Around 11h25 (Brasilia time) of this last Sunday (25), the Canary Islands’ Cumbre Vieja volcano has erupted — but the chances of a tsunami, which were remote before that, remain virtually non-existent. Since the day 10 of September, seismic activities in the region have intensified, indicating the beginning of volcanic activities. The local government raised the alert to orange, carrying out a preventive evacuation for the local communities.

In recent days, the Cumbre Vieja volcano has attracted the world’s attention due to its seismic activity, which has intensified in the last two weeks. Partly because of a potential tidal wave that would form by the eruption and, in theory, could hit the coast of the Americas. According to geologist Marcelo Assumpção, from the Brazilian Seismographic Network (RSBR), this concern arose due to an article published about three decades ago, which indicated a minimal chance of something like this happening with an eruption of such a volcano.

However, the Special Plan for Civil Protection and Attention to Volcanic Risk Emergencies in the Canary Islands (Pevolca) said, in a statement, that there are no scientific bases to support this possibility, which, although real, remains remote . The Prime Minister of Spain, Pedro Sánchez, who would travel to the UN General Assembly in New York, had to change his destination to La Palma, the island on which the volcano is located. 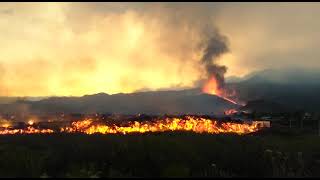 The island was already under alert yellow by the end of the week, indicating that all local communities should stay informed about the evolution of seismic activities and be ready for an evacuation. In the last nine days, more than 25 a thousand earthquakes were detected around the volcano and, this Sunday morning, a magnitude 4 earthquake occurred. .2 — the largest recorded so far. 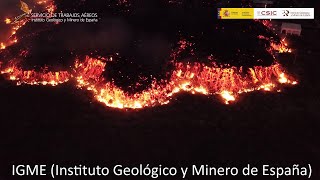 According to the leader of the local government, Angel Torres, more than 5,000 people were evacuated and the lava flow follows towards the coast, reaching some houses along the way.

Geophysicist Sérgio Sacani, from Space Today, explained that a tsunami would only be possible if the eruption would explode at a single location, hurling some of the material into the sea—thus creating the tidal wave—but the Cumbre Vieja has several volcanic vents, so the chances of a large explosion are minimal.

There is still no way of estimating how long the Cumbre Vieja will remain in eruption, but the local government of the Canary Islands research institutes and companies will continue to monitor the region, including the daily lava flow released by the volcano. Either way, the Brazilian population can rest assured: any hype about a tsunami hitting the north and northeast coast of Brazil can be considered sensational.

OFFER | Speakers and wireless headphones are GREATLY discounted at Amazon