Music is capable of great feats, and recently researchers have discovered an interesting benefit: some Mozart compositions can “soothe” the brains of people with epilepsy.

The authors of the study suggest that there is a whole genre of anti-epileptic music that could now be created in the future, based on the Sonata for Two Pianos in D Major K

. To understand the effects of this specific song, the researchers played it to participants with epilepsy, who received brain implants to measure their neural activity. This allowed the authors to monitor a specific type of electrical impulse known as interictal epileptiform discharges, which are strongly associated with epilepsy and can trigger seizures.

for just seconds produced a noticeable decrease in IEDs, particularly in regions of the brain that coordinate emotions, such as the bilateral frontal cortices . However, when study participants listened to their favorite music, no effect was seen. According to the researchers, this suggests that the song K

has an effect on brain activity that is totally independent of whether people like to hear it or not.

The researchers analyzed its musical structure, and concluded that the song in question is “organized by contrasting melodic themes, each with its own underlying harmony”, and hypothesized that transitions between prolonged melodies generate “positive emotional responses” within the brain, that seem to attenuate epileptic activity. With this the group says that it may be possible to develop new non-invasive treatments for epilepsy — something that will be music to the ears of those suffering from the disease. The full study can be seen here. 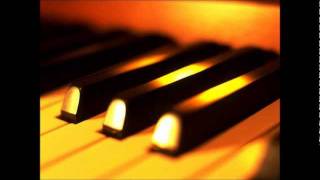 10 Bizarre Diseases You Can Catch at the Gym