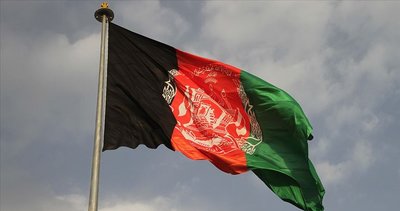 Afghanistan, one of the poorest countries in the world, has one of the world’s largest reserves of lithium alongside traditional mines such as iron, copper and gold – As in many countries where state authority is weak, natural resources do not sufficiently benefit the public and local economy in Afghanistan.

According to the news compiled by CNN, Afghanistan is known to have one of the largest lithium reserves in the world, as well as traditional mines such as iron, copper and gold.

The value of the unprocessed mineral reserves of Afghanistan, one of the poorest countries in the world, is estimated to be close to 1 trillion dollars.

Experts point out that lithium, which is used in rechargeable batteries and similar technologies, which are of great importance in the fight against climate change, is indispensable for the 21st century economy.

The International Energy Agency (IEA) announced in recent months that the global supply of lithium, copper, nickel, cobalt and rare earth elements must increase rapidly in order for the world to cope with the climate crisis.

According to the agency’s data, six times more minerals are used in the production of electric vehicles than conventional vehicles, while large amounts of copper and aluminum are needed for electrical infrastructures and rare earth elements are needed for magnets in wind turbines, but Afghanistan has so far been unable to take advantage of its mineral resources due to security problems, lack of infrastructure and severe drought. .

In the report published by the US Congressional Research Services (CRS) in June, it was announced that 90 percent of Afghanistan’s population lives under the poverty line of 2 dollars per day in the country, while the World Bank described the country’s economy as “fragile and in need of international assistance” in March.

According to Mosin Khan, former Director of the International Monetary Fund (IMF) Central Asia, speaking to CNN, Afghanistan’s mining income is only about $1 billion a year.

According to Khan, who stated that it is estimated that 30 to 40 percent of this income goes to corruption, as in many countries where the state authority is weak, natural resources do not provide enough benefits to the public and local economy in Afghanistan.

Although the Taliban has a chance to develop the country’s mining industry, it is predicted that it will prioritize security and humanitarian problems in the country.

Moreover, at a time when the private sector and investors are subject to increasingly higher environmental, social and governance standards, Khan predicts that entrepreneurs will not take this risk.

IT MAY BE AN OPPORTUNITY FOR CHINA

Experts state that the reserves in Afghanistan could be an opportunity for state-sponsored projects. Lithium and rare earth elements in Afghanistan may be among the long-term plans of the country, which is the world leader in rare earth element mining, especially as China embarks on an important green energy development program, but environmental experts say that mining can cause environmental destruction if not done carefully and warns that it could harm “quiet sections” of society.

China announced earlier this week that it was “continuing communication” with the Taliban.

The Game Awards 2021 have date revealed