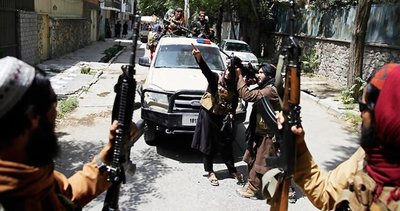 Despite the fact that the Taliban, who took over the government in Afghanistan with lightning speed, declared a ‘general amnesty’, the execution images continue to come from the country. Footage has emerged of Taliban militants executing an Afghan police chief.

The Taliban era in Afghanistan started with violence, the blood of the world was drawn with the images coming from both the Kabul Airport and other cities.

The world is locked in the news from Afghanistan, which came under the control of the Taliban within 10 days. Although the Taliban, who took over the administration of the country after 20 years, made moderate statements, news began to come from the country that would not look like the old period of the Taliban.

According to the news in the British Daily Mail, a police chief who fought against the Taliban was executed by militants.

Images of the moments when the police chief, who was arrested by the Taliban after they took over the region, was killed, also emerged.

The video in question includes the moments when the Chief of Police in Badgis State, near Herat, General Haji Molla Achakzai, was shot dead with automatic weapons.

Giphy lowered its value during sale to Facebook to outwit regulators