So far, all this is free. But social networking is finding new ways to make money. One is through a new feature called Super Follows, for content creators to monetize using Twitter. In this article, we will learn more about what Super Follows is and what you can do with this new monetization option.

Super Follows is a new feature that allows creators to charge other users a subscription to access exclusive content. Anything shared with subscribers is private and visible only to them. The function also names the subscribers themselves, which are known as “Super Follows”. 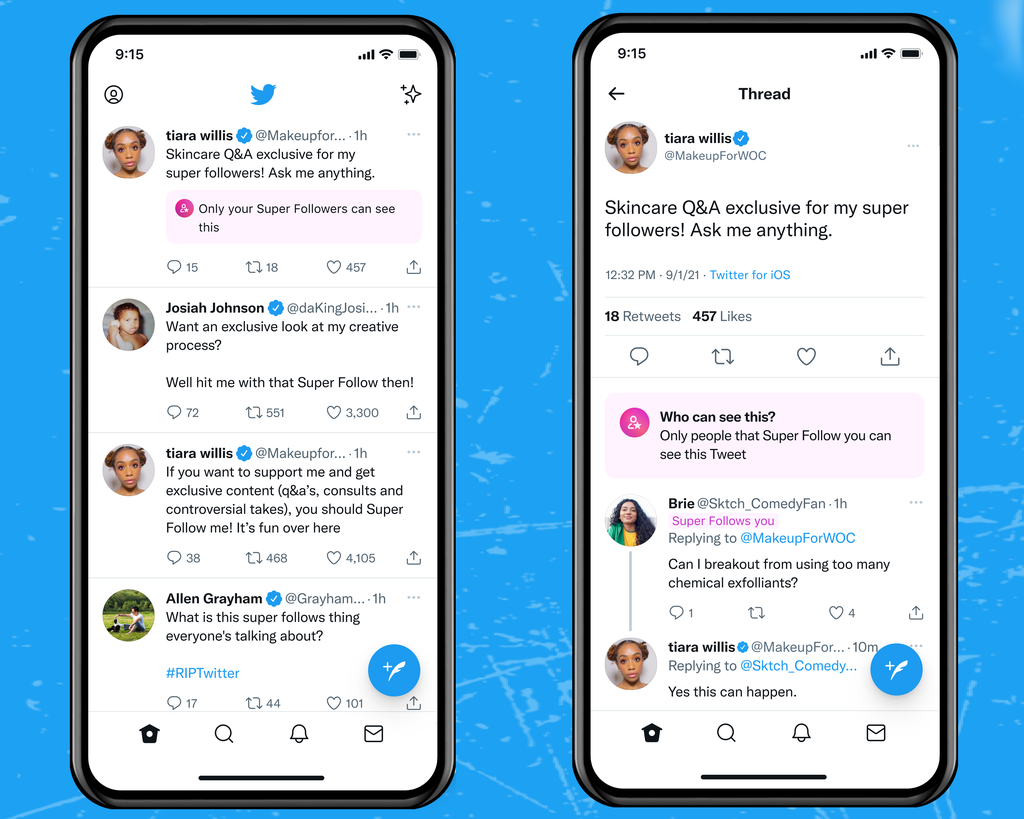 Subscribers, in turn, get a badge that will appear below their profile names . This badge will be highlighted to others every time the subscriber interacts with the content creator, showing that that subscriber is a Super Follow. 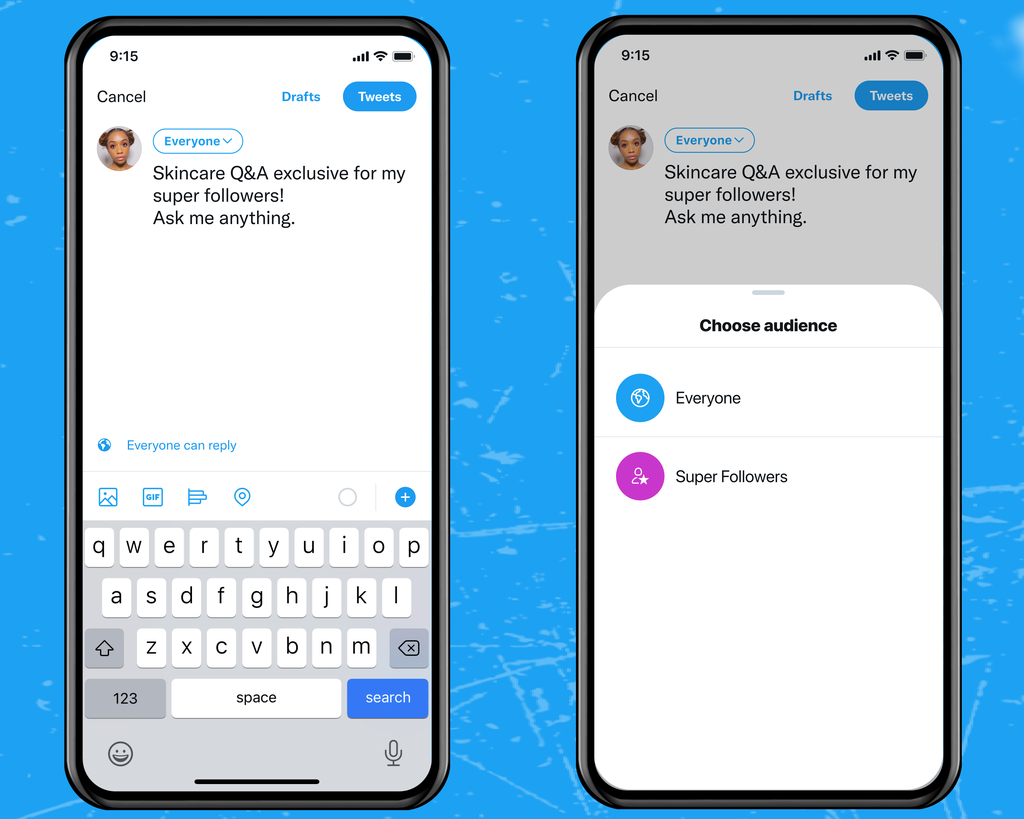 Important: don’t confuse Super Follows with Twitter Blue, they are different things. While Super Follows is a subscription for users to view other people’s exclusive posts, Twitter Blue is a paid model of Twitter itself that unlocks premium features such as undo tweets and a read mode.

In addition, Super Follows consists of an individual subscription, which means that if you want to follow more than one person’s private content, you will need to pay for a subscription on each of these profiles.

There can also be confusion about Ticketed Spaces and Tip Car for Spaces, which seek to generate monetization through voice chat rooms on Twitter Spaces. These are two distinct features that are also not integrated into Super Follows or Twitter Blue.

Not. Still in the testing phase, Super Follows has been released to eligible content creators in the United States only, who can now charge for their posts. On the users’ side, those who live in the US and Canada can become a Super Follow from their favorite profiles.

Super Follows is also limited to the Twitter app for iOS, but the company is already confirmed that it will launch the subscriptions on the Android app and on the web version of the social network. For now, there is no release forecast here in Brazil.

To become a creator with subscriptions on Super Follows, the user must meet certain requirements. Requirements may change when the feature is released globally:

It is possible to create polls, send voice messages and set up private threads. Twitter still promises more functions when Super Follows is launched in other countries (Image: Disclosure/Twitter)

Until this article is published, creators can share tweets, polls, links, threads (sequences with two or more tweets) and voice messages with their Super Follows . In the future, Twitter promises to add other functions, including newsletter sending, the ability to become an anonymous subscriber and access to private rooms on Twitter Spaces.

The subscription fee will be defined by the content creators. There will be three modes, each with a different price (Image: Publicity/Twitter)

At this first time that Super Follows is being tested, content creators receive 97% of the revenue collected by each subscription — the other 3% correspond to the remaining fees with Twitter. However, after a breeder raises more than US$ 52 thousand in all forms of monetization, the user is entitled to 70% of the value.

There is also the App Store tax, which charges 25% of in-app purchases.

In current models, we will assume that you stipulate a subscription of US$4,97 for your Super Follows. Of this amount, US$ 1 50 are the 26% of the App Store and US$ 0, are the minimum Twitter share. The remainder, US$ 3.25 , is the amount you will get for each Super Follow.

Creators interested in monetizing on top of Super Follows will see the feature in their Twitter settings. Users will be able to subscribe directly to the creators’ profile (Image: Disclosure/Twitter)

For now, Super Follows is not available in Brazil. In the US, the function can be accessed within the “Profile” tab, in the “Monetization” option. Remembering, once again, that only the iOS version of Twitter is supported.

Subscribing does not guarantee Super Follows release, as Twitter performs an internal survey to check if the user meets all the requirements. Creators who fail the first attempt get on a waiting list until the social network makes a new review.

When Super Follow is released in Brazil, eligible breeders will now have a dedicated button on their profiles. From there, to become a Super Follow, you must enter the user’s profile and click on this button to purchase the subscription, which is charged every month until you cancel.

Moisture would have caused problem with Starliner spacecraft, says NASA

God of War for PC confirmed with price and release date

Virtual creatures use AI to evolve their bodies and overcome obstacles