NASA announced that the tests with the most promising eVTOL (electric vertical take-off flying vehicle) on the market were successful. Developed by Joby Aviation, the experimental flying car performed a series of procedures to collect data and measure the behavior of the aircraft in general, with a model already in full size. The flight was made and registered at Joby’s Electric Flight Base, in a region close to Big Sur, California/USA.

According to NASA, the objective was to observe the vehicle’s performance and collect data on various aspects of the vehicle, such as sound insulation for use in modeling and simulating future airspace concepts. Once the information has been analyzed, the test results will also help to identify potential gaps in current FAA (Federal Aviation Administration) regulations and policies.

In a video released by the agency, it was possible to see that eVTOL performed several moves, but always in a controlled environment and with remote commands. Information was collected about each action of the flying car, the measurement of noise and communication with the cockpit. As the systems and the vehicle itself evolve in the future—in addition to FAA approval—it is likely that NASA will also conduct tests on humans. 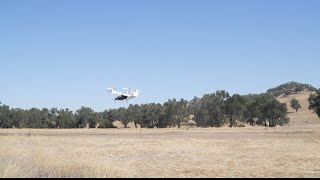 Embraer, one of the strong players in the promising flying car market, has not yet positioned itself whether it will test its model in this program, despite the Brazilian manufacturer has confirmed sales to US companies. It is worth remembering that the manufacturer is also seeking approval from the FAA.

How to block downloading videos on Kwai

Kyrgyzstan President Caparov: Turkey is among the most powerful countries in the world