The new Moto G50 5G, which is in development by Motorola under the codename Saipan, has just had new details confirmed after appearing on a Geekbench listing. The test platform reveals some important specs about the device, such as how much RAM it should hit stores.

Previously, the model has even been seen on Anatel’s website, which indicates that it may be launched in Brazil soon. However, new details continue to appear about the device. The Geekbench platform reveals that the Moto G50 5G “Saipan” will be equipped with 4GB of RAM memory and should already hit stores with Android 11 factory-installed. However, it is also possible that the manufacturer will provide more RAM memory options.

This leak doesn’t reveal much additional information and, regarding the result of the performance tests, the smartphone reached 546 points in single-core analysis and 1695 in multi-core. 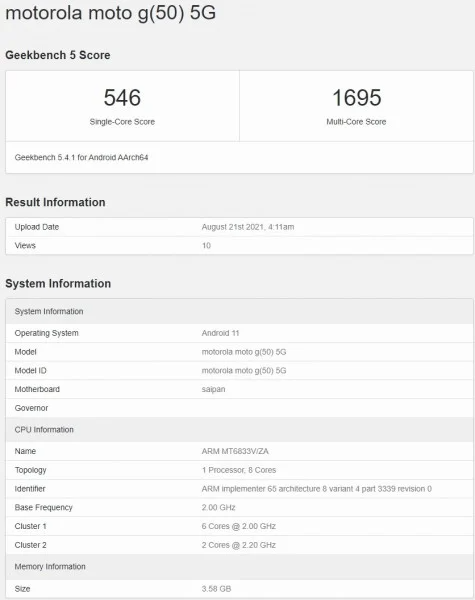 According to other details released in advance in recent days, the new Moto G50 5G will be powered by the MediaTek Dimensity 700 platform and will feature a 6.5-inch screen with HD+ resolution. In addition to RAM memory, it has also been revealed that it will have at least 64GB of internal storage.

For the camera suite, a triple rear module is expected, led by a 48 MP main sensor. On the front, it should have a 13 MP selfie lens housed in a drop-shaped notch. The device can be powered by a 4,700 mAh battery, which should be advertised with a typical capacity of 5,000 mAh. 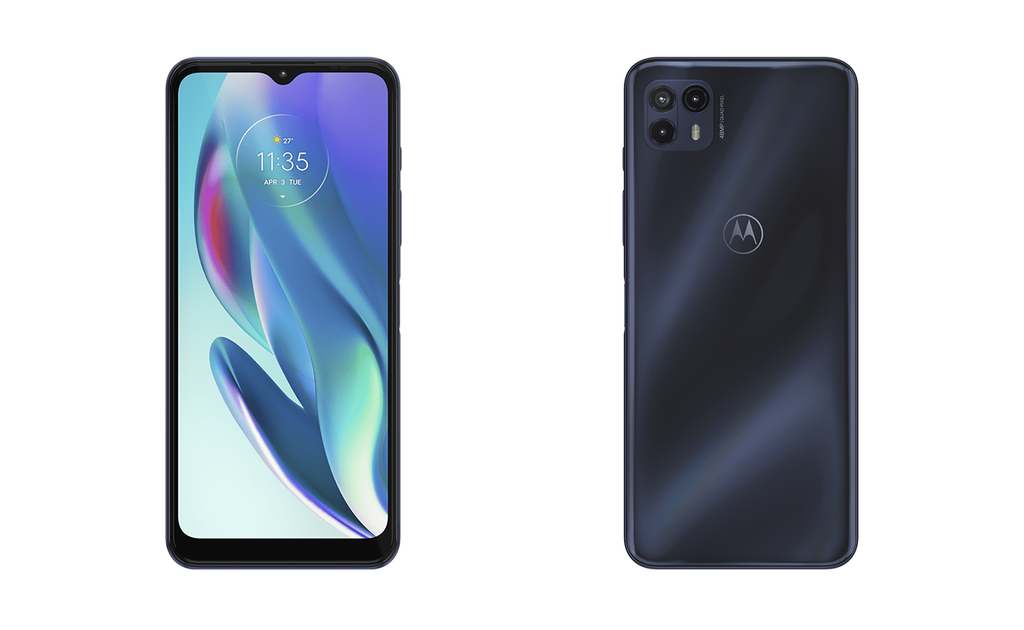 Other details include the presence of a fingerprint sensor positioned on the side, NFC connection and standard 3.5mm headphone jack.

It is important not to confuse this new Motorola cell phone with another device already launched with the same name, the Moto G50 “Ibiza”, made official by the brand in March this year and which also has a 5G network, but equipped by the Snapdragon 480 and with a good look different.