Researchers have confirmed, in a new study published in Nature, the origin of a mysterious emission of gamma rays, which has intrigued astronomers since 1960. This radiation has been found in apparently “empty” regions of space, with no apparent associated objects. Now, the team led by Dr. Matt Roth has discovered that star-forming galaxies are responsible for the event.

They reached this conclusion after modeling the gamma-ray emission of all galaxies in the universe, comparing them with predictions from other sources. Thus, they could also better understand how cosmic rays move through the gas between stars. Cosmic rays create large amounts of gamma-ray emission in star-forming galaxies when they collide with interstellar gas. 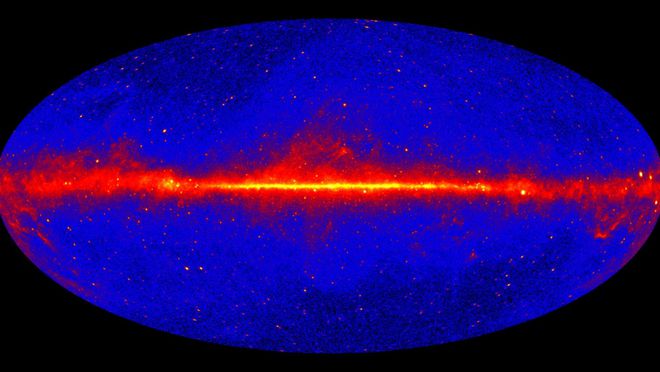 With this, the team was able to determine that these star-forming galaxies produce most of this diffuse gamma-ray radiation . There was only one other known process that could emit this radiation—active galactic nuclei, that is, supermassive black holes that feed on matter. The result of the new study, however, rules out this cause.

The template created by the authors can be useful not only to unravel gamma-ray emissions, but also X-rays emitted by the same type of galaxies. To further expand their knowledge of the galactic interior, they are also studying the production of gamma-ray sky maps, which could be used to show what events could be observed by next-generation telescopes.