The franchise WarioWare, as well as the protagonist himself, is like that eccentric distant cousin that exists in every family. Many times, people don’t even remember that it exists, but when it appears, it draws attention for its different style from the rest of the group. In the case of Nintendo franchises, this translates into style, lightness and, of course, a bit of bizarre. 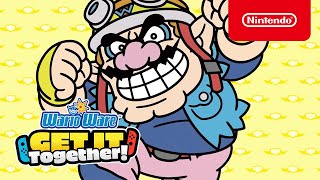 After all, what about a game that, in some moments, aims to shave the armpit hair of a Greek statue and, in another, unlock a pipe or roll a roll. All as part of a single structure, which makes sense within itself and, of course, presents an uncompromising fun, proving that the simplest ideas are often the best.

Now available for Nintendo Switch, WarioWare: Get It Together! even finds time to perform some fourth wall breaks. Microgames, as they are called internally, are creations of the protagonist himself and his troupe of characters with fun stereotypes, which this time, are sucked into the creation itself. Before, the challenged were the players, but now we must also save the work of the protagonists.

Put all these ingredients together and we have a perfect proposal to play in a group, in a face-to-face party as soon as time permits. The laughter will only increase as will the pressure, measured in beats per second that gets faster and faster, as Wario and his troupe recover each other, clean up code bugs and try out the crazy minigames they themselves imposed on us during so many years.

The WarioWare tests: Get It Together! involve simple tasks, with players’ reflexes and understanding being put to the test (Image: Screenshot/Felipe Demartini/Canaltech) 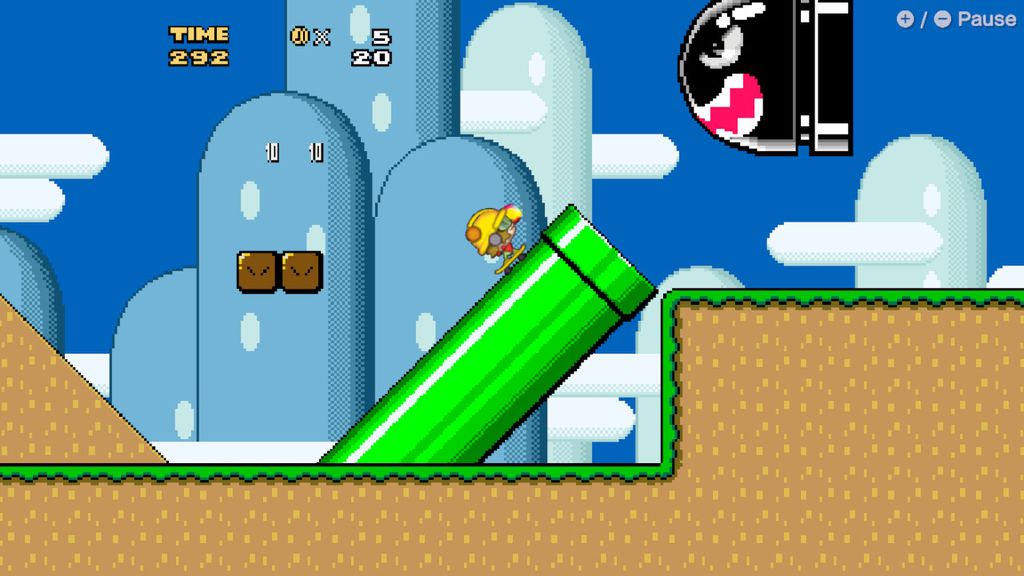 In case you still haven’t understood exactly how the dynamics of WarioWare: Get It Together! work, yes, we’re talking about a title based on minigames. He doesn’t follow a logical line even when the story is being told, with the crazy jokes about the protagonist’s garlic-head nose being just the tip of an iceberg that, in fact, is worth it. get to know by playing.

No stage here lasts more than a few seconds and, believe me, that’s all the time you’ll need to figure out how to perform simple tasks like flipping switches, hide from a child or brush your teeth. However, the addictive secret of this and virtually every other game in the subseries that started on the Game Boy Advance is the curiosity of what comes next, coupled with the response time that puts pressure on gameplay.

The format of WarioWare: Get It Together! also allows Nintendo to play with its own story, mixing the powers of the protagonists with classic game stages (Image: Screenshot/Felipe Demartini/Canaltech)

The Switch’s format prevents some of the crazy ideas we had in the past, involving Wii motion controls, for example, while the evolution of technology allows new formats to be created. Although the gameplay is more traditional, involving analog sticks and buttons, there is a special affection behind ideas like escaping a deadly bite by taking refuge in empty gum spaces or feeding animals by turning the entire dinner table over them.

Not to mention an internship of the most special of the franchise, when we play small versions of classics from the past and also of recent Nintendo history. You can experience an entire stage of the original Super Mario Bros., judge who won a Splatoon duel, help Samus to find the way in Metroid and Link to move heavy block using the power of inertia seen in The Legend of Zelda: Breath of the Wild. These are moments of smile on the face, which remain even if we fail in the goal.

Each protagonist of WarioWare: Get It Together! has a power, but as some can make completing objectives easier or harder, players tend to choose the same ones every time (Image: Screenshot/Felipe Demartini/Canaltech)

The idea of ​​putting the characters inside the virtual world also brought another variation to the series, as if the creativity of microgames were not enough. Each character in WarioWare: Get It Together! has their own abilities, which transform the way challenges are tackled—sometimes more drastically and sometimes making things absolutely difficult.

The pair Dribble and Spitz, for example, flies freely through the scenery, but only shoots to one side, while Mona walks non-stop with her motorcycle and only for when you throw the boomerang. Wario has free flight, while attacking with a charge, and 58-Volt just stands still, using a rope to move around. They are released with each new phase of the campaign mode, with the stages serving both for the player to learn to deal with them and to understand which ones work best under their control.

This variation is also one of the difficulties of the title, as some of the protagonists make the challenges much more difficult than others. Of course, there are phases that won’t appear for certain types of characters, but in most cases, the player’s own choice can end up testifying against this creativity in assembling dolls, making them always chosen for the user to continue forward and don’t end up successively dying under mechanics you don’t master or feel like learning.

The mood of absurdity is in every aspect of WarioWare: Get It Together !, which makes some of the choices made in the title’s multiplayer mode a little weird. Here, the minigames take on a simpler character as a way to extend the game and facilitate competition for up to four people, with a result that becomes simpler. 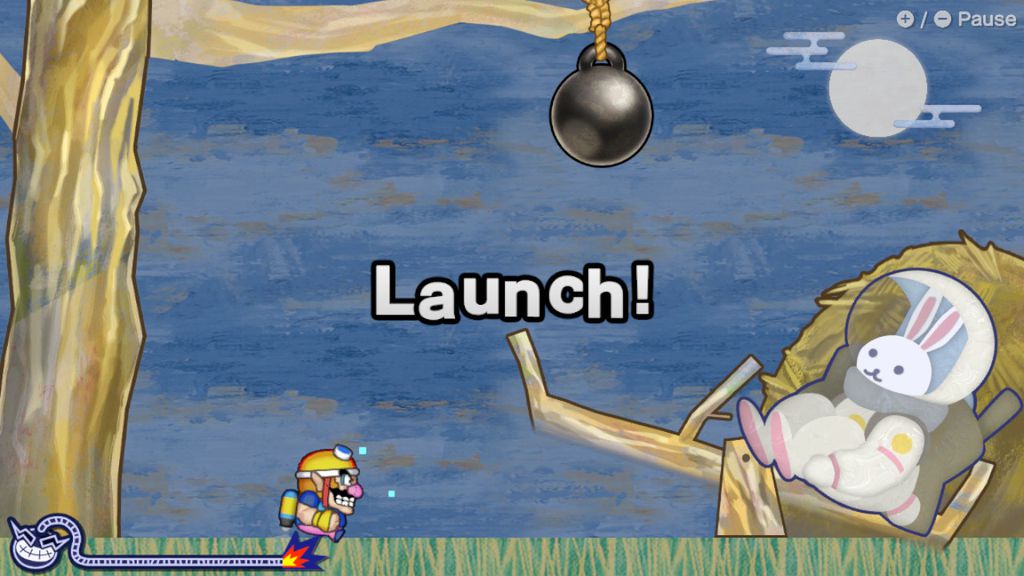 The simple minigames and the lack of character choice in multiplayer contrasts with the wacky and quirky stages of the rest of the WarioWare: Get It Together experience! (Image: Screenshot/Felipe Demartini/Canaltech)

Who part of the craziness of the single-player or versus phases he shouldn’t be too happy with basic golf games or embassadas, while a kind of Super Smash Bros. with more primal mechanics doesn’t attract attention either. Another negative highlight is the impossibility of choosing characters at such times, making Get It Together! more of a local experience than shared through the internet.

Between a simplicity that delights and an absurdity that always instigates us to move forward, perhaps the highest challenge of the new WarioWare is being held in Brazil, where the very high prices may not make it a fast and straightforward experience like this so attractive. After all, here, Switch titles easily cross the R$ barrier 300 and we all know that Nintendo is not a big fan of lowering values ​​for their exclusives.

Place the value on one side of the scale and on the other the campaign that lasts about two hours. Even though dozens of levels are displayed in succession over that time — and believe me, two hours is enough time to play many of them — you can’t criticize those who expect, for the value, an experience with more substance, even if it isn’t always present the same level of fun we see in Get It Together! 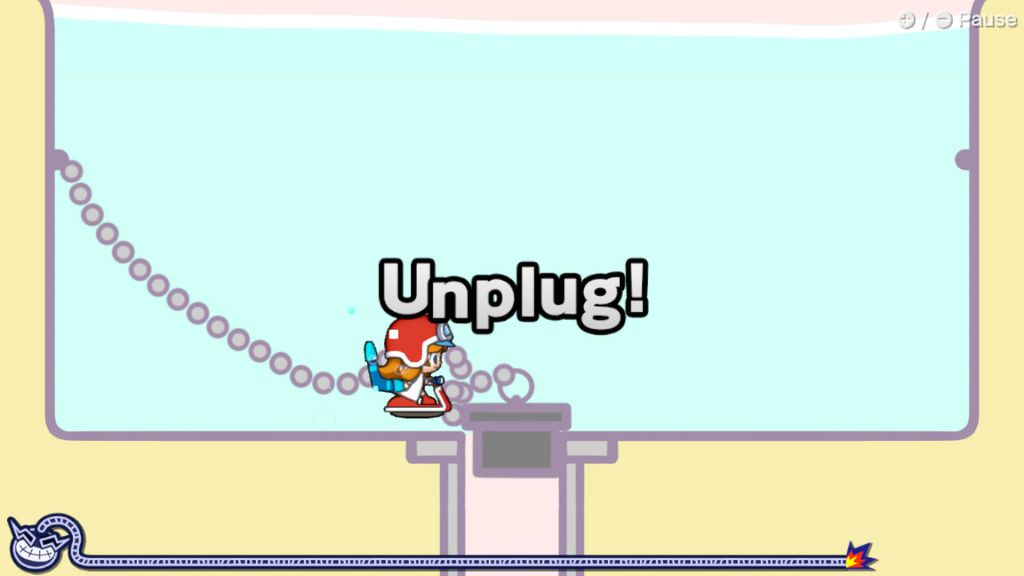 The structure based on minigames is the highlight of WarioWare: Get It Together!, but the short duration can also become the decisive factor when evaluating the delivery and how much the title costs in the Brazilian market (Image: Screenshot/Felipe Demartini/Canaltech)

Within your style, the preference may end up with the traditional Mario Party, although, in the opinion of your writer, the minigames of mustachioed plumber being no match in terms of rite mo, creativity and fun, to those created by their version of the inverted world. However, in one case, we are talking about hours and hours, while in another, a faster experience, and this factor must be absolutely taken into account when choosing.

WarioWare: Get It Together! is as cool as it ever was and mostly serves as a breather for quick fun times, fitting perfectly with Switch’s hybrid format. Its simplicity, however, can end up making the format not unanimously well accepted, due to issues that are beyond its reach.

WarioWare : Get It Together! was tested on a digital copy, kindly provided to Canaltech by Nintendo.

Confirmed! Martian crater Jezero actually harbored a lake in the distant past

Folding from Xiaomi, Google, Oppo and Vivo to be announced in the coming months