Last Wednesday (14), the VALORANT Masters Berlin was marked by the defeat of Vivo Keyd against KRÜ Esports and G2 starting the first defeat of Sentinels in the competition.

In Split, VK managed to secure a satisfactory first half, with the map closing 7×5. At the beginning of the second half, VK suffered a blackout, but sought the 13×11. However, at the decisive point, KRÜ guaranteed the 13×11. On the second map, Haven, Murillo “murizzz” glowed with his Phoenix and Keyd faced an uncreative KRÜ and made an 8×4. In the second half of the map, KRÜ managed to take to the 13×11. In the final moments, keznitdeuS and Mazino secured the victory at Ponto A and took the place in the playoffs with 2×0 in the series for KRÜ Esports. 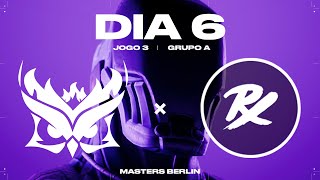 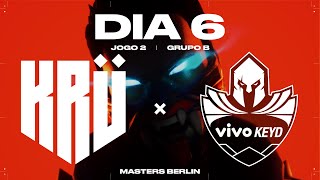 Haven between the two teams scored a balanced confrontation, but Paper Rex ended up taking the game to overtime and secured the first map by 13×14. At Breeze, SMB Turks ran over Paper Rex, and tied the series with a loud 13×2. On the third map, Split, SuperMassive secured victory with a 13x. In the end, the series was 2v1 for the Turks of SuperMassive Blaze.

Something “very annoying” happened in Icebox for Sentinels. G2 opened the map on the attacking side and scored a 7×0 on the current Masters champion. Sentinels still managed to take 3 rounds, but the hustle was done and the game closed by 13×3 for G2. The second map, Split, was very balanced and started with the G2 closing the first half 8×4. When switching sides, TenZ’s star began to glow and almost sketched a Sentinels reaction. But in the end, the Europeans closed for 13×10 the map and made the 2×0 in the series.

Astronauts take new photos of the ISS from afar — and they are sensational!