The App Store, the official app distribution store for Apple devices, is a proven reliable place to download and install apps. It has strict access controls and assertive policies related to user security and privacy, while competitors are more flexible and provide loopholes for malware and viruses.

Because of this, and many other factors, it is not uncommon for some apps to simply disappear from the store and no longer be available for download. That’s exactly what we’re going to cover in this article, so that you, the reader, can understand why you can no longer find a particular app in the App Store on your Apple device.

Why do apps disappear from the App Store?

This is the most common reason why apps disappear from the App Store without leaving a message. Apple has bureaucratic policies and follows them to the letter. Therefore, if an app or developer doesn’t track them properly, the company removes the app from the store summarily.

Some of their recurring policies are:

Content Infringement: Apple blocks apps that promote inappropriate or harmful content or services, such as trading in prohibited goods, nudity, and pornography, among others. Intellectual Property: No one likes to have their work copied, and Apple mediates this process. If a developer copies popular parameters from other apps, especially in games, their app is retired. This is also true for apps that download YouTube videos, copyrighted music, and more. Viruses, malware, adware: the obvious needs to be said, Apple is averse to apps that may contain code that puts its users’ devices at risk. They seriously violate the company’s terms of conduct and don’t even get an opportunity to enter the App Store. Payment Guidelines: Apple has a clear policy on marketing and financial transactions between apps and users. Each content sale must pay a 30% fee to the company, which prohibits “outside” sales. Epic Games was punished for breaking this rule and their game, Fortnite, barred from the App Store.

2. Blocking by country laws and regulations

This is especially true for streaming services that are not available elsewhere, or games that are blocked due to their content. In Brazil, the most famous case is the game Grand Theft Auto: San Andreas, barred from the Brazilian App Store.

Developers need to be very careful about the compatibility of their apps on Apple devices. For the best user experience, it is not uncommon for apps to be removed from the App Store for not working properly.

The reverse logic is also valid: if an older iPhone or iPad is not able to run an application that is perfectly compatible with the newer generations, they are removed from the compatibility list. Therefore, many older smartphones cannot download WhatsApp and other common apps.

4. The developer takes down

The last reason, and not the least, is removal of the application by the developer himself. This usually happens when dealing with older applications, poorly revised, with performance issues and other reasons.

One of the best known cases is the removal of Flappy Bird. Without any prior reason, the developer himself decided to take his game off the air with the justification that people were becoming “addicted” to it.

Where can I find apps outside the App Store?

If you have downloaded an app in the past and are no longer viewing the App Store, you may still be able to download it. To do this, open the App Store, tap your profile picture, go to “Purchases” > “My Purchases”. Scroll down and look for the list of apps, or use the “Search” field. 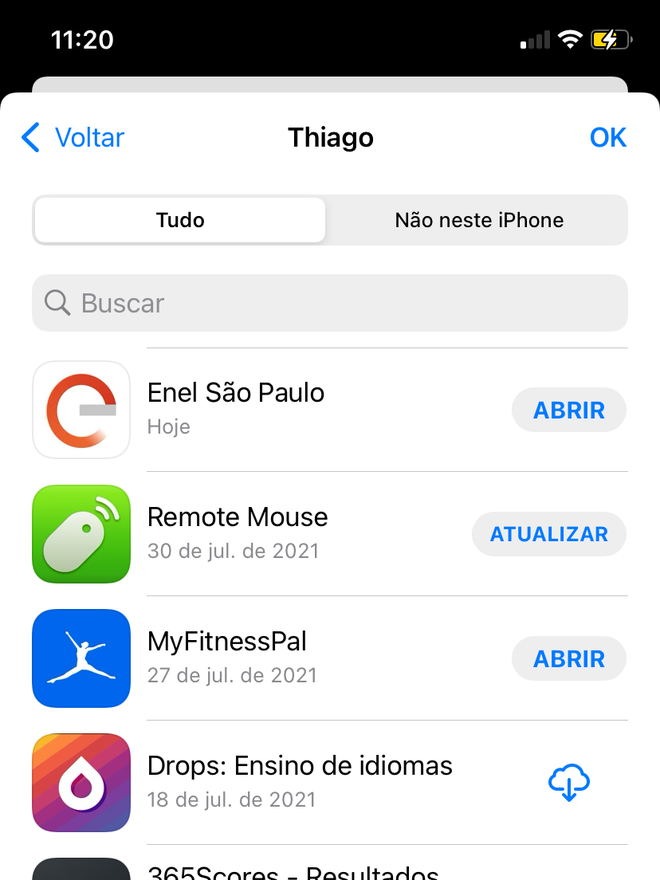 Search for apps that have been downloaded and are not available from the App Store – Screenshot: Thiago Furquim (Canaltech)

If you’re looking for apps outside of the App Store, there are two ways: via jailbreak or third-party profiles. Jailbreaking an Apple device is quite dangerous as you will lose the Apple security barriers that protect your device from threats.

And while downloading third-party profiles doesn’t mess with the internal structures of Apple devices, we don’t advise opting for this method either. Just like any operating system, they can take advantage of code loopholes and threaten your data integrity and privacy.

Source: How to Geek

Brazil records 600,000 deaths as a result of covid, according to a survey