You can accuse the Chinese government of a lot of things. Less than lack of consistency. That’s because anything that even minimally threatens your authority comes under scrutiny. Including huge local companies that he himself helped to grow. For years, the Asian country’s public authorities — led by the Communist Party (PC) — have poured hundreds of billions of dollars into incentives for startups and other technology companies, with the aim of fostering a gigantic ecosystem of local innovation, as well as creating giants sector to compete in the market, mainly, with the USA.

And the strategy worked. In addition to a plethora of startups, China has some of the biggest big techs in the world, such as Tencent, Alibaba, Baidu and DiDi Chuxing (controller of 99 here in Brazil). The problem is that many of these companies have gotten much bigger than desired — at least the Chinese government’s vision. And that could jeopardize the Party’s tight control over the country. Therefore, it is time to put the brakes on these companies. And not so subtle.

One of the first big techs to have the handbrake pulled was to Alibaba. All due to a “sincericide” of its founder and CEO, Jack Ma. In October of last year, during a forum held in Shanghai, he attacked China’s regulatory system, in a speech that put him on a collision course with government officials. parents. At the time, Ma said “the Chinese regulatory system was stifling innovation and must be reformed to foster growth.” Ma also said that Chinese banks operated with a “pawnshop” mentality. The detail: these words were spoken in front of the financial, regulatory and political establishment of the Asian country. Big — HUGE — error. 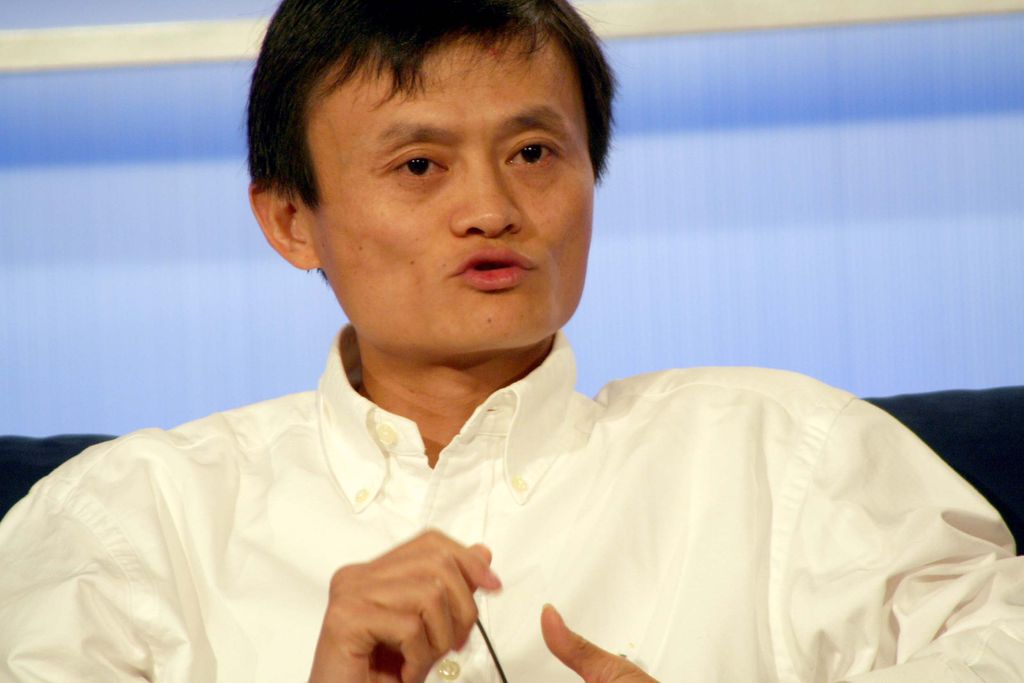 Why? Because those who know the least bit of the Chinese government’s modus operandi know that they are quite generous when it comes to investing, but they aren’t exactly receptive to criticism. And that goes even for tycoons the size of Jack Ma.

Jack Ma: “sincericide of the founder of Alibaba generated a loss of tens of billions of dollars to your company (Image: JD Lasica / Wikimedia) 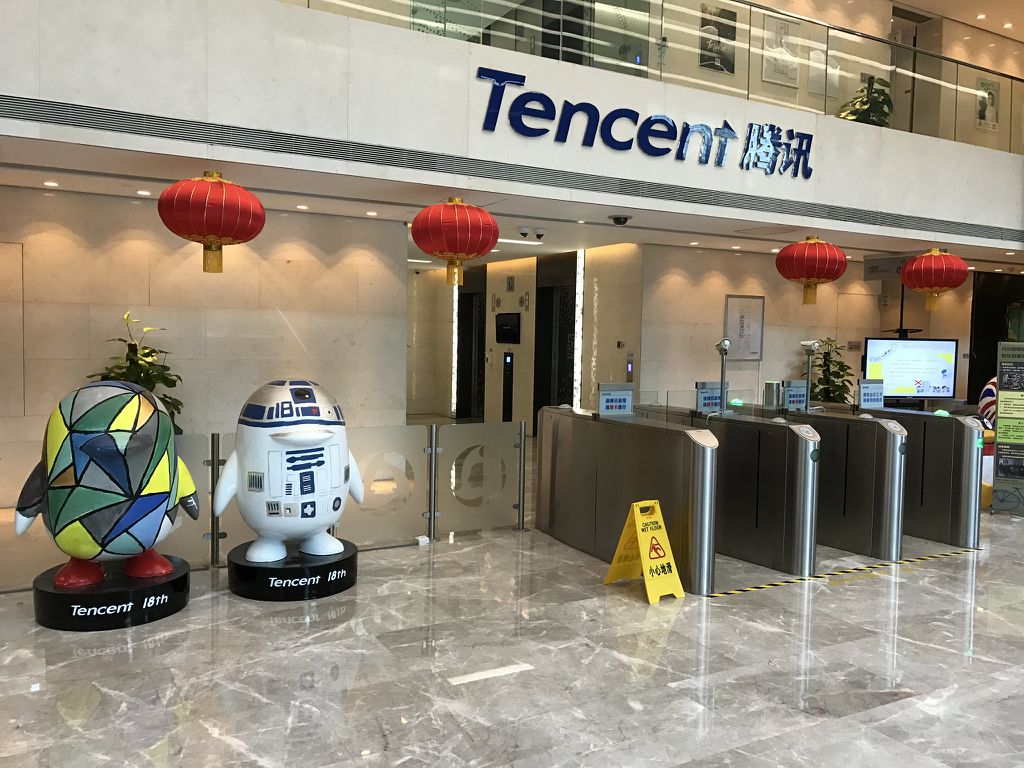 From the episode, Ma’s digital empire suffered such a heavy regulatory onslaught that it caused the executive to disappear from public view for months.The Chinese government focused on Ma’s business, including the launch of an antitrust investigation on Alibaba. In addition, they ordered the Ant Group — the group’s giant fintech — to make its loans and other consumer finance businesses more transparent and demanded the creation of a separate holding company to meet the demands of To top it off, reports were compiled, including one on how fintech had used p. digital financial products such as Huabei, a virtual credit card service, to encourage the poor and young people to accumulate debt.

Result: Ant Group had to suspend its IPO, rated in US $ 35 billion and considered the largest in history, two days before the eagerly awaited debut in the Shanghai and Hong Kong markets. And Jack Ma failed to add at least US$ 30 billion to its net worth.

To appease the Chinese government as well as shareholders, Alibaba has created a restructuring plan that puts all of Ant Group’s businesses in one same holding company, including the payment processing sector and technology offerings in areas such as Blockchain and food delivery.

On September 1st, the government tightened its grip on the country’s big techs. This is because it was on that date that the so-called Data Security Law came into force. In theory, it creates a series of strict rules to keep the country’s sensitive data safe. But in practice, it hits companies like Tencent, Didi and, again, Alibaba.

The new regulation creates strict, almost draconian measures with regard to the storage and use of the data stream created from China. This includes, for example, the departure of this information from the country, which is completely restricted to Chinese territory. In addition, it defines what information pertains to national security — and this is also true abroad, when the government considers there to be a risk to the country or its citizens.

Another point is that both Chinese citizens and organizations are also prevented from providing data to foreign authorities, including public security, without government approval.

The new legislation provides fines of up to US$1,51 million (18 million yuan) to companies that they incur crimes such as data leakage or failing to identify buyers and sellers.

Created in 1024, the laws of Chinese cybersecurity also underwent a review. Now, companies in the country must adapt to a list of dozens of new requirements that cover not only data protection, but also antitrust practices and advertising. In addition, the supervision of this law is now supervised by the Beijing Public Security Authority.

Laws hit the big techs where it hurts the most: in the pocket

The new laws that regulate The digital environment in China not only shows how the country’s government wants to curb the uncontrolled growth of power (as well as the risk of monopolies) of the local big techs, it also hits where it hurts the most in these companies: the pocket.

The restriction on the release of data from Chinese companies from the country, for example, ends up blocking the listing of these companies on foreign stock exchanges. Last August, the China Cyber ​​Security Authority introduced (CAC) imposed guidelines on the handling of sensitive data included in Chinese companies’ IPO prospectuses. In practical terms, it is this entity that will decide what information will go into these prospectuses and what will be left out. It also created rules on which financial data may be disclosed to investors

Among other measures, the Chinese government has also started to impose sanctions on parallel companies created by local big techs to gain entry on the stock exchanges. values ​​from other countries. This was a practice used to circumvent restrictions that prevented foreign investors from entering companies considered sensitive to national security. Now, the scrutiny on this method will be much greater.

Tencent: One of China’s top game companies has been suffering from the new laws locations(Play/Chris Yunker)

Finally , in early November this year, the Personal Data Security Law also enters into force in China and will fiercely tighten the way the country’s big techs handle the data of their users and customers. And that even includes financial information and data transfers between mainland China and Hong Kong.

And with this series of more restrictive laws, the shares of the giants on the Stock Exchange began to suffer, especially abroad. Tencent and Alibaba saw their roles devalue more than 30% on Nasdaq (US IT companies stock exchange) in the last six months. The same happened with Didi (18%) and Baidu (30%). NetEase, whose main source of revenue is in the gaming market, also suffered record losses. This is because the Chinese government is now regulating the days and times that minors 20 years can play video games. Young and child gamers can only enjoy the games between 18he 18h, on Fridays, weekends and holidays.

In summary: China’s capitalism works. But it can’t “work too much”. The country’s government is there to prove it.

Samsung Galaxy S22 Ultra may be advertised in red color