A rainy day accompanied by rays of the sun. These are often the basic ingredients for the formation of a rainbow. As an optical phenomenon, its existence is nothing more than an illusion of human eyes, which capture this light scattered by the falling water drops — literally, it is not possible to touch it. Even so, it draws attention both for its colors and for its curved shape. But, after all, why is the rainbow shaped like an arc?

To explain the shape of a rainbow it is necessary to first understand some properties of light, as well as its refraction. Sunlight carries many other wavelengths in addition to visible colors—those that human eyes can see. When there is nothing in the path of this light, it follows in a straight line, but the water drops refract it, changing its direction and thus dividing it into the seven dominant colors of a rainbow—from red to violet.

Origin and shape of the rainbow

Actually, the rainbow is a complete circle , but it is impossible to view it that way because the horizon hinders the full view. The phenomenon is caused by the scattering of sunlight, refracted by water droplets, roughly spherical, which function as prisms — not just raindrops, but any event that leaves water particles suspended, such as fog or waterfalls. 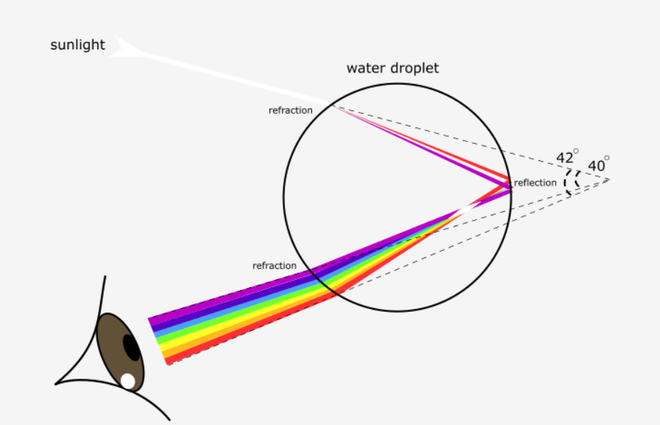 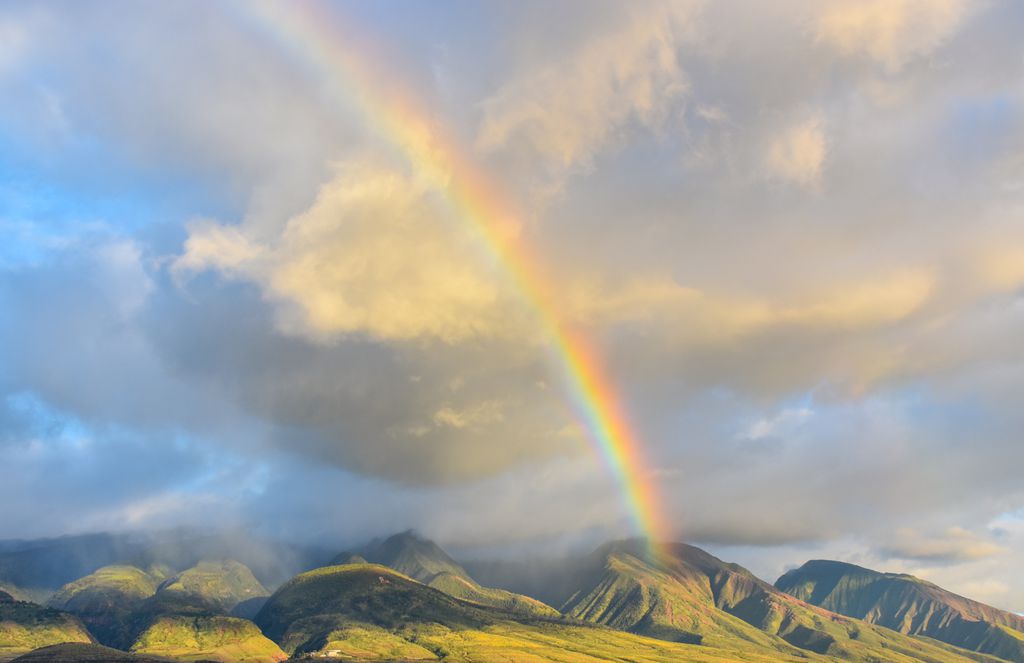 The sunlight falls on each of the water particles and, inside them, changes direction at an angle between 40 and 42°, leaving there as a reflection. It is reflected in different directions, but as the drops are relatively spherical, it is more intense between these angles.

It is essential that the observer is positioned between the rain (or any other source of particles of water) and the Sun, because it is at this point where the eyes catch this light reflected and refracted by the water. To recap, the reflection is responsible for the shape and the refraction by the various colors.

The beauty of the optical illusion

The rainbow does not exist in a palpable way in the sky, that is, it is impossible to reach or touch it. As it is a phenomenon of light, only the eyes can perceive it, always positioned between the Sun and the observer.

This is also why it is observed in different sizes, because, to guess its dimensions, the brain uses any nearby information for this. If next to the rainbow there are mountains, for example, it will look bigger. When isolated, it appears to be smaller.

Sometimes, the phenomenon may appear accompanied by another, weaker arc. This happens due to the additional reflection of light in the water droplets, which causes the colors to be inverted in relation to the more vibrant arc, which has blue on the outside and red on the inside.

The best ones to play Mario Kart Tour

Armed attack in front of the French Embassy in Tanzania! 3 policemen died