Researchers at the Institute of Geophysics in Zurich, Switzerland, have developed a new method that uses acoustics to hide objects. The system works as a kind of “invisibility cloak” that camouflages the sound waves in the acoustic fields, making these elements totally imperceptible.

One way to acoustically hide an object is to coat its surface and prevent it from reflecting any sound waves. However, this system does not allow for flexibility, operating only within a limited frequency range, making it unsuitable for many applications far from laboratories.

With this new approach, scientists have been able to scale up the initial acoustic field in real time, causing entire objects to disappear. This technique also works in reverse, allowing you to simulate the existence of parts without them being physically in a certain location.

“This opens up incredible possibilities for research that were previously inaccessible, as well as making it easier to use in more practical applications, including architectural acoustics, underground structures and stealth”, explains professor of applied geophysics Johan Robertsson, lead author of the study.

During testing, the researchers placed the target object in an outer ring of microphones — used as audio sensors — and an inner ring of speaker, working as sources of control. By analyzing the sound waves picked up by the microphones, a computer directs the speakers to adjust the sound field, making it behave as if the object were not there.

To mask this object, the control sources emit a signal that completely erases the reflected sound waves. This technique allows you to hide the existence of a 2D object measuring up to 61 centimeters or simulate the presence of a imaginary object of the same size.

“With further study, we hope to be able to better scale this technique to work with much larger 3D objects operating at wider frequencies. Currently, it is possible to manipulate the acoustic field in a frequency range of more than three and a half octaves”, adds Robertsson.

The maximum frequencies for camouflaging objects in two dimensions range from 5.900 Hz to 8.61 Hz. The system developed by the scientists increases the sound waves airborne, but the idea is to produce acoustic illusions also underwater, with potential use in sensors and communication systems. 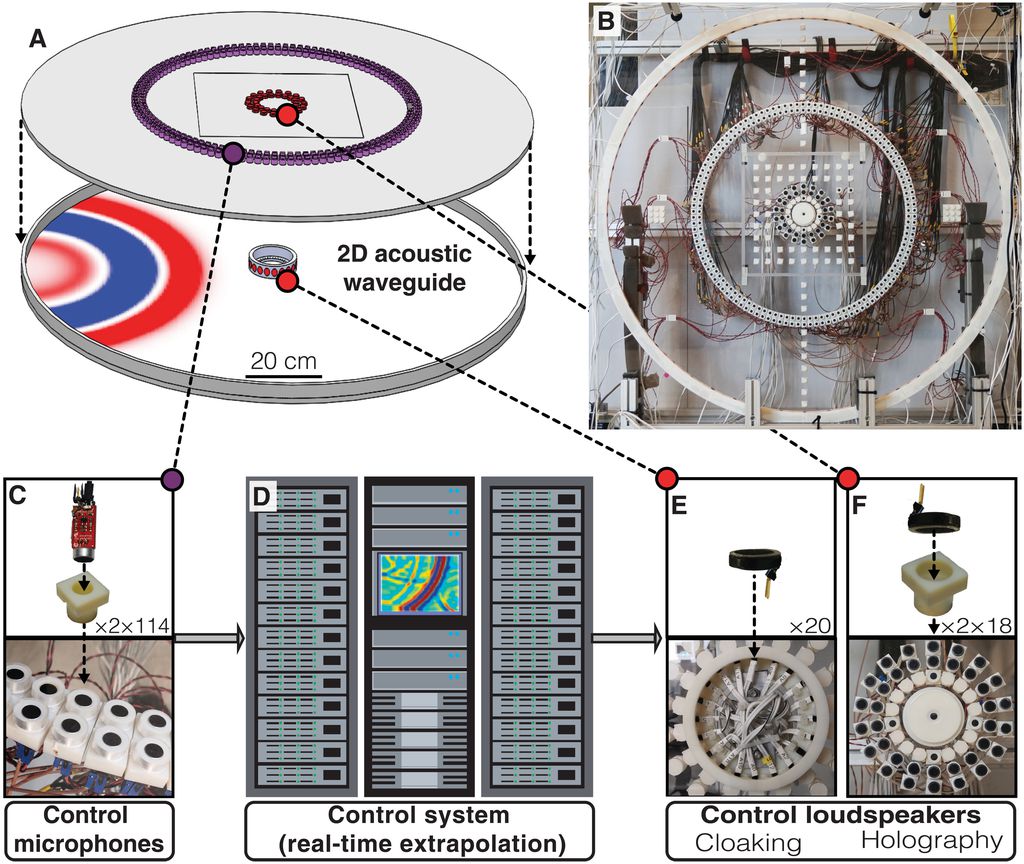 Technique allows to hide or simulate the presence of objects in acoustic fields (Image: Playback/ETH)

Scientists have further proved that this new technology can be applied to the broader study of underground structures in the future. They used controlled ultrasound waves, with frequencies above 61 kHz to determine the acoustic properties of different types of minerals.

“Far from the laboratory, we also study underground structures with seismic waves at a frequency of less than 61 Hz. Our new process for manipulating acoustic fields will allow the creation of more accurate analysis systems, overcoming the dead zone between higher and lower frequencies”, concludes Robertsson. 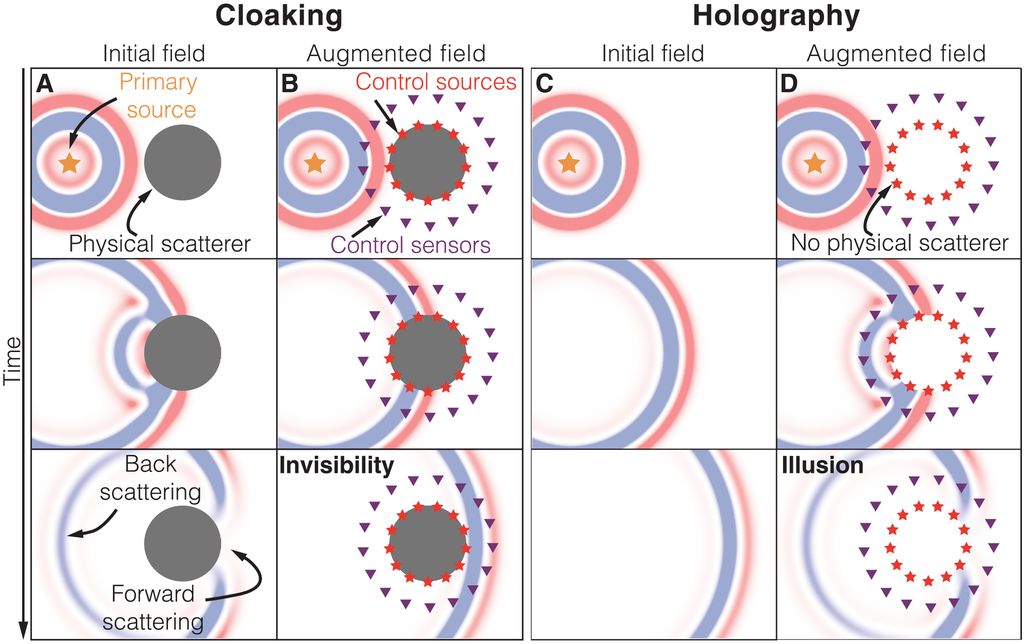 10 AMAZING armors that give you “super powers”

Rumor has it that William Shatner, Captain Kirk of Star Trek, will go into space

GTA: we rank the best games in the franchise