An international team of scientists managed to map the chemical composition of protoplanetary disks around five young stars relatively close to Earth. The study showed that the “soup” of elements is not evenly distributed in the disks, a valuable information for theoretical models and simulations of planetary formation.

This was the most extensive high-resolution mapping of the chemical composition of protoplanetary disks ever performed, and resulted in a series of articles, detailing several important aspects of planet formation. The studies will be useful not only for understanding the young systems analyzed, but also for answering some questions about our own Solar System.

The study revealed the presence and specific location of 18 molecules in the disks, including carbon, cyanide, hydrogen, among others important for the formation of the so-called building blocks of life. “These planet-forming disks are filled with organic molecules, some of which are implicated in the origins of life here on Earth,” said astronomer Karin Öberg, one of the study’s authors.

According to the study, “the distribution of these organic products varies dramatically within a specific disc.” This has a major implication for the formation of planets: each will have specific properties according to the concentration of certain elements in the region of the disk where they form. In other words, two worlds can appear in the orbit of the same star and have very different compositions.

Another implication of this discovery is that, depending on the region of the disk where they form, each planet will or will not have a predisposition to life. Finally, each disc is also quite different from the others in terms of composition, “with its own distinct set of chemical substructures,” said Öberg. The stars analyzed were: IM Lup, GM Aur, AS 1024, HD 503648 and MWC 480.

Those regions of the disk in which the molecules important were also located are where asteroids and comets form. The researchers said it is possible that a process similar to the one that would have helped start life on Earth takes place in these five discs: a bombardment of asteroids and comets transfers organic molecules essential for life to the newly formed planets.

By analyzing molecules, scientists also gain information about disk ionization levels, temperature structures, kinematics, and gas surface densities, all key ingredients of disk evolution and protoplanet formation models — the building blocks of worlds, which do not always succeed in becoming a planet. When they “fail”, they can become giant asteroids, as is the case with Vesta.

All this means that if the distribution of organic elements is not very favorable to life in the formation region of a certain planet, it may be that history will change if this world is hit by asteroids and comets that were born in regions richer in vital elements. The study “answered for the first time questions that we didn’t think to ask decades ago and also presented us with many more questions to answer,” said Öberg.

This research is the result of decades of work on the chemistry of planet-forming disks, performed by scientists using the Atacama Large Millimeter / submillimeter Array (ALMA). The project is called Molecules with ALMA at Planet-forming Scales (MAPS) and the articles resulting from the research will be published in the Astrophysical Journal Supplement Series. Therefore, it is very likely that many more discoveries will be announced by the MAPS team soon. 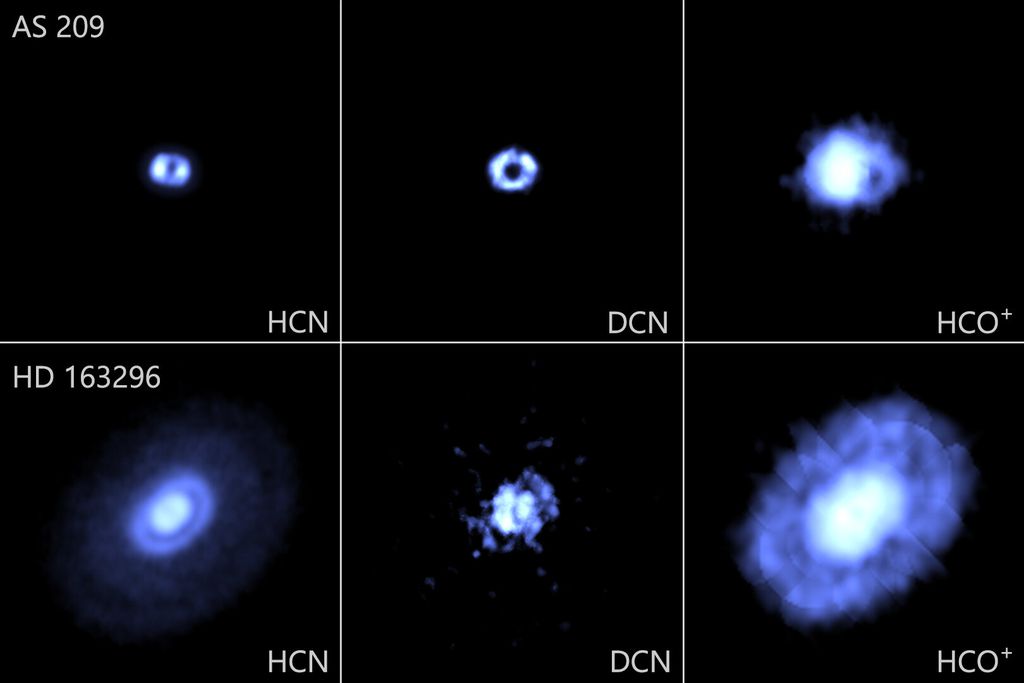 Astronauts can use air from Mars to produce rocket fuel there