Investigations into Tesla’s AutoPilot failures spilled over into other automakers. The United States authorities requested that the NHTSA (the agency that regulates traffic in the country) also collect data from the semi-autonomous driving systems of vehicles from Toyota, Honda, Volkswagen, Ford, Nissan, Stellantis and General Motors.

Even if Tesla’s flaws are at the heart of all the problems, it would be natural for other companies also come into the government’s sights, after all. they also offer similar solutions to the Elon Musk automaker and support factories in the United States. The request made by the NHTSA department specializing in faults and investigations requires all the data from manufacturers that have to do with level 2 autonomous driving systems.

Although they also enter the cake, all these companies have more time to present their information. The date stipulated by the authorities was 17 November, almost a month ahead of Tesla, who needs to hand over his data to investigators by day 17 of October. If this decision is not complied with, economic sanctions could reach US$ 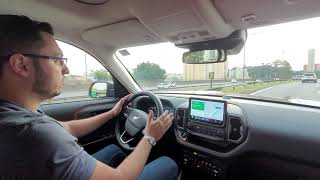 Level 2 autonomous driving is one in which the car can accelerate and brake under specific circumstances, always with the driver having full attention on the track. Features such as adaptive autopilot and emergency automatic braking system are some of the items in this category.

Tesla in the hot seat

Tesla has come under closer investigation by the NHTSA after reports of several accidents with her AutoPilot, one of the most advanced semi-autonomous driving systems on the market. The failures always happened with cars parked on the shoulders, mainly vehicles or ambulances, which were not detected by the Tesla Vision cameras present in the cars.

Tesla’s AutoPilot continues in beta phase and the promise of Elon Musk is for it to be ready by the end of the year.

Controlling Google's search customization will get a little easier