Have you ever heard that expression “taste of its own poison”? Why doesn’t this happen to animals that are actually poisonous? The ability of these animals to avoid self-intoxication has intrigued scientists for a long time, and it now stars in a study at the University of California, San Francisco.

The study focused mainly on small poisonous frogs, from the family Dendrobatidae — which they live in the rainforests of South and Central America. A single frog carries enough poison to kill adult humans. They are not born poisonous, but acquire their poisonous chemical substance by eating insects and other arthropods — and of the genus Phyllobates, which employ a toxin called batrachotoxin, which acts by interrupting the transport of sodium ions in and out of cells.

Batrachotoxin causes the ion channels to remain open, resulting in a free flow of positively charged ions in the cells. If they fail to close, the entire system will lose its ability to transmit electrical signals. Basically, we need these channels to open and close to generate electricity that moves our brain or heart muscles, for example. If the channels simply remain open, there is no cardiac or neural activity.

How do animals escape their own poison? 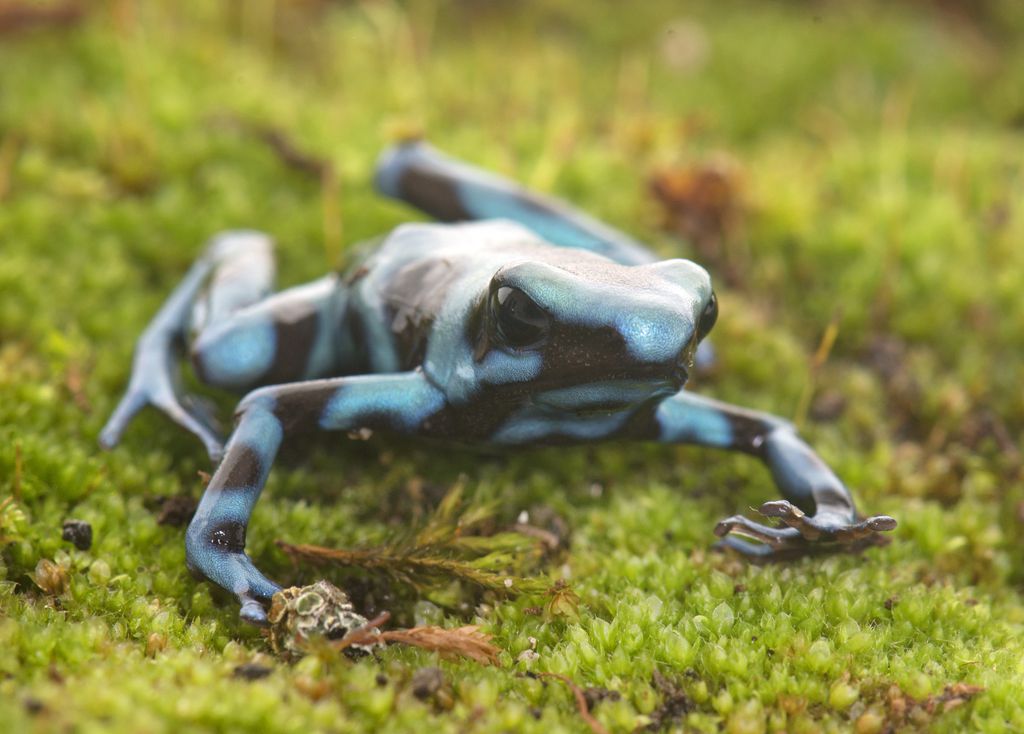 There are three strategies that poisonous animals use to stop self-intoxication, according to study. The most common involves a genetic mutation that slightly alters the shape of the toxin’s target protein so that it cannot bind to take effect. For example, a species of poisonous amphibian called Dendrobates azureus carries a toxin called epibatidine, which mimics a beneficial signaling chemical called acetylcholine. These animals developed adaptations in their acetylcholine receptors, which slightly changed their shape, making them resistant to the toxin (since it doesn’t fit the receptor, like a key in a wrong lock).

Another strategy used by predators of venomous animals is the ability to completely get rid of the toxin from the body, according to the researchers. This process is not necessarily the same as avoiding self-intoxication, it’s just another way animals avoid being poisoned by the things they eat. The article further points out that frogs likely produce a protein that can absorb the toxin and retain it, meaning the toxin will never have a chance to reach these vulnerable protein channels in the first place.

You can check the full study here.