Nebula — brand of Anker, popular maker of accessories such as chargers and data cable — has just launched a new product, which should hit the market to compete with dongles like the Chromecast with Google TV, Mi TV Stick from Xiaomi or even the Fire TV Stick from Amazon.

The new device, dubbed Nebula 4K Streaming, is another accessory option that serves to “transform” an ordinary TV into a Smart TV — as long as it has an input for an HDMI cable. Nebula 4K Streaming has the Android TV interface, which guarantees the possibility of downloading several applications, such as Netflix, Amazon Prime Video, HBO Max, Disney Plus and other streaming services.

It has a simple design, with a body that resembles a compact power bank and the brand logo stamped on the front. Other than that, the accessory has only an HDMI port and a micro USB standard power connector.

In terms of specs, Nebula 4K Streaming arrives with Android 10 factory installed and has support for HDMI 2.1, has 4K resolution — as its name already makes explicit — HDR and Dolby Digital Plus audio. As for its hardware, it is equipped with 2GB of RAM memory and 8GB of internal storage, but there is no information about its chipset.

Another highlight is its control, which follows the Google G reference design10 and has dedicated keys to access some of the major streaming platforms — Netflix, Amazon Prime Video, Disney Plus and YouTube.

Nebula 4K Streaming is now available for purchase on Amazon in the United States, with a price of US$ 99 (about R$ 468 in direct conversion). As a comparison, it is considerably more expensive than Chromecast with Google TV and Amazon Fire TV Stick 4K which cost, respectively, US$ 89 (BRL 1024) and US$ 89,89 (BRL 99) in the North American country.

So far there is no information about the arrival of the accessory in other countries, but Anker operates in Brazil in partnership with Positivo, so it would not be strange to see it land here soon. 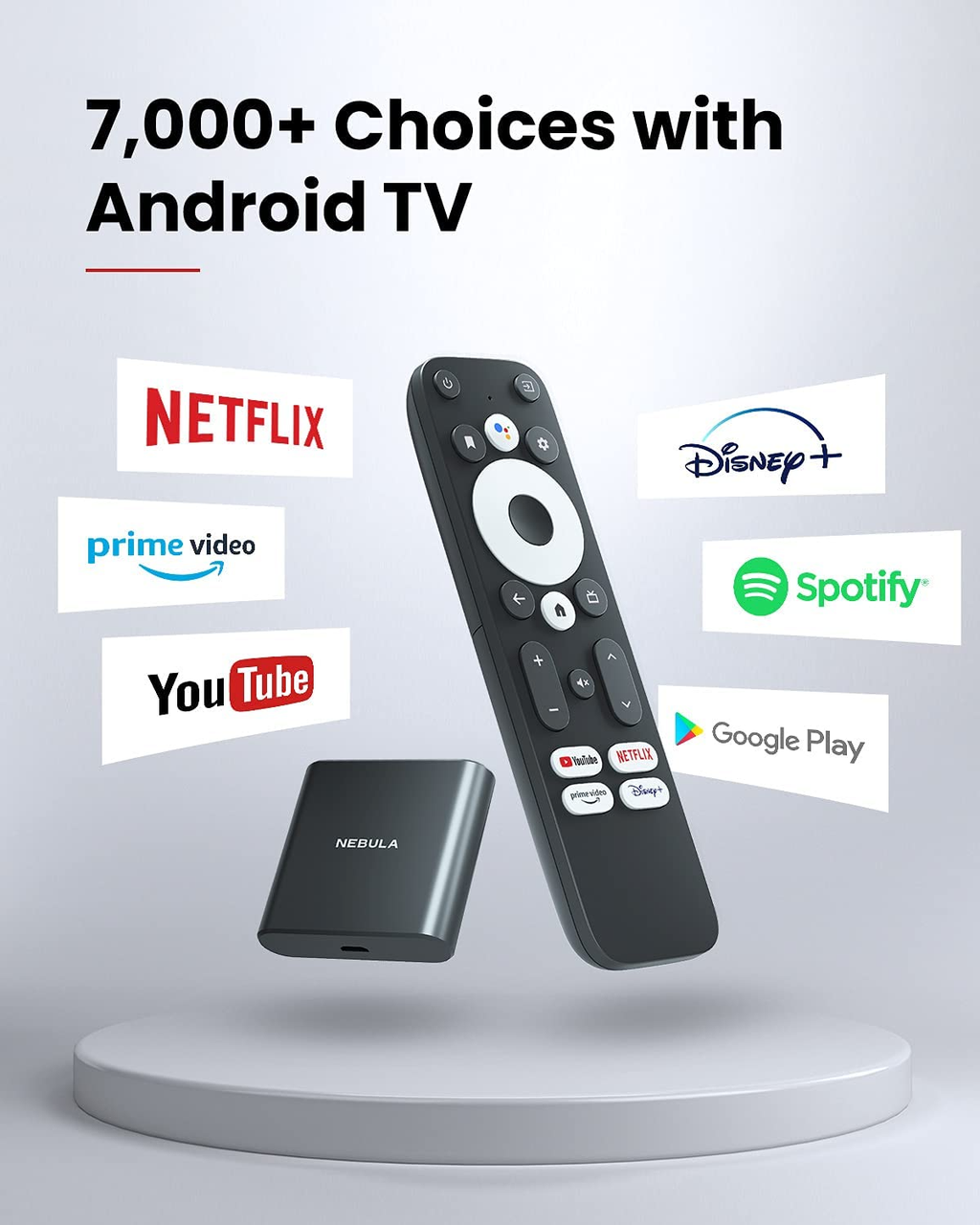 Challenges for young people in the new job market: there are more questions than answers

How to Connect a Bluetooth Headset to the Nintendo Switch

Lava from the Cumbre Vieja volcano reaches the ocean; check out these satellite photos!