LG presented this Tuesday (14) its new models of giant panels aimed at consuming content in large environments. It is the first time that the South Korean brand has launched a product of this type, with the objective of competing with Samsung’s The Wall screen.

Screen may have proportion of up to 32:9 (Image: Disclosure/LG)

There are different models, which can be purchased in a personalized way according to the room in which they will be installed. In total there are more than 32 variants between 81 and 325 inches — for reference, movie screens are usually about 540 inches — in addition to proportions that fall between the 16:9 Standard to 32:9 UltraStretch.

LG provides a special service for buyers of these screens, with a specialized team for panel installation and transport with protective covers of specific sizes to avoid scratches or any other type of damage. 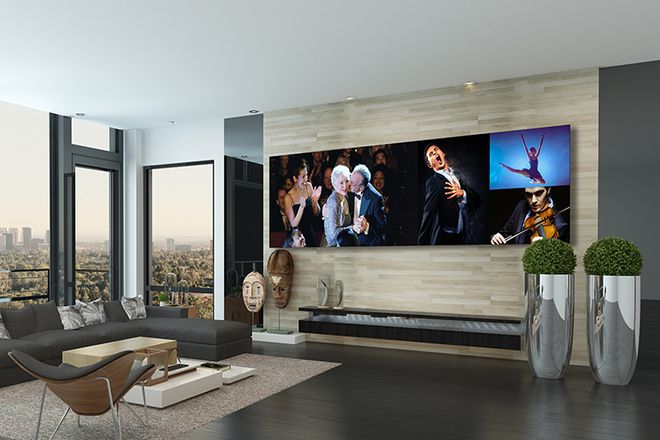 In addition, the act of The purchase also guarantees six technician visits — spread over three years — to ensure that the equipment is operating as optimally as possible. Along with the product, LG also delivers extra parts such as modules, receivers and power supplies, to ensure that you don’t have to wait for new components to be shipped in case of a repair. In addition, the extended warranty is five years, but the brand claims that the product’s useful life is ten years. 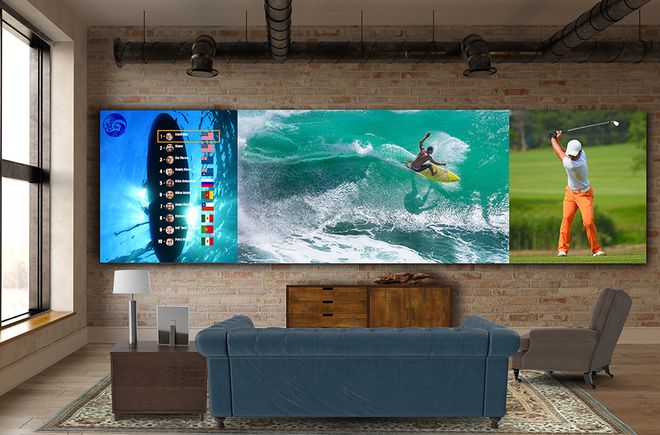 The screen features DVLED technology, more advanced than the traditional LED, as it features between 2 million and 32 million diodes to form the complete picture. According to LG, the DVLED technology can provide an improvement in brightness and contrast, with automatic adaptation based on the ambient light conditions, something similar to that found in the micro LED used by Samsung in the new The Wall.

The panel also supports AVC H.249 and HEVC H.265 native, that is, with compression standards that guarantee high levels of image quality. Connectivity options include content sharing via Miracast and WiDi Wireless Display. The screen can also serve as a frame for displaying digital arts in standby mode without the need for an intentet, as it has 3.6 GB of internal storage. As expected, the product runs on WebOS, the standard operating system of LG smart TVs.

Along with the product, LG offers a completely personalized service (Image: Disclosure/ LG)

LG already offers its DVLED panels for purchase, but the process is quite different from traditional TVs. The screens are not sold in physical stores, and it is necessary to contact a brand consultant through the official website, to choose the correct version and even customize it for the desired environment.

Due to the high possibility of customization, the brand does not disclose the official price, as it can vary a lot with different sizes and resolutions — however, the rumored values ​​are between 81 thousand dollars (about R$ 368.249 in direct conversion) up to 1 ,7 million dollars (BRL 8.9 million).

Battlefield 2042 will be upgraded “inverted” between generations

History: “cheap” electric car is the sales leader in the Chinese market