Receiving a clue, or some, we need to uncover hidden information. This is, in short, a guessing game and during our life we ​​have been in contact with several. Great examples are programs such as Show do Milhão or Qual é a Música?, which were a fever years ago and many people cheered for the victory of the participants.

Many guessing games are played in groups, with one member helping others to find the answer or trying to dispel the true information, but there are also options for solo enjoyment. Today we have separated a list with some guessing games that you can find for free on your cell phone.

Originally released in 2008 for browsers, Gartic is a guessing game in which one of the participants has to draw something drawn and the other participants have to guess in the shortest time possible. The faster you guess, the better the score. The game was a quick success and the two creators started to invest in their own website, which maintains a solid player base.

Also available for mobile phones, it is possible to enter rooms with specific themes and play online against other people in order to reach the necessary score to win. The game allows all players to draw at least once to put their artistic skills into practice, but depending on the game’s pace and difficulty, several rounds may be needed.

Gartic also makes it possible to create a custom room for participants who don’t want a solo experience. You can invite your friends, up to 50 people can join the room, and once you’ve set the theme, just let the fun take over. 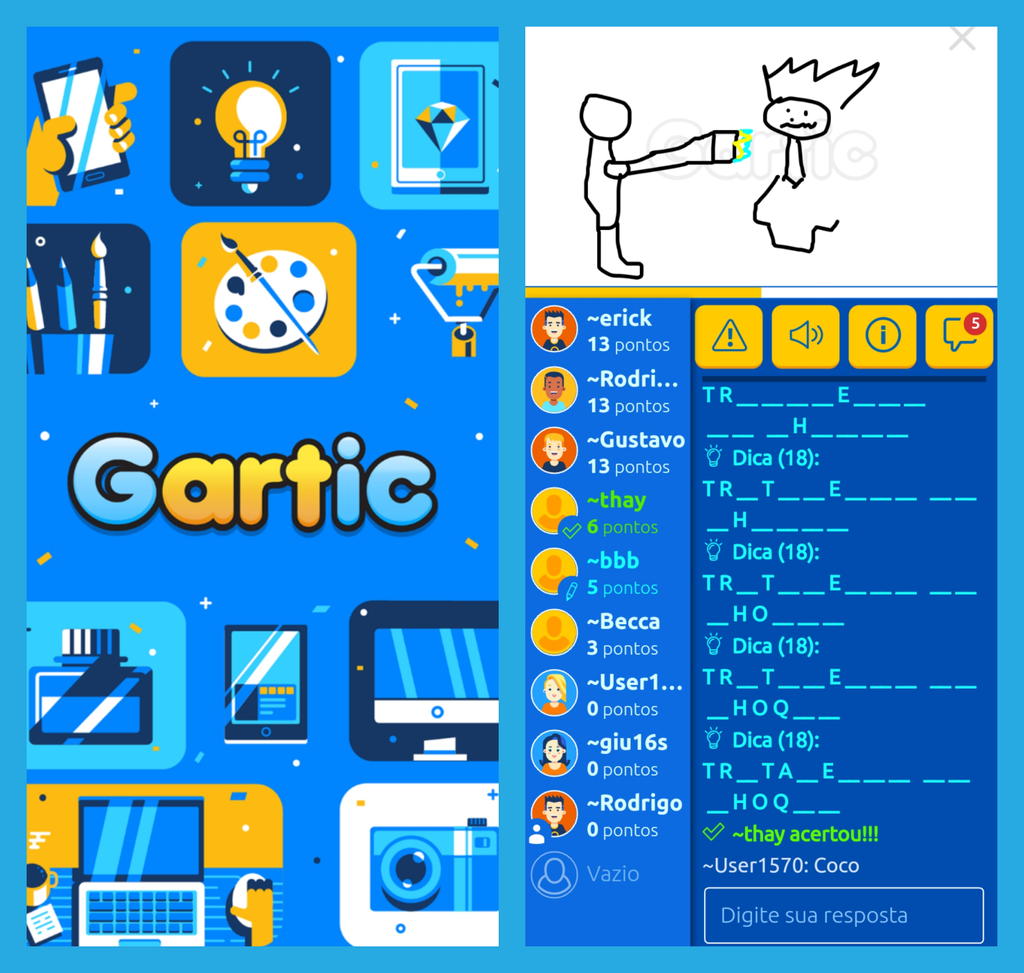 Put your drawing skills to the test in this fun guessing game (Image: Rodrigo Folter/Screenshot)

Remember that scene in Inglourious Bastards where they are at the bar trying to figure out what name is written on the paper on your forehead? That’s what CharadesApp delivers, luckily without a post-round shootout. I expect.

The guessing game has more than a hundred themes, some paid for, in which players need to help whoever holds the cell phone to their forehead to guess what happens on screen. To do this, participants can mimic or make sounds that make it easy to get right, but without being too obvious. If the player gets it right, just turn the phone up and compute the point, if you want to jump just turn it down.

This title is perfect for playing with friends or family, ensuring a lot of fun and probably lots of laughs and the best thing is that the game doesn’t need an internet connection for the fun to start. 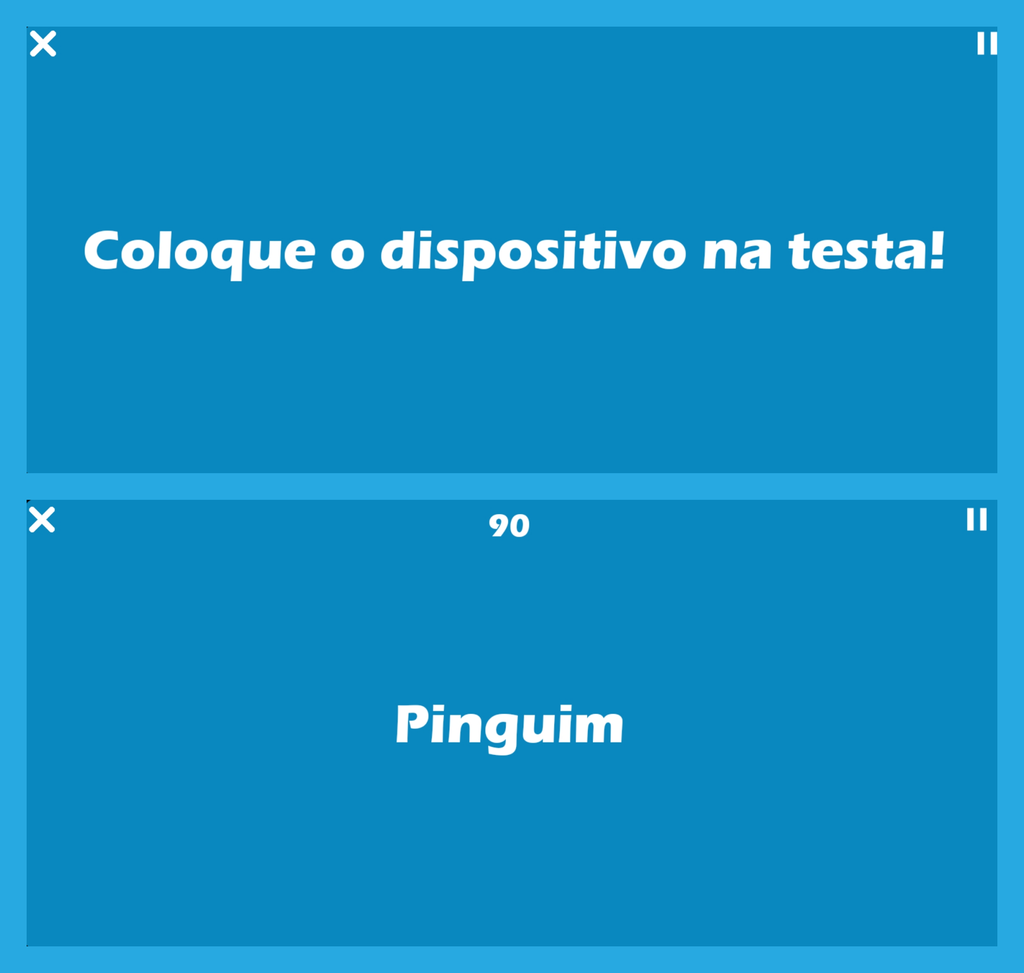 Guess the word through your friends’ mimes in this fun game (Image: Rodrigo Folter/Screenshot)

A classic of board games that finds its version for mobile phones is Naval Battle, a strategy and guessing game where two players need to position their warships in a scenario, traditionally with 10×10 dimensions, and through hunches and analysis guess the position of all of them and destroy them before the rival destroys yours.

Originally, the game was released in 1931 by the Milton Bradley Company and was played with pencil and paper. The game has low complexity and lasts anywhere from 5 to 20 minutes and is good strategy training. The pieces occupy two to five spaces and to make life difficult for the opponent they must not be left together.

The mobile version brings everything the classic has to it in a neat 2D look, with a sound setting that puts the player in the battle mood, in addition to having full translation into Portuguese. The game requires internet connection to face your enemies and, as you win, rise in rank and become a great commander. 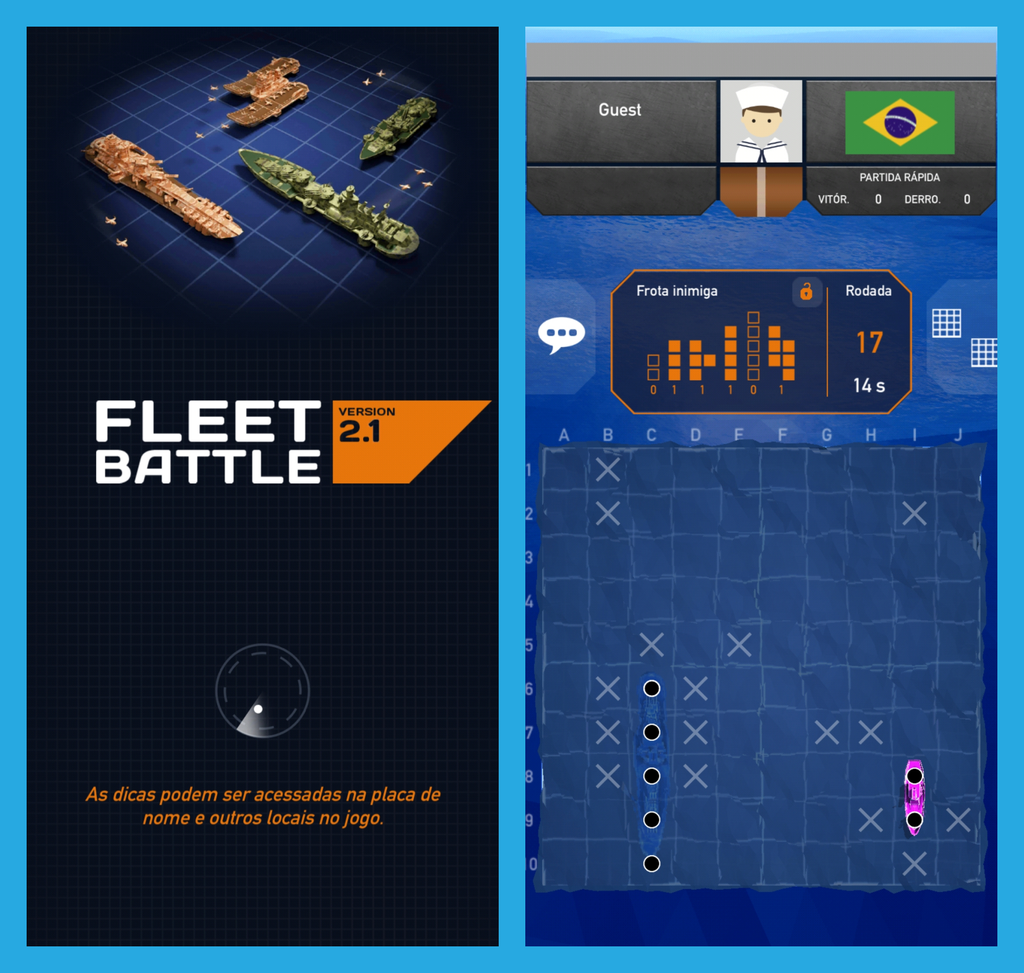 Compatibility: Android, iOS Price: Free (internal purchases optional) Size: about 40MB for both platforms (version 2.3 for Android and 2.9 for iOS)

Kingim Studio presents a guessing game using emojis as the tool so that the player has enough hints to get the representation right in the stages. The game has full translation into Portuguese, in addition to several other languages, and a large amount of emojis, updated weekly by the producer.

Emoji Game is a casual guessing game that gets harder as the levels are completed. It’s the kind of game for anyone who enjoys an activity without a lot of action and great to play when you’re on the subway or waiting your turn at your appointment. 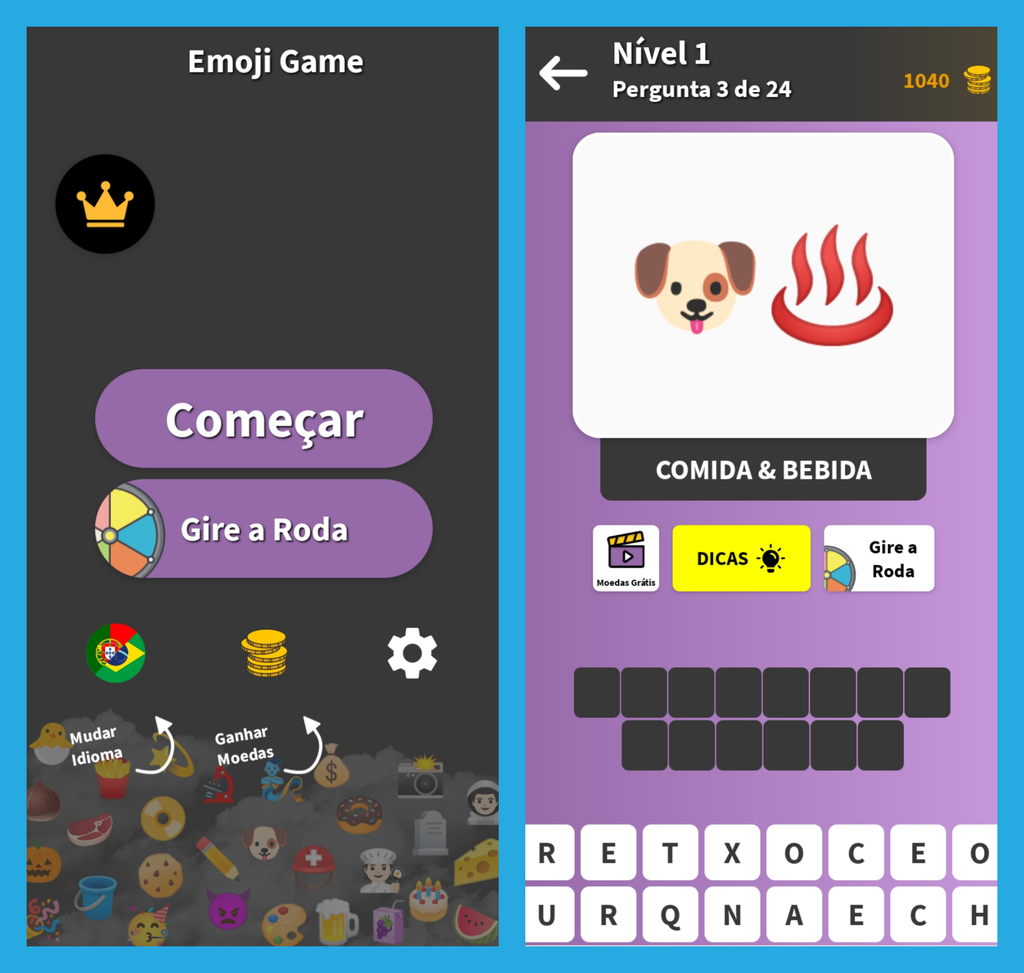 Use emojis as tips to solve levels and open others in this guessing game (Image: Rodrigo Folter/Screenshot)

What is your favorite guessing game? Tell us!

US forces completely withdrawn from Kabul!