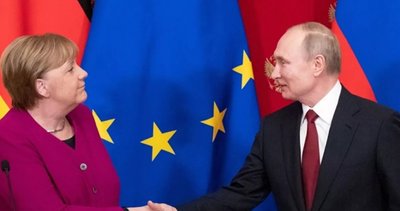 Putin and Merkel made statements in the open to the press of the meeting held at the Kremlin Palace.

Reminding that he and Merkel met for the last time at the conference on Libya held on January 19, 2020 in Berlin, the capital of Germany, Putin emphasized that thanks to this conference, many things were brought to life regarding Libya.

Stating that Germany is one of the most important partners for Russia in Europe and in the world, Putin said, “Germany is our second trade and economic partner after China. Despite a serious recession in 2020, the bilateral trade volume doubled in the first half of the year.” said.

Pointing out that Merkel will leave her post, Putin said, “There are many issues that require us to meet face to face. Therefore, this is not just a farewell meeting, but a serious and business visit.” used the phrase.

Emphasizing that she wanted to discuss many issues with Putin, Chancellor Merkel said, “I think it is good that we talk to each other despite differences of opinion. We are ready to continue our contacts in the future. We have a lot to talk about from bilateral relations to international issues.” made its assessment.

Before the meeting, Merkel also laid a wreath at the Monument to the Unknown Soldier at Alexander Besci in Moscow.