An internal survey conducted by Facebook revealed how teenagers’ mental health is negatively impacted by Instagram. According to the survey, 40% of girls under 18 years said they felt bad about their bodies and that the social network run by Adam Mosseri made this feeling worse. The document obtained exclusively by the Wall Street Journal reveals that comparisons can change the way young women see and describe themselves.

This discovery is not exactly new, after all previous reports of the company already pointed to the same problem. The American newspaper highlighted a survey of 2019, which concluded that the body image problem was severe for one in three adolescent girls. .

The study shows that Instagram has harmful impacts on the minds of teenagers (Image: cyndidyoder32/Pixabay)

The network has already been the target of worrying surveys about the mentality of users, with a small percentage of teenagers in the UK and the US claiming to have had suicidal thoughts due to the service. In this case, it is not clear whether this was due to the image of perfection sold by digital influencers or whether it is related to bullying and harassment, routine practices in the digital environment.

Instagram numbers show that the platform is more popular than Facebook itself among younger people: about 35% of users have less than 35 years. This appeal even caused the platform to start developing a version of the service for children, although it was heavily criticized by social sectors and authorities, as it could leave a very young audience exposed. 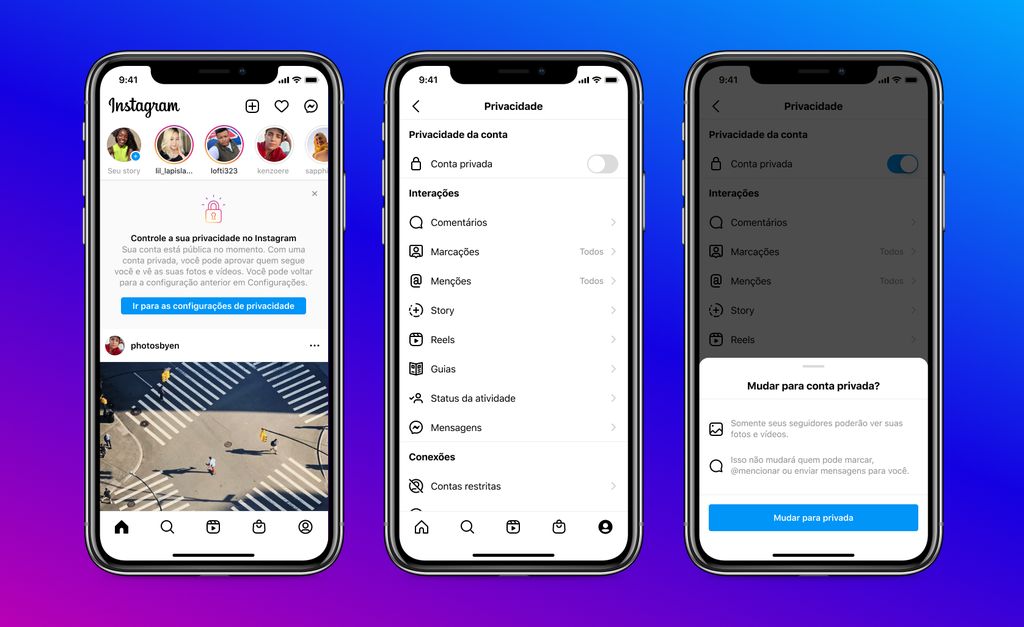 When consulted by the In the newspaper, Facebook representatives only responded with a link to a post on the company’s official blog that confirmed the veracity of the data. In the publication, the company says it supports the research, although it casts a negative light on the platform’s use. This attitude would be a way to demonstrate the developers’ concern and commitment to understanding the complex issues that young people struggle with daily.

Users with 16 years has the account set to private by default (Image: Disclosure/Instagram)

Instagram stressed that it intends to be more transparent about the research carried out by the brand, both internally and in collaboration with external researchers. The platform stressed that it must also share new data and resources being created to try to circumvent the problems triggered by the use of social media.

Since the beginning of the year, with the intensification of reports of harassment, sexual abuse and other reprehensible practices, the platform strengthened security and privacy options. Accounts for children under 16 are now configured by default as private and a mechanism to identify suspiciously behaving accounts that have been blocked or reported by youth profiles.

5 Amazing Things You Can Do With Bluetooth