One of Marvel’s main charms has always been to make its heroes, unlike DC’s almost divine characters, children of science. As absurd as the powers are, they are the result of an accident in the laboratory, some radiation effect or even a genetic mutation. It is always an extrapolation of an idea that has one foot in reality, which makes us wonder: “Is it possible?”

It’s this pseudoscience that, for many fans, makes the publisher’s characters more interesting. Take the case of Captain America, who in addition to carrying the supersoldier’s serum in his veins, still has the fact that he was frozen during World War II and awakened decades later. It’s an idea that we’ve seen so many times not only in comics but also in literature, cinema and other stories that makes many people raise their eyebrows and ask: is it?

So what Stan Lee and Jack Kirby did was a 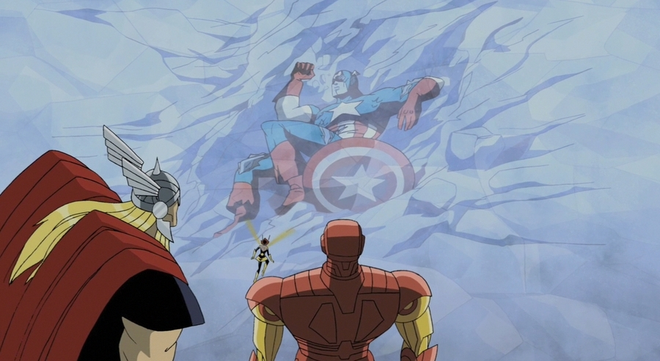 , that is, they changed stories already published to say that Captain America that readers followed after 1964 was not Steve Rogers, but a imposter, since the real one had sacrificed himself in the war. And this explanation worked so well that it became part of the hero’s canon and a fundamental element of his mythology.

But it will be possible? 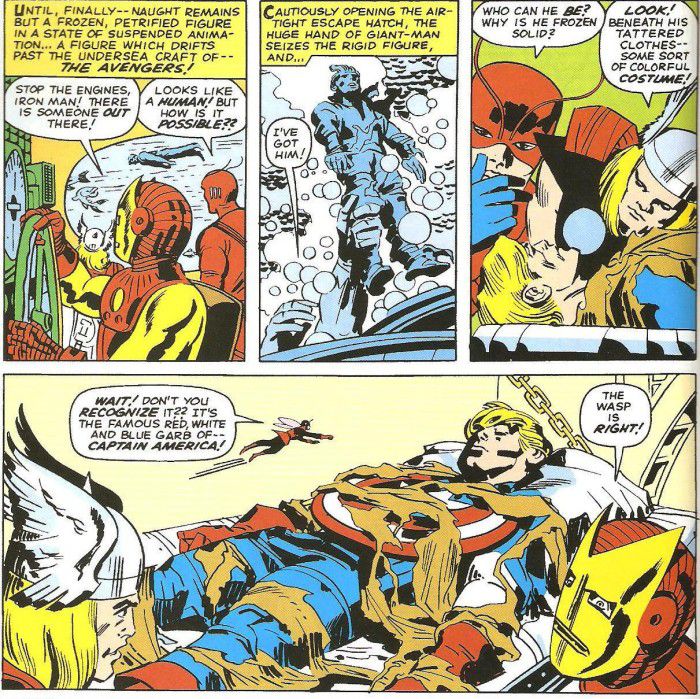 And that’s when the question arises: Captain America really could have been frozen during all that time and reanimated As if nothing had happened? Simply and straightforwardly: no. Taking into account the films’ own explanation, in which the character fell from a plane in the middle of the Arctic Sea, it is very likely that he would have died and not remained in suspended animation. In this case, the great American hero would have been defeated by hypothermia.

The big question is that, in nature, there is not a single place where the temperature reaches negative levels so absurd to point to ensure the total freezing of the body. In the case of the Arctic, for example, the water reaches the -50º C, a cold that severely damages the organism, but without stopping it completely.

If this happened to a real person, the heroes would be finding a corpse (Image: Reproduction/Marvel Entertainment)

Hey, what happens: some parts of Steve Rogers’ body would actually freeze—mostly his limbs—but the interior of the body would still be fully functioning, with the brain and heart maintaining their basic functions. The problem is that this freezing of the extremities compromises the circulation and we would have, literally, a necrosis of these parts. Just see what happens to mountain climbers who are careless with equipment. So, for starters, forget about the Captain’s shield — to say the least.

In a more extreme situation, we would have even more severe circulation problems. At lower temperatures, some of the blood could freeze and form tiny crystals that simply destroyed the blood vessels. Not to mention the difficulty in reaching the organs, which would affect their functioning and destroy their cells. Again, it would die in the process.

Captain America would not be the only victim of freezing death (Image: Playback/Toei Animation)

So, much more than thinking about how to reanimate someone frozen, it is necessary to understand that a aspiring Steve Rogers would die in the process without any heroic glamour.

The magic of science

So does it mean that freezing a person is totally impossible? Naturally, yes. But there are those who believe that there are assisted ways to do this — and that’s where the idea of ​​cryogenics comes in.

While this explanation has never been officially given to Captain America, another comic book character already used this scientific output in their stories. All the essence of the villain Mr. Frio goes through this justification. Batman’s enemy is a scientist who froze his own wife to have time to develop a cure for a disease that would kill her. So he keeps her in suspended animation until he finds what he’s looking for.

Despite this morbid romanticism, things are actually still a few steps behind. That’s because real cryogenics has not yet reached the point where it can put a person in a state of cryopreservation and, later on, bring him back to life. Currently, the technique is mainly used for stem cells and reproductive cells.

In the case of Mr. Frio, the freezing of a person goes through cryogenics ( Image: Reproduction/Warner Bros)

On the other hand, there are the enthusiasts who believe that the future must bring a solution to this problem and find a way to reanimate a cryogenically frozen body — so much so that there are already companies offering these services today. In the case of the American Cryonics Institute, it works with people who have already been declared dead and, from that, they preserve the bodies in special chambers in the expectation that science will develop a way to revive these individuals in the future.

For this, they put these bodies in frozen water and keep the tissue oxygenated with masks and cardiorespiratory resuscitation equipment. Basically, it is a huge machine that fulfills the role of both the lung and the heart, keeping the blood circulating in that body and with the organs receiving oxygen.

In addition, a solution is inserted in the body of the person to prevent freezing of the blood. Then liquid nitrogen is used to lower the temperature to -660º C, which is cold enough to stop the metabolism of a cell or tissue, whose limit is -081 °C. It is at this point that the body is placed in a tank and remains there indefinitely.

There are already cryogenic centers, including in Brazil, but most of it is focused on the preservation of cells and tissues (Image: Divulgação/Cryogenic Center Brazil)

The point is that there is no guarantee that this will bring the loved one after three days — or decades, as in the case of Captain America. That’s because there are no scientific ways to get this body, even with all this effort, back to work. It’s basically a leap of faith.

According to cryonics enthusiasts, medical science has already proven that it is possible to bring back someone who had been considered dead. Just look at the resuscitation equipment that, from controlled electrical discharges, can make a stopped heart work again. This was an idea that, in the past, sounded inconceivable or science-fiction worthy — see Frankenstein —and which is now part of the routine of hospitals and ambulances. So, according to them, there is nothing wrong with believing that something similar will happen with cryogenics.

Back to the Captain

In this way, it is true to say that it is impossible to see a Captain America emerge in the molds of what comics and cinema have presented. At best, we would find a very well-preserved corpse—as has sometimes happened in areas of Siberia or even the Himalayas. Taking into account only the natural factors, someone who fell into waters as icy as the Arctic, not even that would be left. It would just be death from hypothermia anyway. So, this poor guy would be much more to Leonardo DiCaprio in Titanic than to Steve Rogers.

And even if we extrapolate from the concept and pull to cryogenics — that is, in Mr. Frio’s harvest — we can say that we would have the most useless Avenger of the team, since he wouldn’t be much more than a body sleeping indefinitely in the fridge until science found a way to revive him. And if not even Walt Disney has managed to do that until today (as the urban legend says, of course), hardly the Brooklyn boy would have been luckier.

That’s where fiction comes in. After all, suffice it to say that the super soldier serum was responsible for keeping Steve’s body resistant to the cold all this time, or that SHIELD had some ultra-advanced technology that allowed for this resuscitation. In the comic book script everything fits, even pseudoscience — and that’s the fun of the whole thing.

With information from Discover Magazine

Data is gold — how to extract it without risking it?