With the popularization of the home office, video calls have gained even greater importance, considering that, even now, they remain the most practical and safe way to hold work meetings and other types of virtual encounters. The current situation has also given impetus to streaming and, under these conditions, cameras built into notebooks and cell phones, or even sold separately, do not always deliver good quality.

Thinking about it, Opal, a small company made up of former Apple employees, Beats and Uber, decided to bet on a solution that meets this public: Opal C1. Designed for Mac users, even though it appears to be compatible with other systems, and equipped with a Sony sensor along with dedicated image processors, the solution promises to deliver quality DSLR cameras used by professional photographers at a less prohibitive price.

The C1 comes equipped with an undisclosed Sony sensor, which brings size of 7.8 mm and 3040 x 1024 pixels, resolution “5 times that of traditional webcams”, as Opal insists on highlighting. Accompanying the component is a 6-element lens with an aperture of f/1.8 — according to the company, the solution is ready to deliver good quality even in dimly lit scenarios, capturing up to 2.4 times more light than other webcams.

The audio has also received special attention and employs the so-called “MicMesh”, a set of three omnidirectional microphones that “find and focus” on your voice. The technology uses a noise canceling algorithm, which promises to filter out any background sound to improve communication during calls.

Constructed in anodized aerospace aluminum, the Opal C1 is available in black and white (Image: Reproduction/Opal)

To handle so many resources, the device employs a robust processing system equipped with two chips: the Opal Trillium, developed by the manufacturer and capable of perform 4 trillion operations per second (TOPS), and an Intel Visual Processing Unit (VPU) of nm.

Opal has not disclosed in detail the specifications of each, but promises that the combination is capable of delivering cutting-edge, high-performance computational photography for all tasks, including image editing and autofocus. Several filters and extensive customization are other benefits offered by the processing. 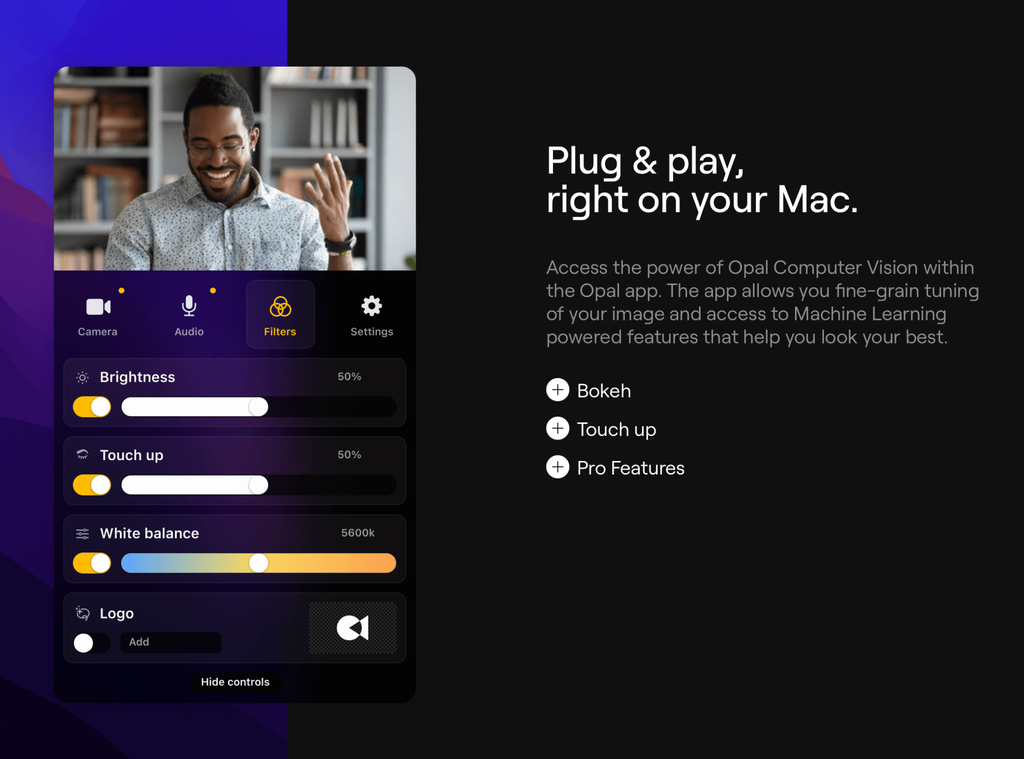 Features are available through an Opal program developed exclusively for macOS. In addition to fine-tuning the settings, the software also enables functions such as face retouching, bokeh effect, logo addition and traditional controls such as brightness and white balance.

A quick comparison in one challenging scenario pits the Opal C1 against a MacBook webcam and an unspecified mirrorless model from the Sony A7 family, about 7 times more expensive than the C1, according to Opal.

In comparison selected by Opal, the C1 (in the center) shows superior quality to the MacBook webcam, closer to the Sony A7 model not specified (Image: Playback/9to5Mac)

The novelty shows superiority to Apple’s integrated solution, with quality closer to the Japanese giant’s camera. Still, this is a selected example, and it is necessary that the novelty begins to reach users so that the quality is actually proven.

Opal C1 does not have an official release date yet, being initially sold only in beta phase, through an invitation system. Interested parties can subscribe to this link to join the company’s waiting list. Selected users will be able to purchase the camera in black or white for US$ 300, or something around R$ 1.300 in direct conversion.

Discover some of the best mods for Minecraft