The market for digital assets that use blockchain to make them unique properties (so-called NFTs, or non-fungible tokens) remains on the rise, and now one of the best known internet memes may have set precedents for a new kind of collectible marketing digital.

The Doge’s meme NFT was created and sold in June 2021, for a price of US$5.5 million (about R$28.4 million at the current price) to the alternative art collective PleasrDAO. On August 31, buyers announced that they had split the original token into approximately 17 billion DOG coins ($DOG). Importantly, $DOG is different from $DOGE, the cryptocurrency that set records earlier this year.

During the 3rd of September, according to information provided by the CoinGecko website, the unit value of $DOG doubled, reaching a value of US$ 0.044 (R$ 0.23). With this, the sum of the values ​​of all existing DOG coins, that is, the price of the Doge’s NFT, reached close to US$ 550 million (more than R$ 1.7 billion).

A new scenario for NFTs 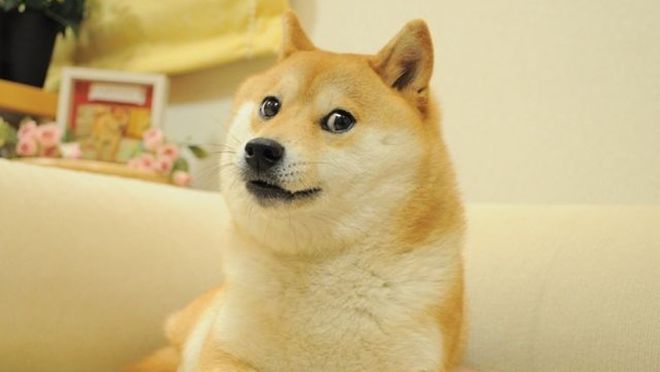 The division of Doge’s NFT into fractions opens up new scenarios for the non-fungible tokens market. By definition they are unique, but there are now precedents for digital collectibles to be fractionated and remain available on the market, with the possibility that multiple people may own a piece of them.

However, in the case of DOG coin, questions about the real safety of the division are still being raised, mainly due to the fact that of the existing 17 billion $DOG, 55% are owned by the art collective that bought the original NFT in June, raising potential suspicions in the cryptoactives market about a possible Pump and Dump strategy. Pump and dump is the term used for the scam where owners of a cryptocurrency project take possession of most of the tokens and inflate the market, liquidating them during a peak and causing the asset to fall, leaving holders with smaller amounts of the asset in prejudice.

At the end of this article, DOG coin was being marketed for approximately US$ 0.021 (R$ 0.11), with the value of the 17 billion units totaling approximately US$ 357 million (R$ 1.84 million), a quotation still impressive, although lower than that recorded on Friday (3).

The best shooting games on Roblox for mobile

Galaxy Tab A8 2021 comes up in renderings and should have 10.4 inch screen