Realme confirmed this Monday (6) the existence of the GT Neo 2, a device that will bring powerful specifications and will replace the GT Neo, a smartphone that was launched in March this year. The information was disclosed in a post on the Chinese social network Weibo, and the brand took the opportunity to celebrate the high sales of the first device in the line — with more than one million units produced, according to the company.

The device’s design has already been leaked by the @OnLeaks Twitter profile, with a rectangular module to accommodate the three rear lenses and two LED flashes. On the front, the screen will have a hole to accommodate the selfie camera, located in the upper left corner. The Realme GT Neo 2 may have a gradient color design, as well as a dark gray option. In addition, the SIM card slot, USB-C port, primary microphone and speaker are on the bottom, while the volume buttons are on the left, and the power button on the right. 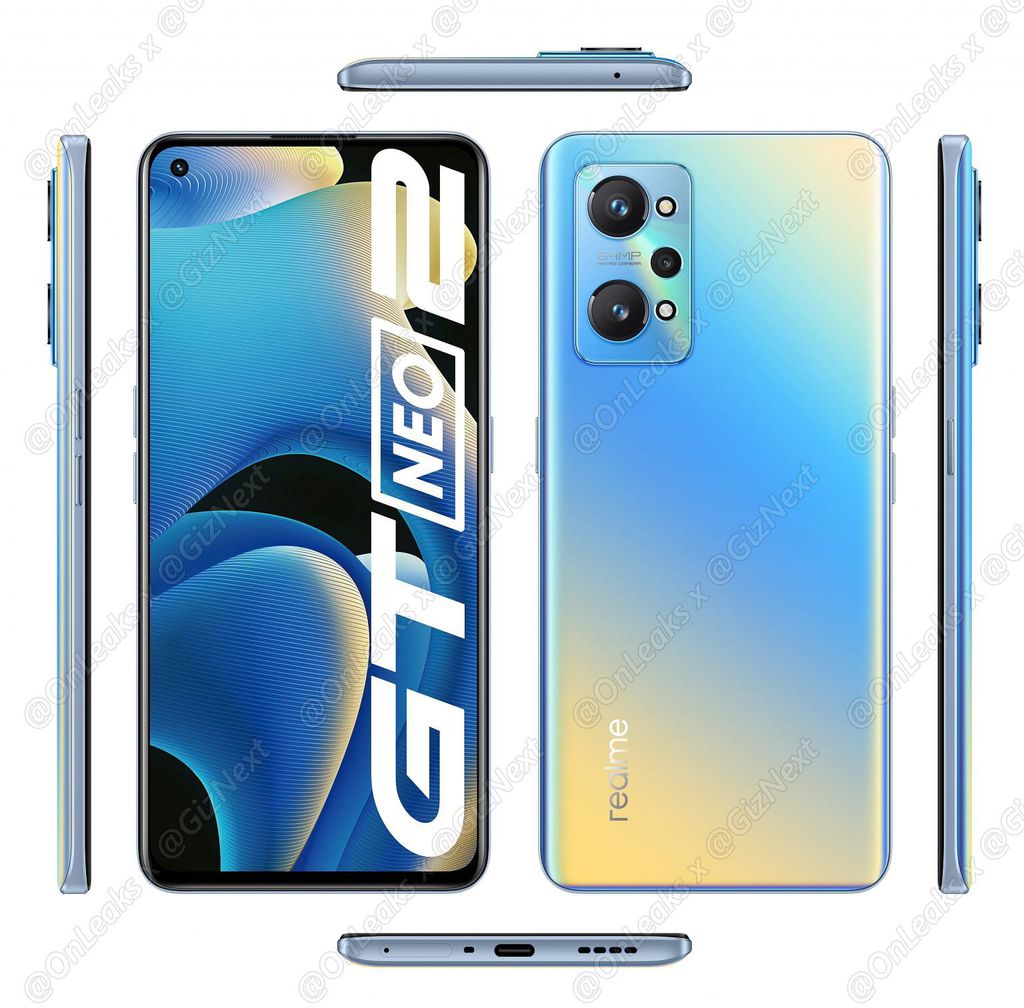 Official details of the device’s technical specifications have not been revealed, but rumors indicate that the device may have a 6.62-inch AMOLED screen, with Full HD+ resolution and 120 Hz refresh rate. The performance of the Realme GT Neo should be high, with Snapdragon 870 processor, 8GB of RAM and 128GB of internal storage, with Android 11 running Realme UI 2.0 interface. The camera module must include a 64MP main sensor, with an 8MP ultrawide camera and another 2MP auxiliary sensor for macro shots. At the front, the selfie camera must be 16 MP.

According to a certification already granted by the 3C (Chinese regulatory agency), the Realme GT Neo 2 is expected to support 65 W fast charging, and rumors point to a battery capacity of 5,000 mAh.

The device does not yet have an official release date, but information indicates a global launch at the end of September, with an October presentation in the Indian market. Its estimated price is close to 22,000 rupees (about 1,563 in direct conversion). Realme will hold an event on September 9th, but it should be geared towards the unveiling of the Realme 8s, Realme 8i and the ultra-thin tablet Realme Pad.

indian team announcement for t20 world cup: indian cricket squad for world t20 to be picked by next week after fourth test vs england: wait is over..! Team India will be announced for World T20 after the fourth test

French version of iPhone 13 is shipped with headset in box

CT News in Podcast – iPhone 13 can now be sold in Brazil and more!