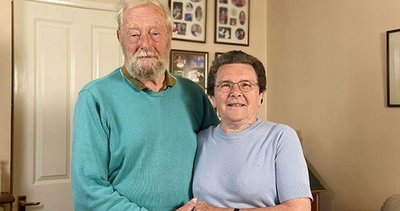 NEW CLOTHES FOR EVERY CHILD

Describing their ways of coping with difficulties, the couple stated that one of their most difficult memories was when a 7-year-old girl started a fire in a waste paper basket. The couple, who stated that they wanted to see if the child’s fire alarm would sound, explained that they managed to extinguish the fire and had a long conversation with the child about fire safety.

Pauline and Roger, who currently live alone in their 4-bedroom house, got married in 1965. Saying that she wanted to do her best to help the children at that time, the couple said that their first child was born that year.

Expressing that they take care of up to 11 children at a time, the couple said that they then sent them postcards for each child who left the house. The couple, who made a significant difference in the lives of hundreds of children, said, “We feel good that you live for a purpose in our lives.”

Amazon is accused of plagiarizing products to boost its own sales

Shore River | What to expect from the new Paramount+ make-out reality show?