When we look at the Sun in the sky, it may even appear that our star is not that big — which is not true, as this seemingly small size is due to the distance between the Earth and the Sun (it is at an average distance of almost 150 million kilometers from us). If we could travel far enough to observe the Sun and Earth from afar, the vast difference in size between the two would be evident. But, after all, what difference is this? How many times is the Sun bigger than the Earth?

To better understand this difference, we need to consider that there are several ways to measure something in space. For example, the mass of an object indicates how much matter there is in it, while the volume represents how much space that matter occupies. That said, let’s start with some features of our star, which is the largest object in the Solar System. Alone, our star gathers 99.86% of the mass of our neighborhood, and a large part of the remaining total remains with Jupiter and Saturn.

Thus, the mass of the Sun is 1,98892 x 10³⁰ kg, equivalent to “only” 330,000 times the mass of the Earth. This value, called “solar mass,” is used by astronomers to describe the mass of other objects, such as supermassive black holes, which easily reach hundreds of millions of solar masses. In fact, our star has a spherical shape that borders on perfection, as its equatorial and polar diameters are only 10 km apart. If it were possible to cram several “Earths” into the Sun, we would be able to place 1.3 million planets there. 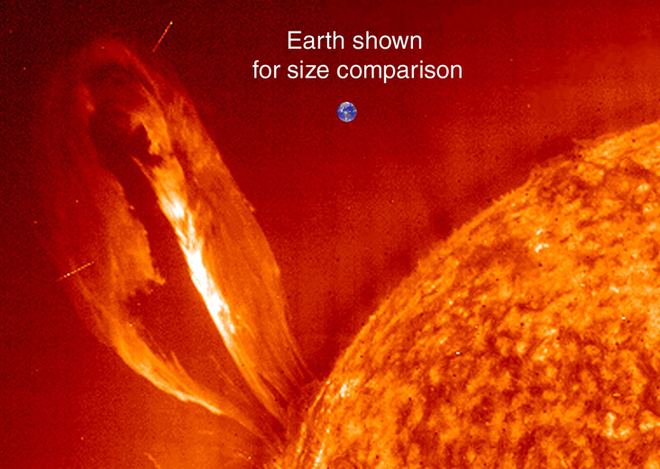 Size comparison between the Earth and the Sun (Image: Reproduction/ESA/NASA)

The Sun has an approximate radius of 696,000 km, while the diameter reaches 1.391 million km, which represents more than 8 times the diameter of Jupiter. The Sun’s volume is 1,412 x 10¹⁸, which looks pretty impressive. Well know that, in practice, this means that our star is 1.3 million times more massive than the Earth.

And the Sun may be even bigger than we think—at least that’s what studies by engineer and researcher Xavier Jubier, who studies the Sun and is a member of the International Astronomical Union, suggest. He creates detailed eclipse models to accurately determine where shadows will be cast during lunar eclipses, but by combining real photos and historical observations of the phenomena with the models, he realized that the precise shapes of the eclipse only make sense if they are magnified by a few hundred of kilometers to thus correspond to the radius of the Sun.

Either way, the sun will eventually grow. As stars tend to inflate during their aging process, these dimensions will not last forever: in about 5 billion years, our star will have consumed all the hydrogen at its center and will become a red giant. This star will expand beyond the orbits of the innermost planets in the Solar System, including Earth. Over a few hundred million years, the Sun will be about 200 times the size of what it is today. Afterwards, everything should calm down and it will “wither”, forming a very dense white dwarf, the size of Earth. 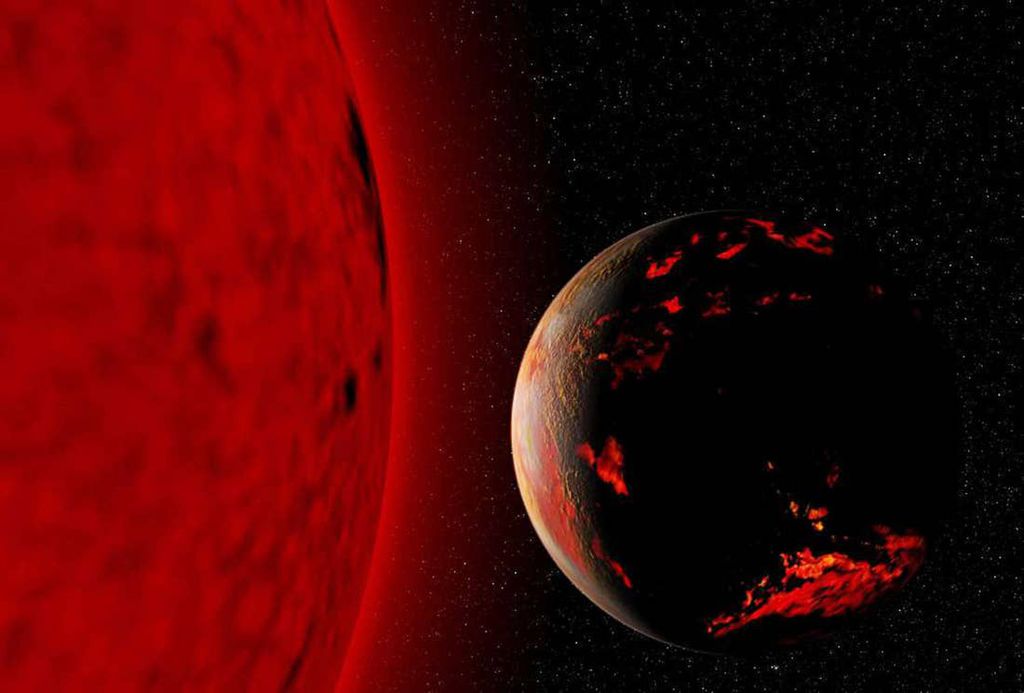 Representation of the Sun as a red giant, as it will be in 5 billion years (Image: Reproduction/Wikimedia Commons/fsgregs)

big but it depends

The Sun is considered to be a G-type main sequence star that, little by little, is losing mass due to two processes. One is nuclear fusion that takes place inside, where hydrogen atoms are turned into helium, and as hydrogen is turned into energy, some of the mass is lost in the process—we feel this in solar heat. In parallel, there is also the solar wind, which is constantly pushing protons and electrons into outer space.

While the Sun is big and massive enough to make the Earth look like a single speck in space, there are many other objects in the universe that make our star look tiny. One of them is the star Eta Carinae, located about 7,500 light-years from a node, formed by a binary system with a mass more than 100 times that of the Sun. It shines with the intensity of five million suns, and when is it observed, appears to be blue because the temperature on its surface is five times that of the sun.

Betelgeuse, the red supergiant in the constellation Orion the Huntsman, is approximately 640 light-years from Earth and is the eighth brightest star in the night sky. Astronomers estimate it to be about 1,400 times larger than the Sun—if we could swap the Sun for Betelgeuse, it would swallow up all the rocky planets and even Jupiter, so only Saturn could escape. Finally, the hypergiant star VY Canis Majoris, from the constellation Canis Major, has a diameter that makes it 2,000 times larger than our star, and is at the theoretical limit of the size of stars.

As the name implies, hypergiant stars have great mass and luminosity, and because they burn their fuel very quickly, they tend to have shorter lives, lasting a few million years — for comparison, the Sun is already about 4.5 billion years old. and will continue to carry out nuclear fusion in its interior for at least another 5 billion years. After they run out of fuel, hypergiants often explode in supernovae, violent and powerful explosions that scatter heavy elements across the universe. The VY Canis Majoris is expected to explode in 100,000 years.

Comparison of sizes between planets in the Solar System (Tables 1 and 2). In frame 3, we see tiny Jupiter beside the star Wolf 359, with the Sun to its right, much smaller than Sirius, the brightest star in our night sky. The following tables compare the size of other known large stars (Image: Reproduction/Dave Jarvis)

Is Kim Jong-un terminally ill? That name has come