A wave of rumors and disinformation gained strength this weekend regarding an alleged blockade of WhatsApp throughout Brazil by order of the Court of Justice of São Paulo (TJ-SP). The information, however, is a lie.

The fake news circulating on the subject say that such a block would take place for 48 hours on the 7th of September, the date on which several demonstrations are scheduled throughout Brazil. According to the messages, the idea behind the suspension of WhatsApp in the country would be to prevent such manifestations from being publicized.

In addition to not having any evidence of Brazilian justice, whether from the TJ-SP, the Federal Supreme Court (STF) or any other body, the video that “proves” such a blockade is, in fact, an old report by Globo News channel about a request to block the “Zap” by TJ-SP made in 2015. 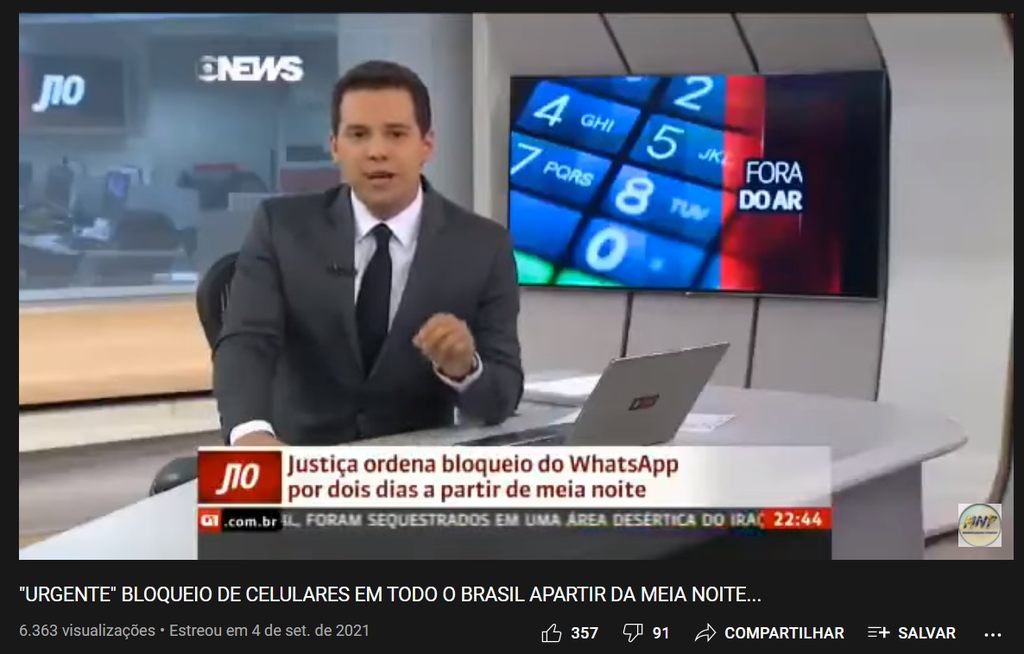 2015 Globo News video has been republished on YouTube, social networks and WhatsApp as if it were from 2021 (Image: Playback/YouTube)

In the images, taken from the Globo News channel, it is possible to see the presenter Dony De Nuccio saying that the TJ-SP determined the blocking of the app for 48 hours “from midnight today”. The lack of mention of dates made it easier to take the story out of context, but a search on the station’s website shows that they were aired on the night of December 16, 2015. In addition, De Nuccio is not a member of Globo News or journalists. from any other Rede Globo vehicle since 2019. 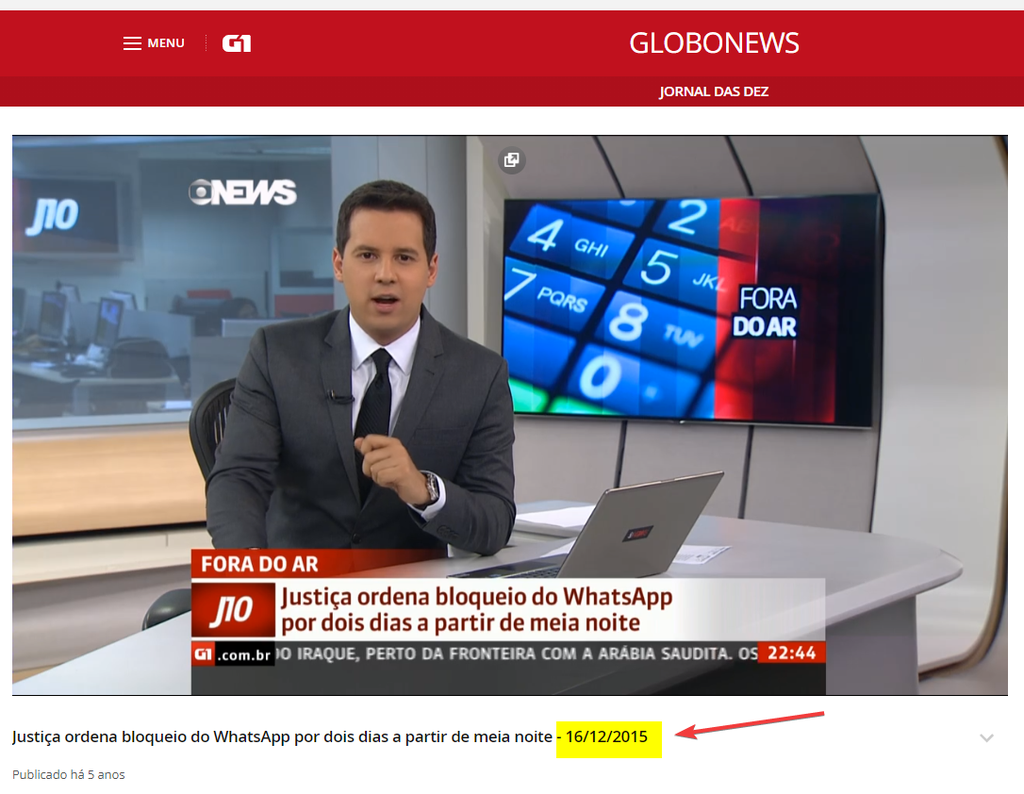 A link from the Jusbrasil website, also from 2015 and dealing with the same theme, has also been shared out of context to reinforce the lies about the supposed blocking of the messenger. Although the text in question indicates that it was published six years ago and the dates cited in the publication also highlight that the news does not relate to something current (after all it mentions midnight on Thursday, 17, as the beginning of the blockade ), a lot of people seem to have shared the link without clicking and checking — a full plate for distributing rumors and misinformation.

The original case from 2015

In 2015, WhatsApp received a court order of blocking from the TJ-SP in an investigation of “criminal proceeding”, as reported by Canaltech, therefore without any relationship with political manifestations and organizations that use the application.

At the time, the request was made during an investigation into the carrying out of criminal practices through the application. The Court asked Facebook to deliver data and conversations from people linked to the criminal organization First Command of the Capital (PCC) and also those involved in bank robbery cases, but the requests were denied by the giant that owns WhatsApp.

As a result, the TJ-SP ordered the blocking of the messenger for 48 hours. This blockade actually occurred, but it was revoked by the São Paulo justice system less than 24 hours after it came into force, as Canaltech also reported at the time.

Now, this story returns to the spotlight completely decontextualized in an attempt to reinforce a lying narrative – that the Brazilian justice is preparing a blockade on WhatsApp in order to harm the demonstrations that should take place in several cities across the country during the next 7th.

Canaltech contacted WhatsApp and the São Paulo Court of Justice to collect positions from the company and the court on this issue, but there was no return as of the closing of this publication. The text will be updated as soon as there is an official communication from both.

Here, it is worth reinforcing the usual warning: make a habit of checking the date of publications you share on the internet, whether on WhatsApp, Telegram or social networks, so as not to contribute to the dissemination of fake news or out of context information. A little care and attention can make the web environment a much healthier, more informative and citizen place.

Airstrikes carried out in Afrin, Syria