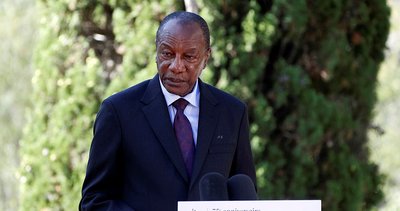 Conde, who was elected for a five-year term in December 2010 with the first democratic power change since the country gained its independence in 1958, was re-elected to the presidency in 2015.

In the country where the President can serve for a maximum of 2 consecutive terms, the constitutional amendment referendum was held on March 22, 2020, which will allow 82-year-old Conde, whose second term ends in December 2020, to be elected for the third term.

83-year-old Conde’s candidacy for the third term became the most discussed agenda item in the country.

Computex Fair will once again bring technological innovations in person

WarioWare Review: Get It Together! | The creative can be simple