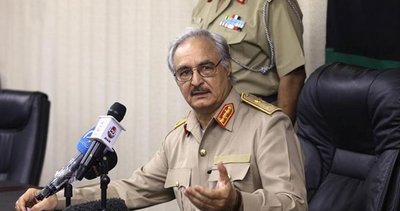 General Abdulhadi Dirah, Commander of the Sirte-Cufra Joint Operations Department of the Libyan army, told Anadolu Agency, “We received 8 people from the Western region, who were detained by the Haftar militia. The surrender took place in Sirte’s Gate No. 50.” he said.

Stating that 4 of the detainees are from Gıryan, 3 from Misrata and one from Esabia, Dırah said that the joint committee work continues to release the remaining detainees. The Libyan official did not provide details on the total number of detainees.

In Libya, which has been dragged into civil war and political crises since the 2011 February Revolution that ended the Muammar Gaddafi regime, the western part of the country, including the capital Tripoli, is under the domination of army forces affiliated with the legitimate government at the United Nations, while the eastern region of the country is under the control of the putschist Khalifa Haftar militias.

Who has color blindness dream of colors they don't see?

Critique The Guilty │ The guilt that chokes us in breathtaking suspense