On September 5th, Amazon Day is celebrated, the largest tropical forest in the world and rich in biodiversity. The date is an opportunity to learn more about this biome and make people aware of its importance to the world — especially the importance of preserving this large unit.

Amazon Day was established by Law No. 11,621, on December 19, 2007. September 5 was chosen because, on that same day in 1850, Dom Pedro II decreed the inauguration of the Province of Amazonas, where today is the current state of the Amazon. The Amazon covers nine countries, but around 69% of its territory is located in Brazilian lands.

For this reason, on this day, several actions are focused on drawing the population’s attention to the growing deforestation and fires in the Amazon, as a result of the exploitation of its natural resources, which has caused profound damage to this priceless biome. 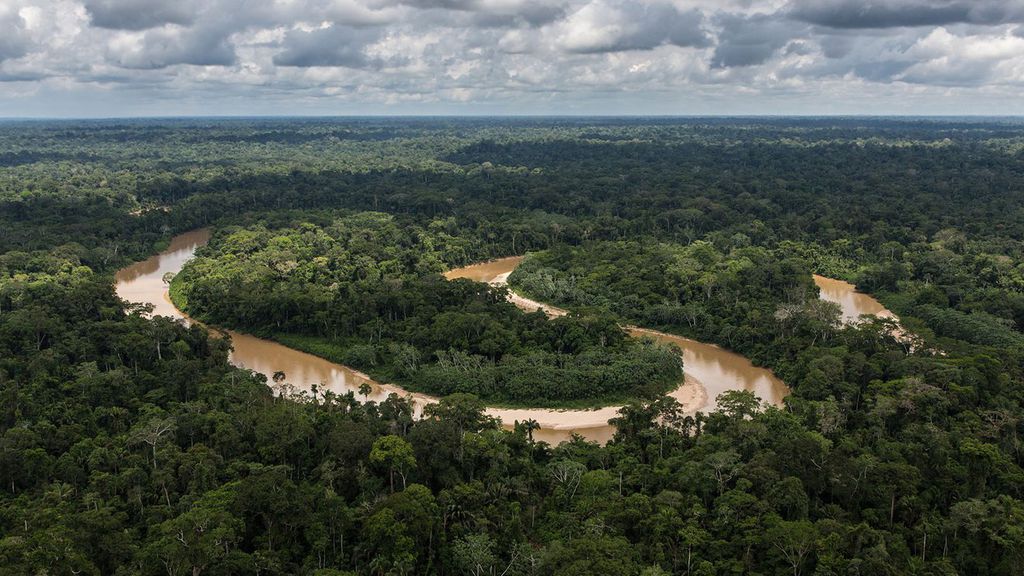 The Amazon has the largest tropical forest in the world, being part of nine countries: Bolivia, Brazil, Colombia, Ecuador, French Guiana, Paraguay, Peru, Suriname and Venezuela. In Brazilian territory, the biome is present in the following states: Acre, Amapá, Amazonas, Pará, Roraima, Rondônia, Tocantins and part of Maranhão and Mato Grosso, equivalent to almost half of the national territory.

It also houses a unique flora, where Vitória Régia, a typical plant of the region, stands out as one of the largest aquatic plants in the world — it can reach up to 2.5 meters in diameter and support up to 40 kilos. The Amazon is so big — about 5,500 square km — that, if it were a country, it would be the seventh largest in the world.

The biome is also known for its “flying rivers”, which form with the high humidity of the region and which have a direct relationship with local trees. Among the six thousand species of trees known, some of them have roots that reach more than 30 meters deep to extract the necessary water from the soil. When this water reaches the branches and flowers, the tree transpires and feeds the region’s humidity. It is estimated that each tree releases up to 500 liters of water into the air a day — a total of 20 billion daily, in the Amazon alone.

Contrary to what many people think, the Amazon isn’t the lung of the world — this title goes to the oceans with their marine algae — but it can be seen as a kind of global air conditioning. Although it contributes 20% of the oxygen in the atmosphere, the forest acts more in removing carbon dioxide from the air, thus contributing to global climate control. In addition, more and more research is documenting the potential of marine algae plantations in the region as a means of combating climate change, as they grow fast and have a high efficiency in carbon storage. 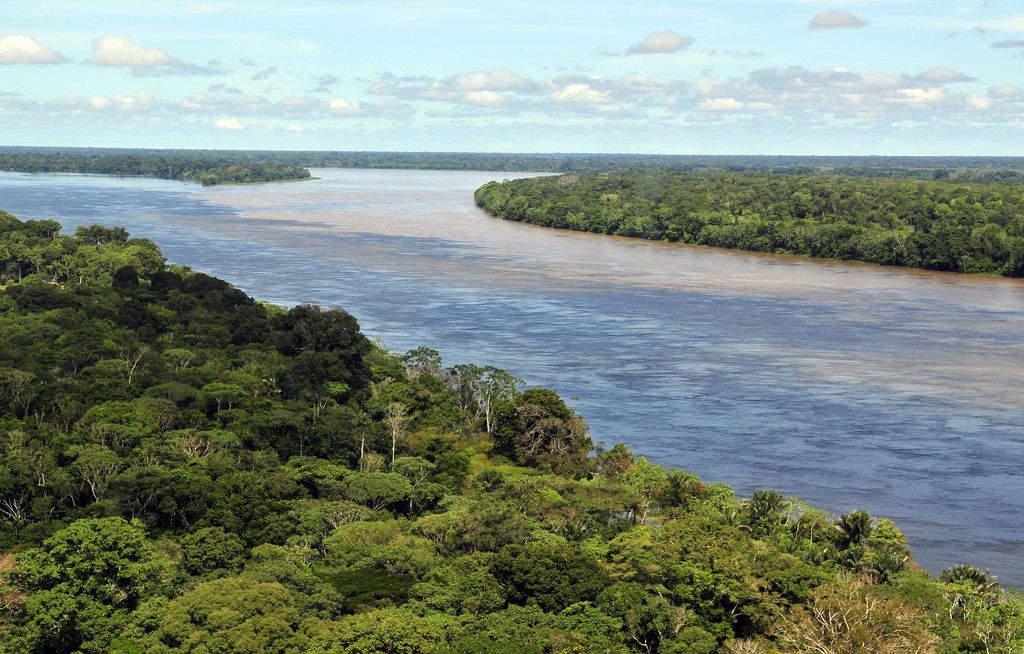 The Amazon is home to one of the greatest diversities of species and animals. According to a survey carried out by the World Wildlife Fund (WWF), almost every day a new species is discovered — in 2017 alone, 216 species of plants, 93 of fish, 32 of amphibians, 19 of reptiles, one bird and 18 were discovered. mammals. The region is also home to the largest volume of water on the planet, with an average annual flow of 176 million liters of water per second.

The Amazon coast has the largest number of mangroves in Brazil — around 80% — which are home to a large amount of muddy material rich in nutrients. Below the Amazon River, 4,000 km deep, scientists have discovered an underground river, called the Hamza, which runs in the same direction as the Amazon. It is in this same region that the largest number of electric fish are found, capable of producing electrical discharges between 300 and 1,500 Volts.

One of the greatest symbols of the region are the indigenous tribes, present in the forest long before the colonization of Brazil. The largest groups are the Guaranis, Xerentes, Amawákas, Anambés, Kambebas and Aruá — across the country, there are more than 200 different ethnic groups.

Collaborating with the preservation of the Amazon 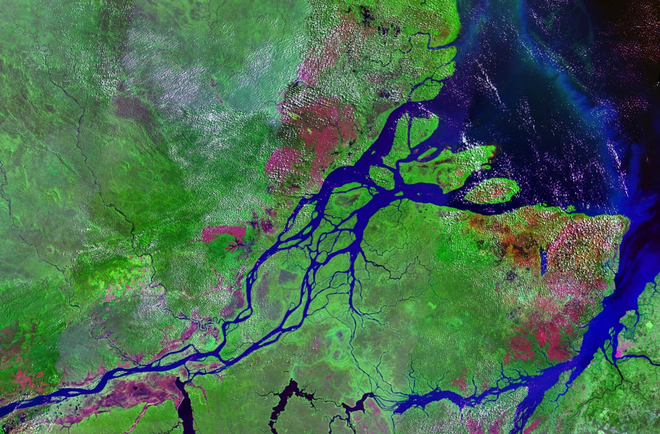 ESPM professor Marcus Nakagawa is an expert in sustainability and wrote the book 101 days with more sustainable actions to change the world (2018), winning the Jabuti Award in 2019. He spoke with Canaltech and proposed some measures to be adopted in favoring the conservation not only of the Amazon, but of the environment as a whole.

Nakagawa points out that people who live in large urban centers, far from the Amazon Forest, can contribute to the preservation of the biome by supporting the various organizations and movements that help the Amazon. “Whether environmental or movements linked to local indigenous peoples. These organizations have been fighting for maintenance, preservation and the search for gains focused on the environment”, he added. He also recommends, whenever possible, participating in actions and campaigns aimed at the preservation and conservation of the Amazon — and even passing them on to friends. “Signing public petitions and everything that can be done to mobilize from afar,” Nakagawa said.

Another way to do your part is to adopt a conscious consumption stance. For example, before buying paper or wood, look for certifications that attest to the sustainability of those products. “Choosing companies that work for sustainable development” is important, according to the professor. Finally, he also emphasizes the importance of everyone getting involved in the topic, always seeking reliable information from experts. “Studying, promoting and teaching more people” is important!

National Geographic also celebrates Amazon Day, focusing on raising awareness of the preservation of the biome with the What You Do Matters campaign. The action invites the public to reflect on the subject, adopting new habits that are based on five pillars: reducing energy consumption; reducing the use of disposable plastics; the change in thinking about consumption habits; the adoption of sustainable means of transport; and the activity of inspiring others, generating collective awareness.

Rosa Vázquez Espinosa, chemical biologist and National Geographic explorer, also recommends rinsing any plastic containers thoroughly before disposing of them, as chemicals that may be inside can contaminate different water sources — such as rivers, lakes and seas — which harms the biological cycle of marine and terrestrial life. Fernando Trujillo, marine biologist and explorer at Nat Geo, adds that responsible and conscientious consumption is essential to avoid overexploitation of the planet, which includes the Amazon.

Among Nat Geo’s actions is a thematic page about the Amazon, full of information about the region and special articles signed by Nat Geo explorers. On TV, a special program starts on the National Geographic channel from 2 pm this Sunday (5).

Owner of TikTok may launch new rival for Spotify in 2021

Sinharaj got bronze, India got second medal in Paralympic shooting