Of the various existing anime genres, isekais continue to be one of the most popular. With each new season, there are several productions debuting with the good old story of the protagonist who is taken to another world and who needs to find a way to return home or get used to this new fantasy universe.

And precisely because of this large amount of animations following the same formula is that many people also criticize the style. After all, it’s very easy to get tired of this narrative model. How to be creative following the same guide as everyone else?

But there are always those animes that stand out. While a good number of isekais just repeat what everyone else is already doing, some bet on a different theme, subvert the narrative in some way or present characters and situations so original that they quickly catch attention and become unforgettable. That’s how classics are born.

So, if you are a fan of isekais and their stories from other worlds, get to know the animes that best incorporated the genre and that deserve to be watched. 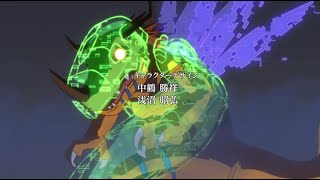 We never forget the first isekai, right? Digimon’s first season premiered in Brazil in the early 2000s as a hitchhiking of Pokémon’s success, and the rivalry with Pikachu helped boost the series’ popularity. And lo and behold, 20 years later, Toei Animation decided to remake and modernize this classic story.

The new version isn’t quite unanimous and many fans of the original say the update took away some of the charm of the story and characters, but there’s no denying how nostalgic it is to return to the Digimundo so long later. By the way, it is very interesting to revisit the story of children who are taken to the digital world in a context where we are much more connected to technology than when the anime was originally shown.

All this without mentioning that, in the remake, we don’t have Angelica’s opening, which is a huge positive point. 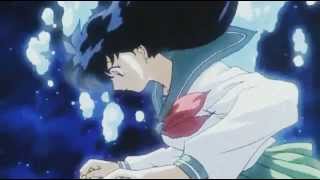 Another very classic isekai that deserves to be on this list for the simple fact that he was responsible for presenting the style to an entire generation. The story of the girl who falls into a well and ends up in Feudal Japan exactly follows the genre’s primer, bringing to light a whole new fantasy world filled with youkais — spirits or demons from Eastern culture — and magical elements.

But this is all just the beginning. After unleashing the spirit of InuYasha, a youkai-human hybrid, she discovers that she is the reincarnation of an ancient priestess and engages in a hunt for jewel fragments to prevent a powerful demon from destroying the world.

The big highlight here is the relationship of these characters. The story created by Rumiko Takahashi — the same author of Ranma ½ — has a very charismatic cast, and even the villains have fallen into public interest. Not to mention that she develops a beautiful love triangle and made everyone ship couples even before the term came up. Visionary even at that. 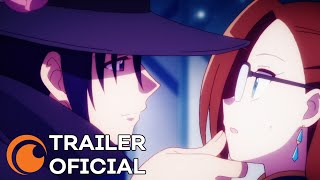 Don’t be scared by the name of this anime. Despite being as big as an ENEM newsroom, it’s good because it’s self-explanatory: it’s the story of a girl who is reborn in the body of a villain who is doomed to give up no matter what she does.

My Next Life as a Villainess is our first copy of a subgenre of isekais that has become increasingly popular in recent years: the character who ends up in a video game. In this case, the plot revolves around a noble girl who lives in a fantasy world who discovers to be, in fact, an ordinary Japanese teenager who ended up inside a dating simulator. And, as if that wasn’t enough, she is the villain of the story.

The interesting thing here is that the protagonist realizes that she only exists in this world to oppose the heroine and, as much as she tries to do different things and not be mean, all possible paths lead her to very cruel fates. And as fun as it is, you can’t help but feel sorry for the protagonist. 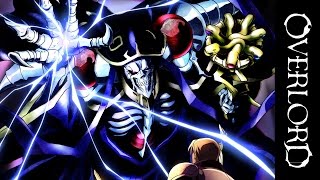 Here’s another isekai set in a video game world. And what makes Overlord a different anime within the genre is that it subverts the idea of ​​the hero who wants to go home and get out of that fantastical universe and brings in a character who likes the idea of ​​being in an online RPG and decides he’s going to use his knowledge and skills to dominate the world.

From there, the story develops from the hero’s attempts to recruit allies in his megalomaniacal mission — which leads him to form a very unusual team. 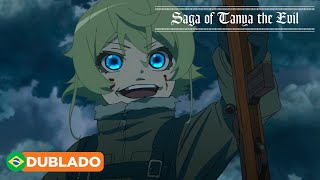 The proposal of Saga of Tanya The Evil is bizarre from beginning to end — which only makes the anime that much more interesting. Soon after losing his job, the protagonist challenges God and ends up being punished and sent to another world riddled with wars. As if that wasn’t enough, he is reborn in the form of an orphan girl.

But this is not a reason for crying and gnashing of teeth. Still with her past life awareness, now Tanya Dangurechaff will join the army and stand out as a skilled warrior and strategist. And this has nothing to do with going back to your old life: the goal is to grow up in the military and live with the luxury that the high ranks offer.

The fun thing here is that, in addition to the whole setting being very different from what other isekais offer, there is also the divine participation itself that time and again appears to disrupt Tanya’s plans in an attempt to convert her. 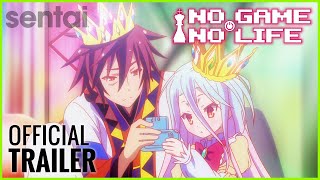 Another isekai set in a video game world that relies on divine interference. In this case, we have the twins Sora and Shiro, who basically live to play games and do nothing else for a living. Therefore, a deity crosses their path and sends them to the fantastic world they only knew through the console screens.

Speaking like that, the premise doesn’t seem to be the most original of all, but the anime has won a legion of fans thanks to the dynamics among its protagonists, the excellent animation and the battles themselves, which use precisely the idea of ​​the game as a starting point — a meeting of two universes that combine very well. Not to mention that the opening is sensational. 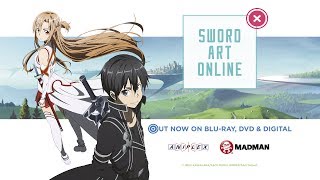 This is one of the most popular animes in recent years and responsible for bringing the isekai genre back into the spotlight after a long time without major highlights. And Sword Art Online was one of the pioneers in the gamer theme, trapping its characters inside an MMORPG and exploring very well what the virtual world has to offer.

In addition to having very charismatic protagonists and developing the relationship between all of them very well, SAO also has an incredible animation that really takes care of the action scenes. It’s all done so well that it will make you want to enter that world too. 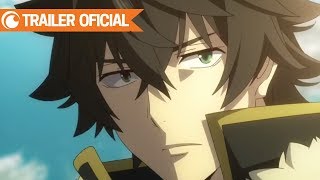 The starting point of The Rising of the Shield Hero is pretty basic: an ordinary human is summoned to a fantastical world as the incarnation of one of the four heroes who will save the world. But what if this hero wasn’t quite what people expected? It is from this that the anime unfolds, causing its protagonist to face the prejudice of the world around him and even an accusation of sexual harassment – strange as it sounds.

Despite this rather chaotic proposal, animation is one of the most praised in recent years, mainly for the development of its characters. One of the trumps is the subversion of the classic structure of showing only the qualities of this unlikely hero, showing how much he can also deconstruct himself negatively. It’s a really fun anime because it knows how to break expectations. 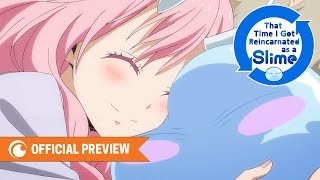 Another anime in which the huge title is self-explanatory. This isekai tells the story of Minami Satoru, a young man who has his dream job in a big company, but who is murdered in an attempted robbery and reincarnates in a fantastical world as a slime. Yes, a jelly.

Just don’t think this pathetic form is useless. He discovers he has a special ability that allows him to absorb the powers of whatever he consumes. And that’s why he decides to be the strongest creature of all while trying to make the world a better place for everyone. 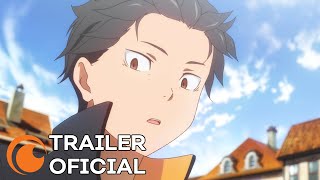 We close our list with what, for many people, is the best isekai in recent years. And it’s really hard to dispute that claim, as Re:Zero uses the structure of video games very well to create an unexpected story with situations well outside the box.

The plot features a protagonist who leaves his ordinary life and also ends up in a game. The difference is that it retains the main ability of every video game: the ability to die and go back to the last checkpoint to try again. Trouble is, this isn’t as cool as it sounds, as the killings aren’t pleasant at all and he has all the memories of the process.

Basically it’s an anime about someone who dies many times and in very unpleasant ways. And this is used very well to give weight to the narrative and create some plot twists that make everything much more interesting.

Are artificial intelligence and machine learning the same thing? Understand