Minecraft is a giant within the industry. Its launch paved the way for several games to follow the same path, and its game possibilities transcended the industry, being used in other sectors such as communication and education, showing the impact and diverse possibilities that electronic games can have.

It’s true that no game has had the same impact, but some have come close. We’ve put together a list of some Minecraft-style games that you can find for mobile and enjoy solo or multiplayer survival experiences while working on the creative side.

Launched in 2011, Terraria is a 2D survival experience with a pixelated look that is very well received by critics and can be experienced solo or multiplayer with up to 7 other players. The game features an interesting character customization system and you can choose the size of the map, which is procedurally generated, making each new start something unique.

Between deserts, forests or caves, the player has plenty of freedom to travel through the most diverse biomes, collecting what nature gives to build the equipment needed to survive in a universe populated by different animals and many other NPCs with unique characteristics to help the player to follow forward.

The title goes steady with constant updates, keeping the game fresh for players from old and new members of the universe through special events like Halloween or alien invasions and is available along with Google Play Pass for those who subscribe to the service and I strongly recommend joining this service. beautiful world. 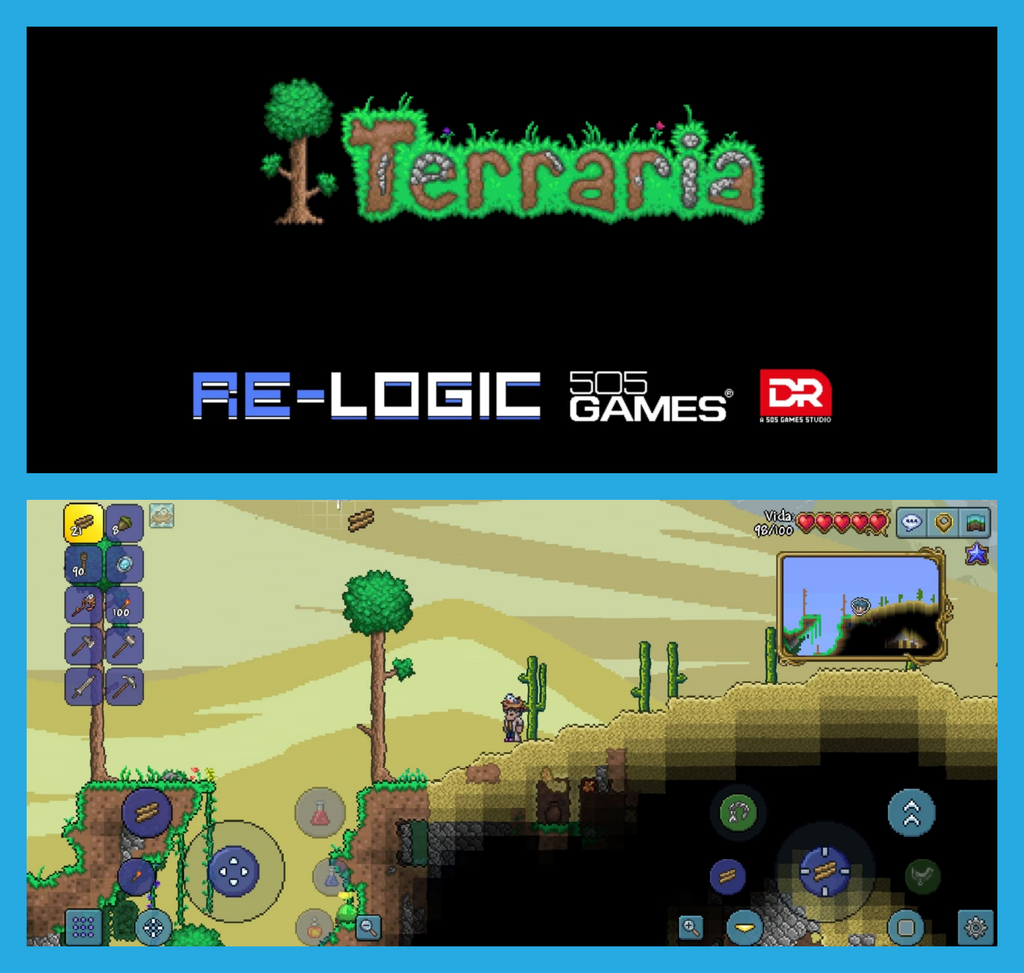 Terraria is a Minecraft-style game that takes the player to different biomes in search of survival (Image: Rodrigo Folter/Screenshot)

What if we release the player on an island with primitive creatures so he has to fight for survival? That’s the idea Studio Wildcard has brought to the table, transitioning a fine line between realism and fantasy with its ideas of survival and animal domestication. It is possible to play networked with other players or alone, in single player mode.

The survival experience is more intense as the studio introduces it, alone and without weapons. The player is challenged by the mysterious island to gather resources, create tools, take shelter from the odds of nature and, when strong enough, go out hunting and expanding their territory, in addition to being able to tame dinosaurs and use them as mounts.

The title features several biomes that take the player from land to sea and also underground, each with its own ecosystem and increasing the range of interaction options between the player and nature. Ark: Survival Evolved is an intense survival experience blending the foundation presented with Minecraft with the madness of riding dinosaurs. Fun and exaggerated, it’s worth knowing. 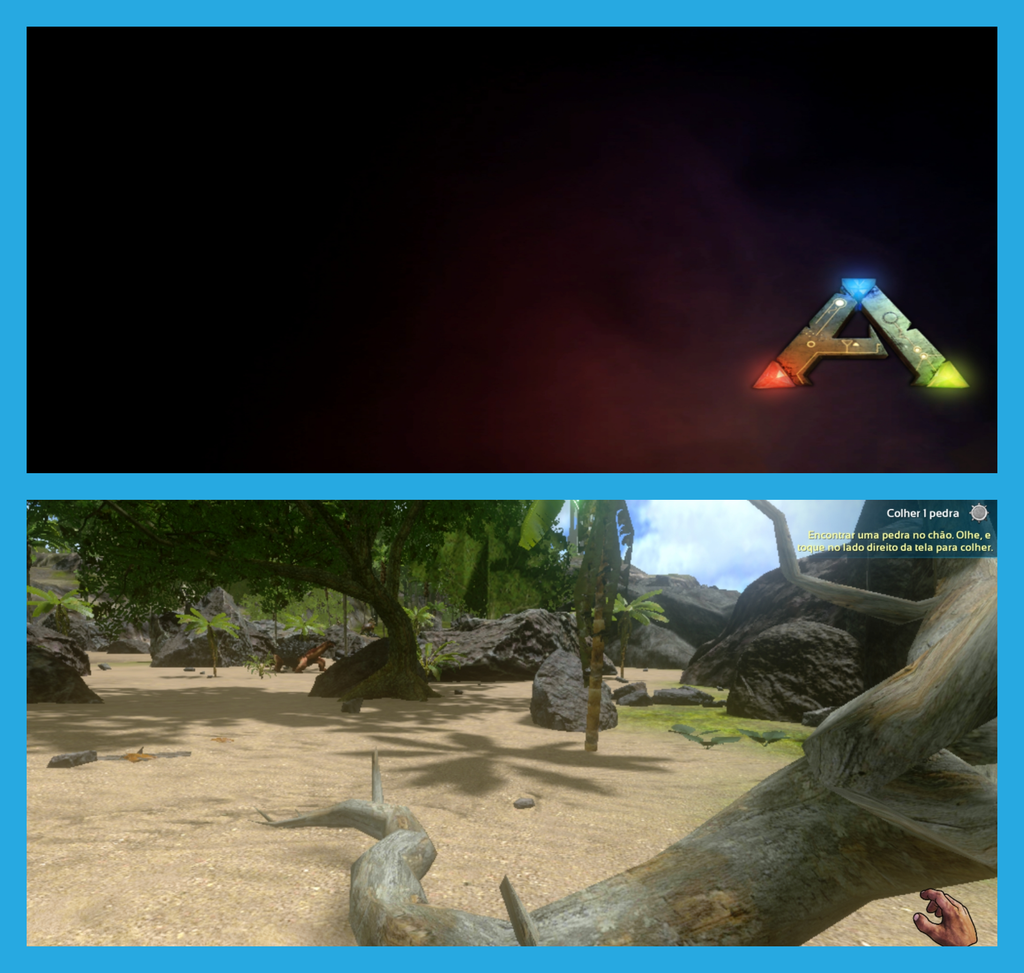 Wilson, our charismatic scientist, finds a place to call home on mobile devices too. Klei Entertainment’s title was originally released in 2013 and quickly captured the hearts of gamers, with millions of fans around the world, and critics, competing for numerous industry awards.

The artistic style, heavily influenced by filmmaker Tim Burton, and Minecraft-like gameplay formed the perfect combination for players to venture into this universe that blends fantasy and science fiction where we need to help Wilson survive this unknown world and find his way back to House.

Over the years, the title has been updated and introduced new modes, such as Don’t Starve Together, and expansion packs to keep the title interesting for players. Grab your cell phone, prepare your fingers and survive in this enchanting universe, without forgetting to build a bonfire to scare away the monsters at night. On My Own is a Minecraft-style game with a slightly more questioning focus, not on the world or social movements, but on what you aim to achieve, what your goal is. The title introduces this through the narrative of the protagonist who wants to conquer the top of the mountain in this pixelated universe that pays homage to the industry of the past.

Through four different biomes, the player needs to collect resources and discover recipes to survive and it becomes clear that as you progress, the more difficult the adventure becomes as weather conditions disadvantage the player. On My Own, then, is a title to play calmly and unhurriedly, understanding what is necessary to reach the goal.

Beach Interactive, the producer behind the game, delivers a contemplative and serene experience, but without forgetting the difficulty progression and makes the player think about themselves and their goals. All this accompanied by a captivating original soundtrack and phrases from several philosophers and writers of the 21st century being the icing on the cake of the experience. 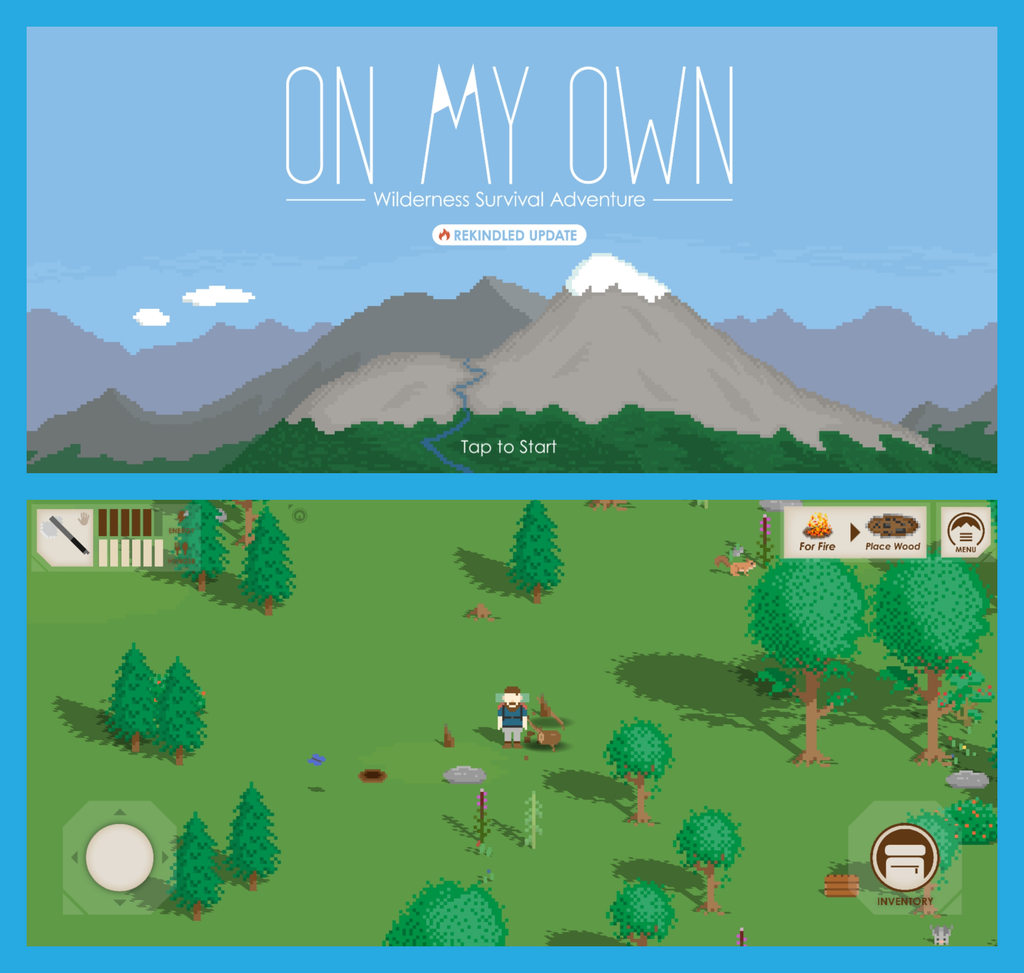 Studio Caffetteria Dev delivers to LostMiner a Minecraft-like title exclusive to mobile devices. The game does not depend on the internet connection and its 2D pixel aesthetic makes it easy to use on devices without as much graphics power. It’s the perfect choice for those who enjoy survival style but don’t want to spend as much memory space on it.

Starting his adventure in a peaceful environment, the player begins to use the nature around him to create his home and discover new tools, but as the days pass and his survival becomes easier, the urge to explore hits and then the game becomes makes it more interesting and challenging as it takes the player to the depths, increasing the difficulty of survival.

Like other games on the list, the universe created is completely random, so each map will be unique and it’s up to the player what lifestyle the miner will lead. It can be a simple farmer, not advancing too many blocks down, or a great adventurer who goes in search of the secrets that the depths hide. Who will you be? 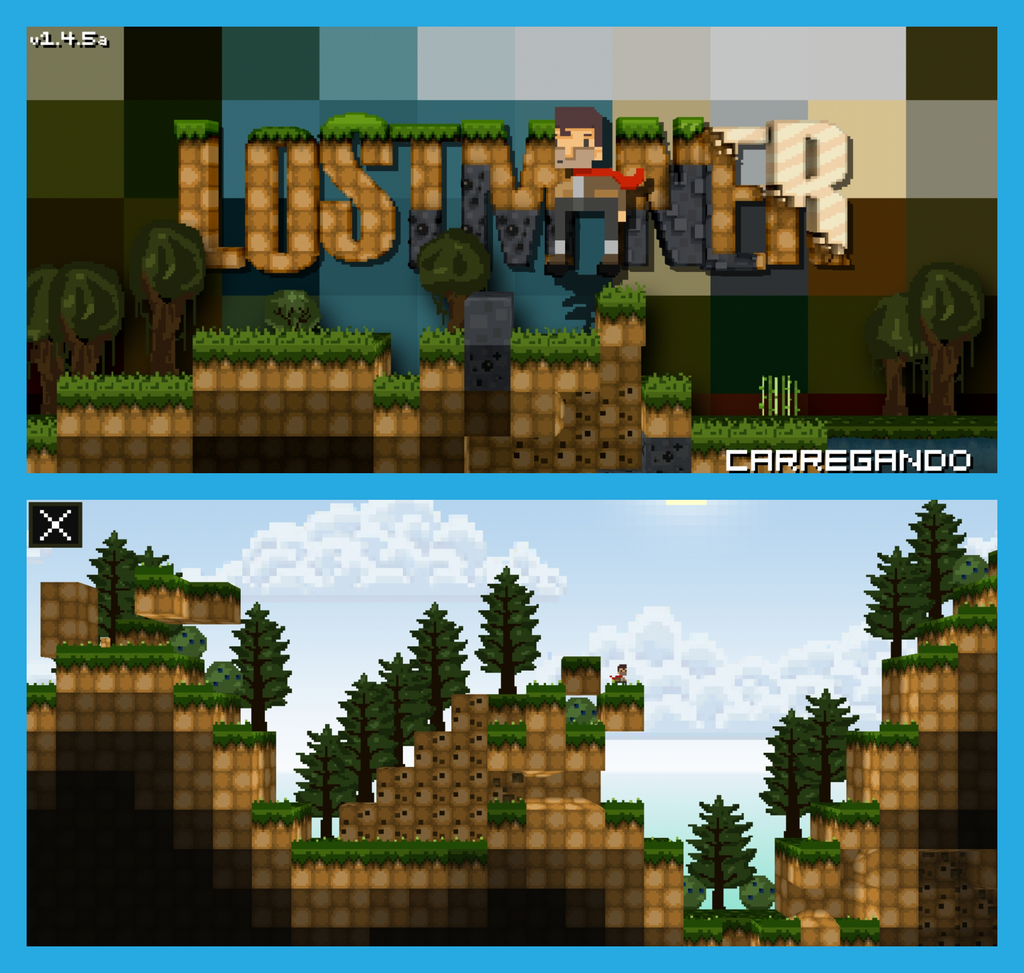 Discover the secrets of the deep in this Minecraft-influenced title (Image: Rodrigo Folter/Screenshot)

Which Minecraft-style game is your favorite? Tell us in the comments!

How to Connect Nintendo Switch to TV

I Know What You Did Last Summer gets official trailer; watch