Galaxy A52 and Moto G60 are two great mid-range phones, and can be found for less than R$2,000 with ease in online retail. Both have powerful processors, great sets of cameras and a screen with high pixel density, plus battery for at least one day of use.

But there’s more than just a fact sheet to assess yourself on a cell phone. And, looking closely, one of them may be much more worth buying than the other, as it is a more interesting investment in the long run.

Find out which one is the most suitable in this brief comparison Galaxy A52 vs Moto G60, which evaluates the screen, cameras, hardware and battery specifications, but also reminds you of other important aspects for you to observe in a cell phone. 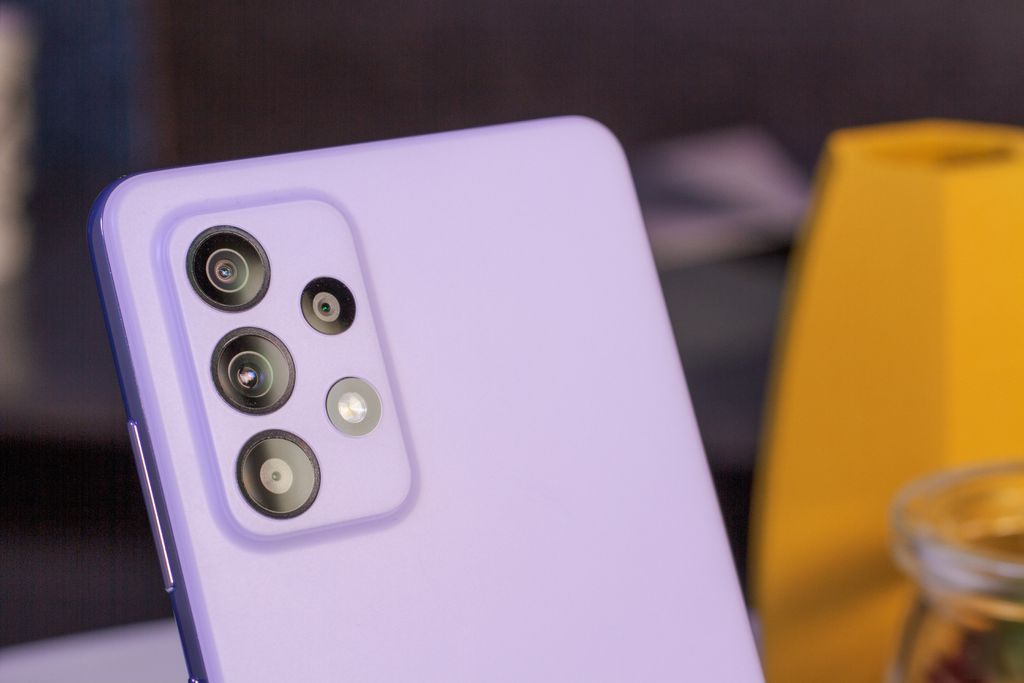 “One-piece” design on the back of the Galaxy A52, with just a few holes for cameras and flash (Image: Ivo/Canaltech)

The appearance of the two devices is similar only at first glance, and looking at them from the front. The screens have minimal edges and a hole centered at the top to house the selfie camera. Also, there’s hardly anything else that looks between the two, including the slightly straighter shape on the Galaxy A52.

The Motorola model has larger dimensions, but this is basically because the screen is considerably larger. It’s 0.3 inches more, but the occupation of the front is a little better on the Moto G60’s display. The thickness, considerably greater, is explained by the size of each battery: the Samsung model has 1,500 mAh less charge.

Regarding the physical buttons, both have volume and energy on the right side. The Moto G60 has one more, which is unique to the Google Assistant. On the left side, you find the chip drawers, with a hybrid space for a SIM or micro SD card in both. The headphone jack is present on both phones, but in different places: on top on Motorola phone, and on bottom on Samsung.

The sides and rear are finished in plastic, which is matte on the Galaxy A52 and glossy, with a gradient effect on the Moto G60. Samsung offers more color options: blue, white, black or violet. Motorola has only two alternatives on the Moto G60, blue or champagne. The location of the fingerprint reader is also different, being under the screen in the first and at the rear in the second. 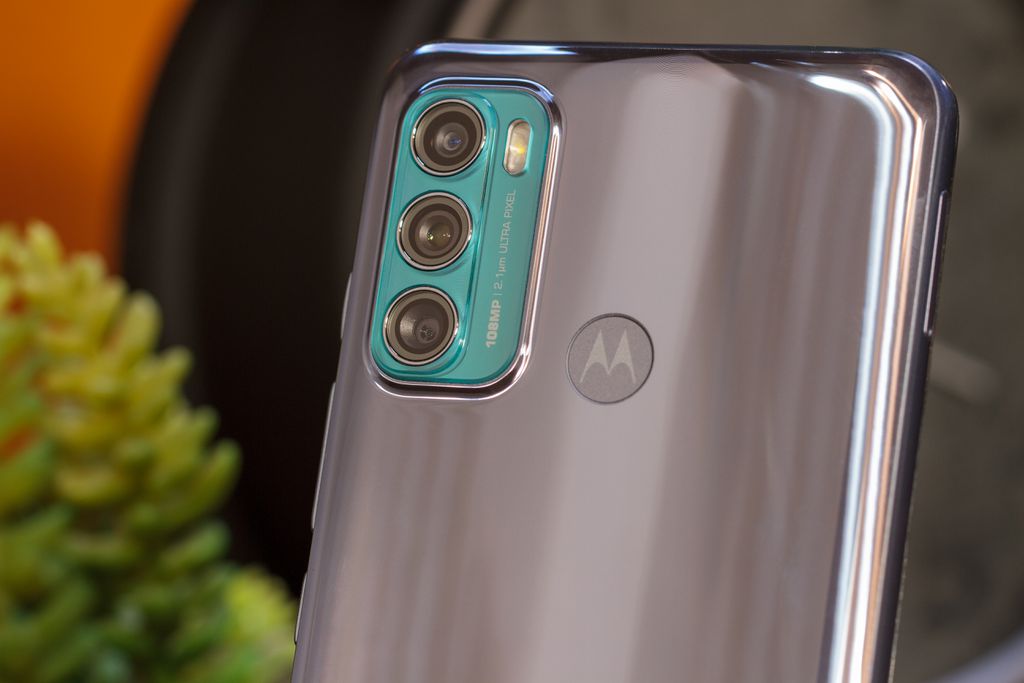 On the Moto G60, the camera module has its own “lid” (Image: Ivo/Canaltech)

The back cover, by the way, has more differences besides the finish. Both have rectangular camera modules, but while the Galaxy A52 integrates everything in one piece, the Moto G60 has a good division, and the color of the popped part has a different hue than the rest. Both have a column with three sensors on the left, but only the Samsung model has a fourth sensor next to the flash in a second column.

Finally, the cell phone from the South Korean company has a great advantage over its competitor: it is resistant to water and dust, with IP67 certification. It can be immersed in up to 1.5 meters of fresh water for up to 30 minutes without damaging internal components. This is a feature hard to find in mid-range devices — in fact, there are many high-end devices without this protection. 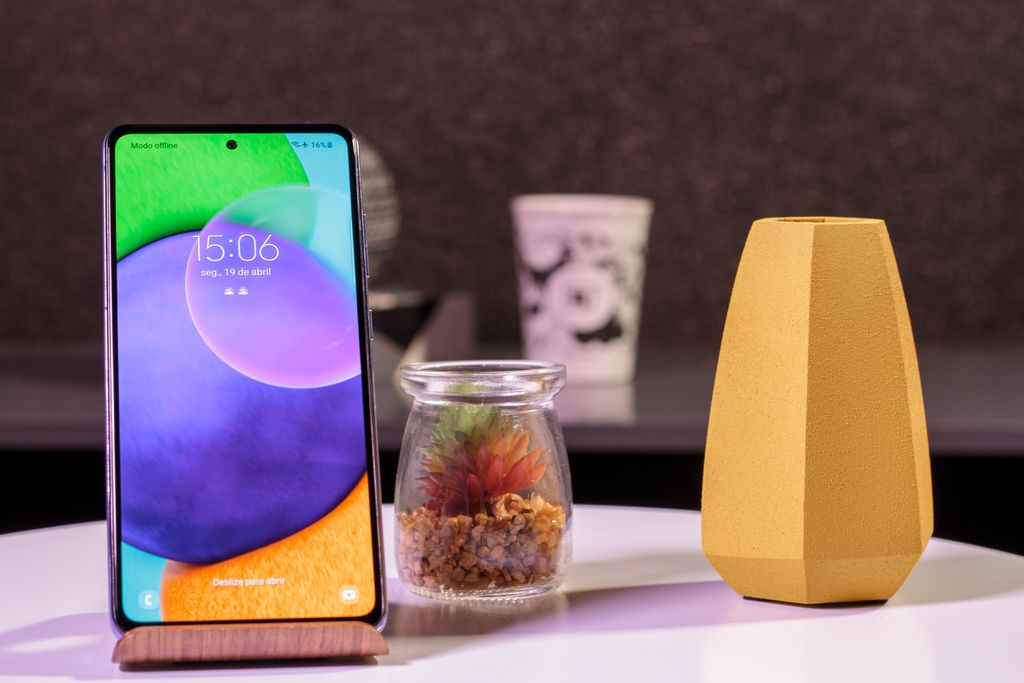 As already mentioned here, the Moto G60’s screen is bigger than its competitor’s. It’s 6.8 inches versus 6.5 inches, plus a difference in ratio: 20.5:9 versus 20:9. What does that mean? That Motorola’s cell phone is closer to the 21:9 height-to-width ratio of a movie screen than the Galaxy A52, though it’s not far from it. In practical terms, you will have fewer black edges when watching movies the closer you are to cinema viewing.

Another difference is in the refresh rate of the displayed content, which is 120 Hz on the Moto G60 and 90 Hz on the Galaxy A52. The difference in fluidity is barely noticeable, and so far there are few apps that support this improvement. You can already enjoy some games with a higher frame rate in the first than in the second, which should make the newer model a little more attractive for gamers. 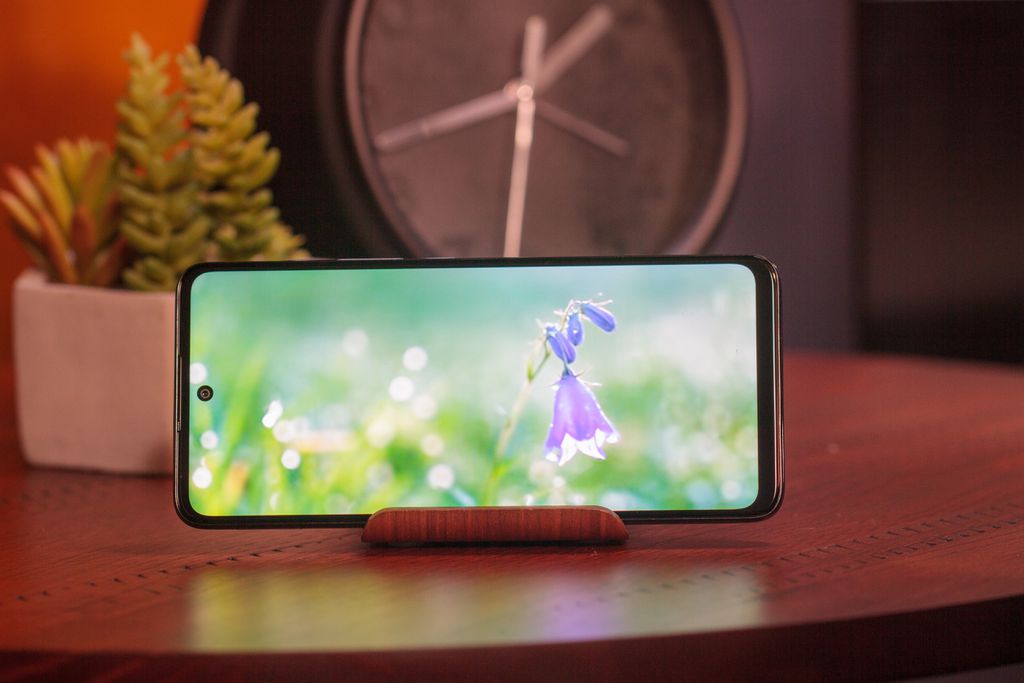 There is an important difference, though: the type of panel. The Galaxy A52 has a Super AMOLED display, which delivers more vivid colors and sharper contrast than its competitor’s IPS LCD. In addition to achieving higher brightness, which means more comfort for outdoor use. And the fact that the technology takes up less space also helps explain the large difference in thickness between the two models.

The Galaxy A52 has a quad set in the rear, while the Moto G60 has a “only” triple. However, there is an advantage in the Motorola model, which has a hybrid camera that takes photos with an extended field of view and macro with auto focus. The Samsung cell phone has fixed focus on the ultra wide and also on photos of very close objects.

The quality itself is slightly better on the Galaxy A52 in most scenarios. Don’t get me wrong, the Moto G60 has an excellent camera set, one of the best I’ve seen on a Moto G. But Samsung is a few steps up in image processing, as well as offering optical stabilization on its mid-range main camera. — which means blurry photos much less often.

The fact that it has more pixels doesn’t help the Moto G60 that much, but it considerably reduces the disadvantage in low light photos. Both work very well in these scenarios, which were one of the biggest highlights of cell phones a few years ago. Night mode, combined with technologies that help to increase light sensitivity, has helped enormously to advance in this direction.

Super wide-angle camera and macro shots look better on a Motorola smartphone thanks to the adjustable focus. The fact of having a fixed focal length in the Samsung model interferes a little, despite being wider and, theoretically, more difficult for the image to be out of focus.

In selfies, both also manage to work well, considering that they are intermediate cell phones. The Moto G60 tends to blow up the background more to prioritize the image object, but the Galaxy A52 manages to solve this very well with a great HDR, which reduces the light in the background while still highlighting your face. At night, they both struggle a bit to deliver good results, but you can use the Motorola model’s front flash or Samsung’s screen illumination to solve — or night mode.

In video recording, these smartphones owe the 4K at 60 fps, but reach this resolution with 30 frames per second. Here again, the Samsung model’s optical stabilization system is an advantage. Recordings with the main one are less shaky even without the use of a support.

Despite having seemingly different platforms, Galaxy A52 and Moto G60 deliver very close power and performance. Both still have the same amount of RAM and storage, with 6 GB and 128 GB, and it is still possible to expand the space with a micro SD card.

In a way, you can say that the Moto G60 has a platform that is an update to the one that is present in the Galaxy A52. Curious is that, in the benchmark tests, there is practically no difference, possibly due to the fact that they both have the Adreno 618 GPU. The devices’ scores on the 3D Mark’s Wild Life Extreme test are in the same range.

The Moto G60 should have an almost imperceptible advantage in data processing, even as it has slightly faster cores, as well as a more recent architecture. On a day-to-day basis, you won’t feel any difference between the Motorola model or the Galaxy A52, and I wouldn’t choose the former just because of this difference.

Also because Samsung is more active in software updates, and should deliver up to three versions of Android and four years of security updates. That is, for now the device is guaranteed until Android 14. The Moto G60 is only with Android 12 guaranteed, and will only be updated to 13 if there is a change in Motorola’s update policy, which doesn’t seem to happen. . 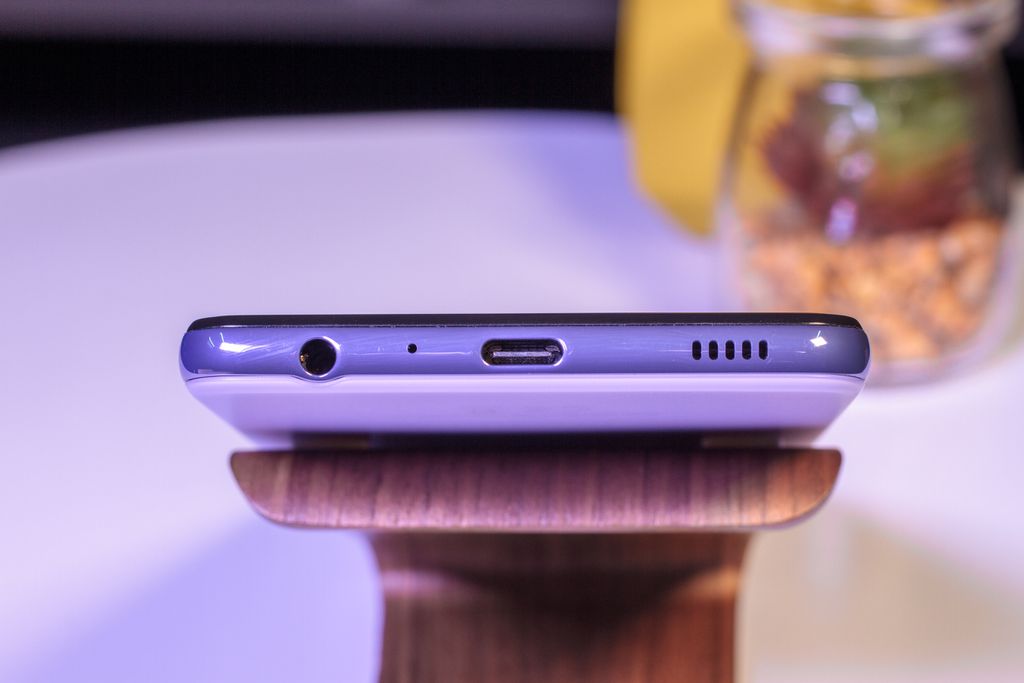 P2 and USB-C connectors are on the bottom of the Galaxy A52 (Image: Ivo/Canaltech)

And then we get to the first point where the Moto G60 really offers a clear advantage over its competitor. With a lot more battery life, the Motorola cell phone can last up to three days away from the wall, if you save well, use low brightness and have few applications in the background.

The Galaxy A52 can withstand up to two days of normal use, and it’s hardly going to last much longer. Most likely, after you install messengers and social networks, which draw a lot of energy in the background, the cell phone can withstand a day with a good amount of charge at night, but it should ask for an outlet in the middle of the second day of use. In other words, it might be a good idea to carry it at least a little bit every day.

Regarding recharging, in addition to having a lower battery capacity, the Samsung model also has a more powerful 25 W charger. It can fill 100% of the charge (starting from 0%) in less than 2 hours. Your competitor needs 2 hours and 20 minutes to do the same process. Of course, considering the higher charge, it still delivers more usage time with less recharge time. 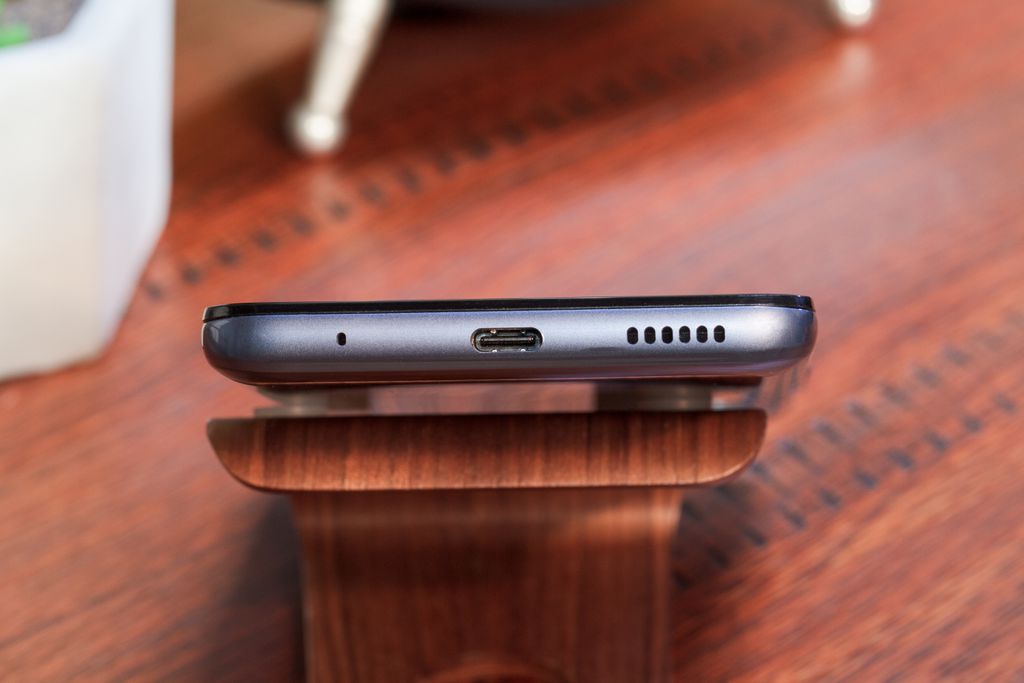 Moto G60 has USB-C at the bottom and P2 at the top (Image: Ivo/Canaltech)

The Moto G60 is one of the best Moto G I’ve ever tried, and I’ve had in my hands pretty much every model in the line since the Moto G4. Unfortunately though, some Motorola choices leave it considerably behind the Galaxy A52 when you compare the two side-by-side.

Super AMOLED screen, IP67 certification and guaranteed updates are differentials that I recommend you take into account when buying a cell phone that doesn’t cost too much, as is the case with these intermediaries. Samsung’s smartphone has it all, while the Moto G60 has an IPS LCD display, which may annoy anyone who needs high brightness to use outdoors, and will possibly only receive security updates after upgrading to Android 12. And only until April 2023, when it will complete two years of its launch.

Of course, in case the price difference is too big, you’ll get a great deal by choosing the Motorola model. But the Galaxy A52 is a better long-term investment, so it’s good to put that all in balance. And it only loses even in usage time, which is still very good and certainly surpasses a day away from the socket.

In terms of performance and cameras, these are two very good smartphones in the price range they came out of, and both are already considerably cheaper in online retail. The Galaxy A52 was announced for R$ 3,300, and reached its lowest value in mid-July, when it reached almost half the original price and went up again. The Moto G60, launched for R$ 2,700, reached its lowest price at the end of June, and since then has risen little.