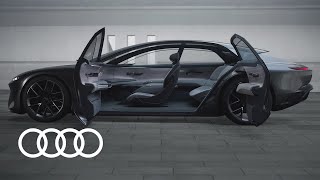 The IAA 2021, the former Frankfurt Motor Show, which will be held in Munich for the first time, will have the Audi Grandsphere Concept as one of its main attractions. The autonomous sedan is the second concept car of the “Sphere” line and will present to the world what the brand has planned for its future.

Produced with level 4 autonomous steering, which does not require the presence of a driver, the Audi Grandsphere Concept has no steering wheel, pedals or displays. Everything to give the user a new dimension of freedom, according to the brand. “The front seat becomes a first-class lounge with maximum space, freer views and access to all the functions of a holistic digital ecosystem in which the Audi Grandsphere is integrated,” said Audi, in a statement sent to Canaltech.

One of the differentials of the Audi grandsphere concept is precisely the transformation of the interior space into a kind of cockpit. This is done by retracting the steering wheel and pedals, which become “invisible” to the car’s occupants.

“The Audi Grandsphere Concept not only frees the driver from the tasks of driving whenever possible, but at the same time offers everyone on board a wide range of options to use this freedom for varying individual experiences: communication and relaxation, work or retreat for a private sphere, as desired,” explained the brand.

The idea of ​​the brand, which is working with CARIAD, a software development company of the Volkswagen Group, is to introduce the new technologies presented in the “Sphere” family across its range of vehicles in the second half of the decade. In addition to the Grandsphere, a novelty presented this Thursday (2), the brand has already announced the Skysphere, in August, and is preparing the Urbansphere to arrive in 2022.

“Redefining” the concept of the car 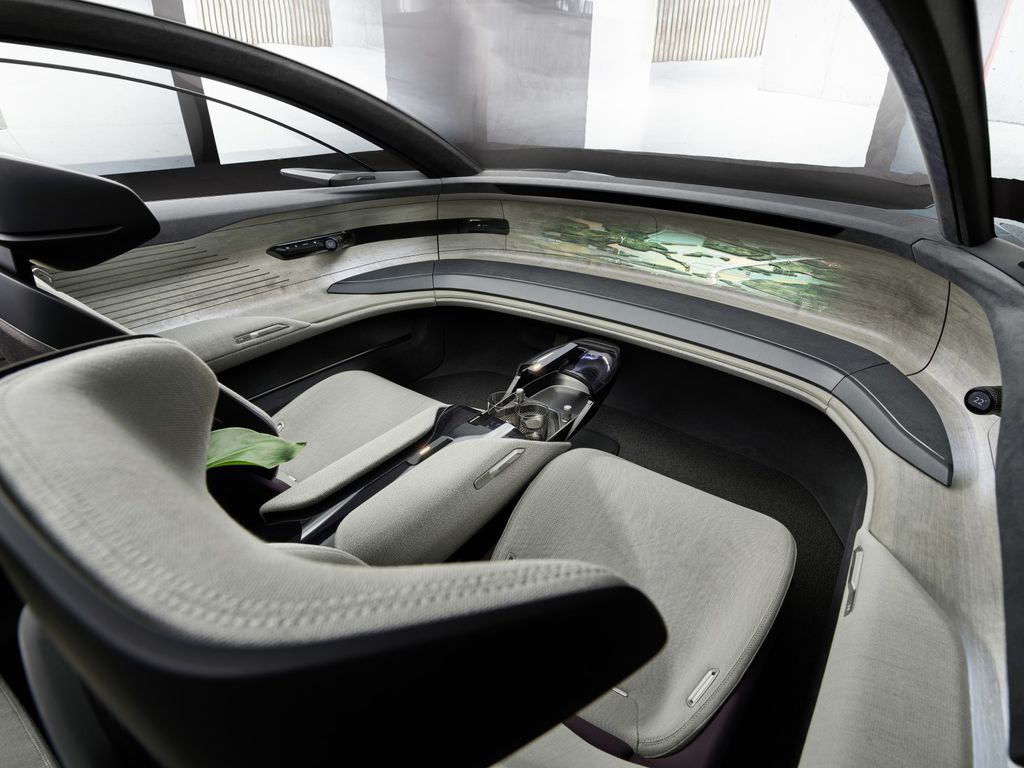 Audi has ambitious pretensions with the launch of the Grandsphere and the rest of the family’s concept cars. The idea, not modest by the German brand, is to “reinvent and redefine the interior as the center of the vehicle”, and “create a purpose that goes beyond the mere fact of spending time in the car to get from point A to point B” .

“The steering system and handling are no longer at the top of design specs in this new generation of cars. Instead, the starting point is the occupants’ experience and sphere of experience as they travel. The needs and desires shape the space, the architecture and the functions”, explained the manufacturer.

Still in terms of comfort, the Grandsphere has some features that, at first glance, may seem superfluous, but will certainly please the niche for which the sedan was designed. This includes filtered air output, and even scented air, if the user wishes, with controlled temperature, internal cooler for two cups and a bottle, seat temperature and CinemaScope screens, which can even be used for video conferencing. 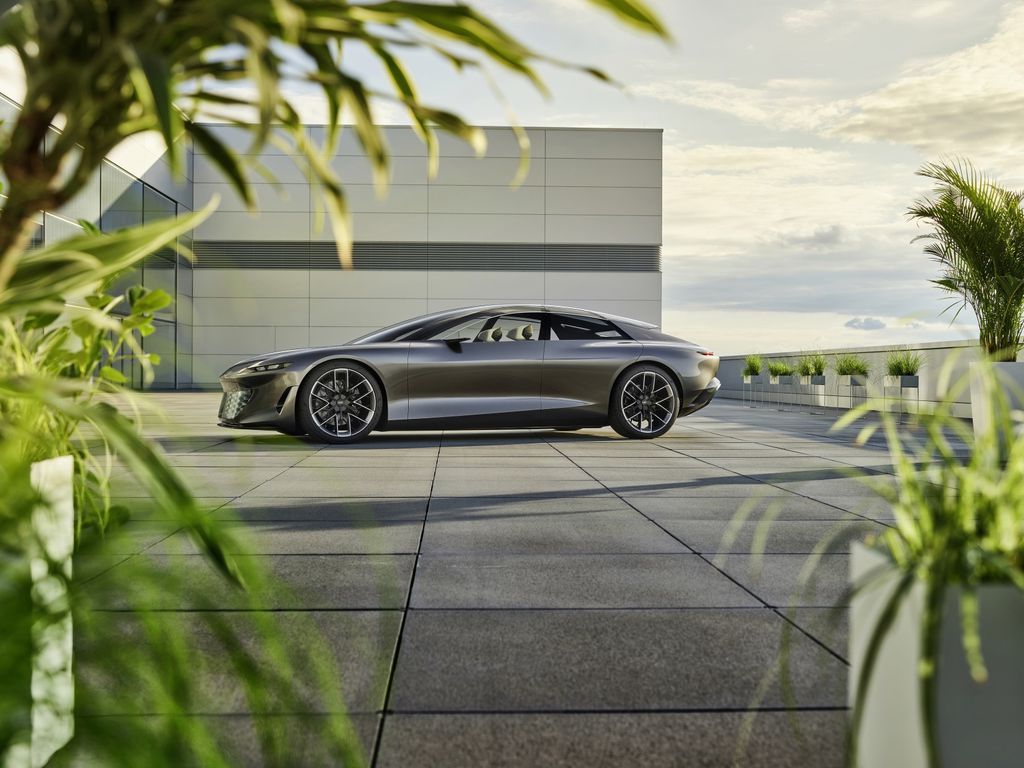 If inside the Audi Grandsphere promises to be a luxury only, the sedan-concept of the German brand also wants to impress in the external look and in the engine. The machine is 5.35m long, 2m wide and 1.39m high, with a 3.19m wheelbase and 23-inch wheels. The look is not even remotely reminiscent of a traditional sedan and is more similar to a sports car, like the Avus, the brand’s concept in the 1990s.

The technology platform of the Audi Grandsphere Concept is the PPE (Premium Platform Electric), dedicated exclusively to electric steering systems. The sedan is powered by a 120 kWh battery, perfect to support an engine that can cope with many popular cars for those who like speed. 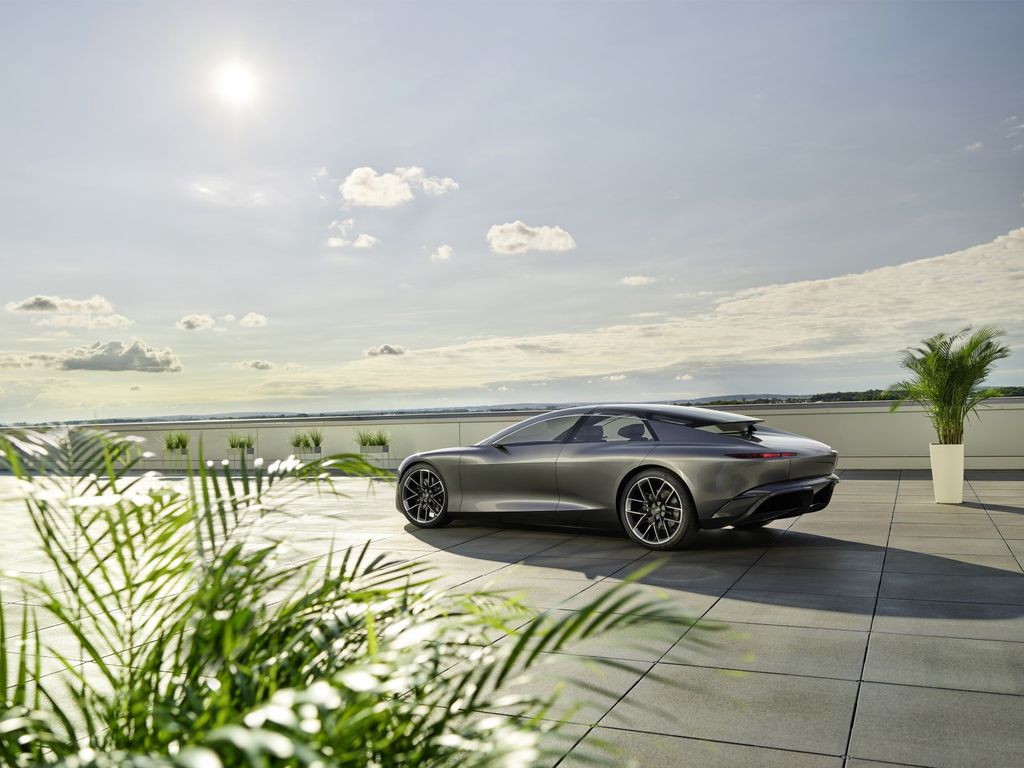 The two electric motors of the Audi Grandsphere Concept are capable of delivering a total power of 530 kW and a torque of 97.89 kgf/m. This engine is equivalent to that found in a Ferrari F8, for example, as the 530 kW represents 720 horsepower. According to the manufacturer, the power + torque combination makes the acceleration of the Grandsphere go from 0 to 100 km/h in just over 4 seconds.

Charging the electric sedan is 800 volts, the same as found in the Audi e-tron GT. Therefore, the battery can be charged up to 270 kW in a very short time in quick charging stations. According to the brand, after just ten minutes of loading, the sedan is ready to travel 300 kilometers. In less than 25 minutes, you can charge the 120 kWh battery from 5% to 80%.

About 14% of the world's corals have been lost in the last decade, says report