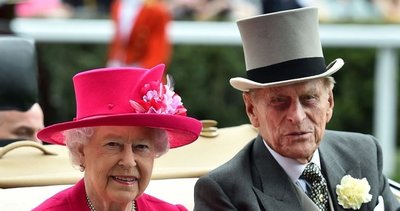 Queen Elizabeth, the longest reigning member of the British Royal Family, turns 95. The new plan of the Crown, which was recently shaken by the death of her husband, Prince Philip, has been deciphered. The secret plan, which includes the 10-day protocol to be followed after the death of Queen Elizabeth in England, has been revealed.

Details of the British government’s plan, codenamed “London Bridge Operation”, which includes social media restrictions as well as security measures regarding what to do immediately after Queen Elizabeth II’s death, leaked to the press.

ENCRYPTED MESSAGE TO THE PRIME MINISTER

Flags will be lowered at half-mast in the country after the Prime Minister makes the official announcement to members of parliament and the public. With the Prime Minister’s statements on live broadcast, the royal family’s website, social media accounts and government sites will all turn black.

The Queen’s coffin will be taken by a parade from Buckingham Palace to Westminster Palace. The coffin, which will be placed in the catafalka here, can be visited by the public 23 hours a day for three days. Tickets will be issued for important persons. The royal family’s website will turn black with a short statement confirming the Queen’s death. Black bands (banners) will be featured on the British government’s websites with the “gov.uk” extension and all social media accounts of government institutions. Non-urgent content will not be published and retweets cannot be made unless approved by the government’s head of communications.

Few Brazilian states monitor air quality, according to a study

Connecting AirPods to Xbox One