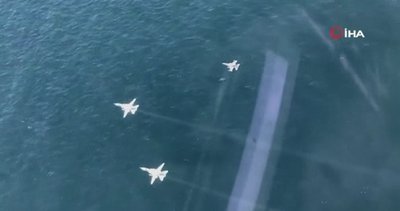 The Turkish Air Force conducted a joint training flight with the Polish Air Force as part of the NATO Enhanced Air Policing mission.

In the statement made by the Ministry of National Defense, “As part of the Enhanced Air Policing mission, the aircraft of our 161st Jet Fleet Command stationed in Malbork, Poland were ordered to take off by NATO. Our aircraft took off within the specified time and safely performed the intercepting mission in the Baltic airspace with the guidance of the radar authorities. has,” it said.

5 Science Podcasts You Need to Know