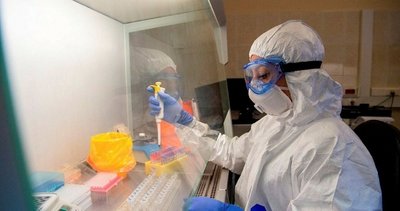 According to the data announced by the National Public Health Agency of Greece (EODY), the Mu variant, which the World Health Organization (WHO) reported that has more resistant mutations against vaccines, but that more research is needed on this issue, was found in 6 people in Greece.

While 2 of the cases were detected by tests at the entrance of Eleftheros Venizelos Airport in the capital Athens, the other 4 cases were recorded in Argolida, Attiki and Ahaia.

91.7% of intubated patients are unvaccinated

According to EODY data, 91.71 percent of 332 intubated patients under treatment in hospitals are people who have never been vaccinated or have not completed their vaccinations.

Since the beginning of the epidemic, the number of people who lost their lives due to Kovid-19 in Greece is 13 thousand 777, while the daily number of cases is around 3 thousand.

Recall of Chevrolet Bolt will cost a fortune; who will pay the billion dollar bill?