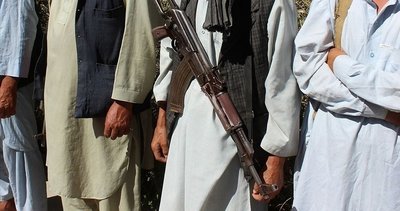 EU: WE WILL NOT KNOW THE TALIBAN

European Union (EU) High Representative for Foreign Relations and Security Policy Josep Borrell said that they will not recognize the Taliban, but they will establish relations within certain criteria.

Speaking at the informal meeting of foreign ministers, Borrell stated that the ministers agreed to stick to supporting the Afghan people. he said.

The Taliban do not export terrorism to other countries, respect human rights, the rule of law and freedom of the media, facilitate the delivery of humanitarian aid, allow foreign nationals who want to leave the country and Afghans at risk to go, and are inclusive and representative through negotiations between political forces in Afghanistan Stating that they stipulated the establishment of a transitional government, Borrell continued:

“We will evaluate the Taliban’s behavior according to five criteria. Some say, ‘But the Taliban will not fulfill them.’ “Let’s see. Our relationship will depend on these conditions being met.”