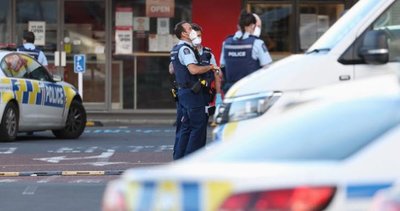 A knife attacker who injured 6 people, 3 seriously, was shot dead by police in Auckland, New Zealand.

According to the news of Radio New Zealand, a knife attack was carried out in a shopping center in the country’s largest city, Auckland.

It was announced that the male attacker, who was reported to have injured 6 people, 3 of them seriously, with a knife in the New Lynn shopping center in the West Auckland region, was shot dead by the police who came to the scene.

New Zealand Prime Minister Jacinda Ardern said at a press conference about the attack that it was a “terrorist attack”.

Ardern said the suspect was shot and killed within 60 seconds by New Zealand police after stabbing and wounding at least six people in a supermarket in Auckland.

Ardern stated that the attacker was a Sri Lankan citizen who had been in New Zealand for 10 years and had an interest in DAESH for about five years. “It was hateful, it was wrong. It was done by a person, not by a belief. Only he bears responsibility for these actions,” said Ardern.

Last minute: US statement on ‘evacuation from Afghanistan’

Does Windows 11 with TikTok on Notebook make sense? – Podcasts

Kabul woke up to the sound of explosions! He conveyed the latest developments from the hot spot