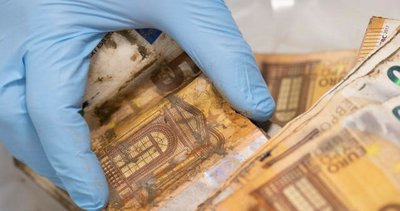 While normally around 40 million euros worth of damaged banknotes are received each year, it was stated that this year only 51 million euros worth of damaged banknotes were received from the flood zones from the end of July to the end of August. It was stated that the wet and dirty money from the citizens was the money that was contaminated with mud, sewage and oil in the flood waters.

LinkedIn announces end of Stories and surprises no one

Airstrike on Afghanistan in the USA! Daesh-Khorasan organization was going to attack Kabul Airport