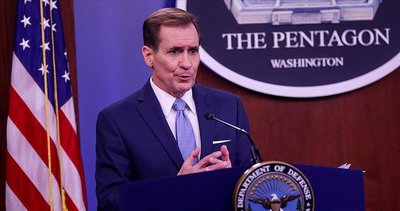 Commenting on the withdrawal from Afghanistan at the daily press conference, Kirby said, “We spent blood and treasure so that Afghanistan does not become a safe haven (for terrorist groups) again, and in the process, we helped build the Afghan forces’ capabilities and competence on the ground, but frankly, no one said they would fight. He couldn’t have guessed.” said.

Asked whether they would support the groups in Panjshir against the Taliban in the clashes between local groups and the Taliban in the province of Panjshir, Kirby said, “The US military operation in Afghanistan has come to an end.” replied, implying that they would not be involved in the conflicts here.

Moisture would have caused problem with Starliner spacecraft, says NASA

Free Fire Max: the minimum requirements to play on Android and iOS