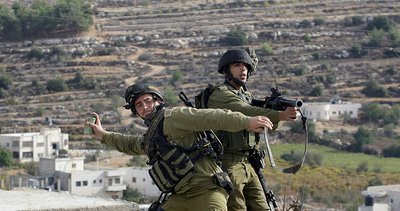 Dozens of Palestinian youth gathered on Gaza’s eastern border to protest the blockade that Israel has implemented for years. Young people burning torches at the border also set their vehicle tires on fire.

According to the statement of the Ministry of Health in Gaza, Israeli soldiers attacked the Palestinian youth with live bullets and tear gas.

In the incidents, 26-year-old Ahmed Mustafa Salih from the Jibaliya Refugee Camp in the north of Gaza lost his life and 15 people, including children, were injured.

Meeting under the name of “Night Mayhem Unit” for 6 days, Palestinian youth aim to disturb Jewish settlements and Israeli soldiers by burning car tires and throwing sound bombs on border strips in various regions in the late hours to protest Israel’s 15-year blockade.

How do you know the age of ancient things and events on Earth?