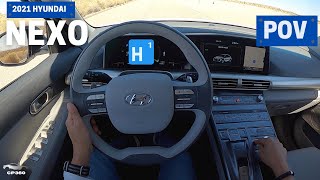 Hyundai will debut an autonomous taxi, that is, driverless, in 2023 in partnership with Lyft, but it is already looking at alternative technologies to those adopted in hybrid or all-electric models. Proof of this was the launch of the Hyundai Nexo, which is now available for purchase in Australia.

The South Korean manufacturer’s idea of ​​focusing 100% on zero-emission cars is old, and Nexus is part of plans to reach this goal by 2040. Hyundai wants its fleet to be 50% electric-powered cars and the rest by vehicles with hydrogen engines.

The most recent test carried out with the Nexo showed that the flagship, pardon the pun, has the potential to become a reference in the segment of hydrogen powered vehicles. According to the test numbers, the vehicle was able to travel 900 km with just one tank and, to top it off, purified 449,100 liters of air during that trip.

This number means, in practice, that the Hyundai car, using only 6.27 kg of hydrogen, “cleaned” the environment with the equivalent of breathing about 30 people during a day. This was possible because the model, in addition to all the technology involved, does not emit any pollutant gas, just water through the exhaust system. For comparison purposes, a normal combustion-powered car model would emit 125 kg of polluting gases on a 900 km journey.

As if the impressive autonomy and the environmentally beneficial function were not enough, the South Korean also endowed the Nexus with an ultra-fast refueling system. According to her, it will take only five minutes to fill the car’s tank with hydrogen.

The Nexus, incidentally, will not be the only hydrogen-powered vehicle of the brand that should make its appearance on the market this year. The company released a small teaser, without much detail, about its first sports car that will also use this engine. 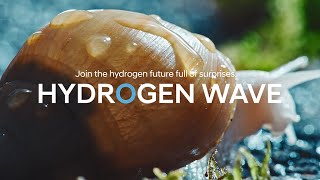 Toyota also in the area

Hyundai is not alone in the search for new clean technologies for the automotive segment. In addition to the South Korean company, another giant in the sector is eyeing the new trend: Toyota.

In July, the Japanese company tested a hydrogen-powered Corolla. The 3-cylinder engine sedan has been adapted to burn the element in the same way as a traditional combustion engine.

In June, she also sent the hydrogen-powered Mirai onto the French streets, just for a test run. The model came to run 1,000 km with just one tank and, as a result, broke the world record for the distance traveled by a hydrogen car. Will we have another clean fuel option available to the general public in the near future? It’s wait (and hope) and see.

Microsoft Exchange was used to spy on hotels and governments

How to group tabs in Microsoft Edge