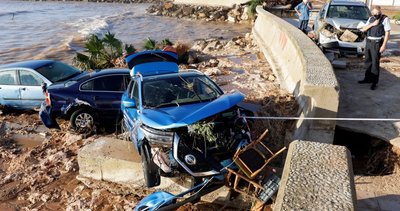 In the flood disaster caused by heavy rains in the north of Spain, vehicles were dragged into the sea, at least 5 thousand houses were left without electricity. On the other hand, no loss of life was reported due to the flood disaster.

The flood caused by heavy rains caused extensive damage in the coastal town of Alcanar in the Autonomous Region of Catalonia, located in the northeast of Spain.

In the town, where streets and streets were flooded, damage occurred to houses and workplaces. About 10 vehicles caught in the flood waters were dragged into the sea.

While communication was disrupted due to the damage to the telephone lines, at least 5 thousand houses were left without electricity.

Flooding also occurred in the central and northern parts of the country, including the capital Madrid.

YouTube Music gets free plan with ads and off-screen music