This Wednesday (1), Ethereum (ETH) had an 8.42% growth in its sales price and was sold above US$ 3,500 thousand per unit (approximately R$ 18,000 at the current price), with a 14% growth this week alone. With this value, the cryptocurrency had its biggest increase in the last three months. Ethereum is the second largest digital currency on the market, second only to Bitcoin (BTC).

The high expressiveness of cryptocurrency is mainly due to its new update, called “London”, in which new features and tools were added to the currency trading network. Among the novelties, the most talked about is “burning”: after a transaction, instead of the token going to miners, as is standard in this type of operation, it is unusable. In summary, although new cryptocurrency units are constantly being generated, transactions also make previous units unavailable, thus controlling price inflation. 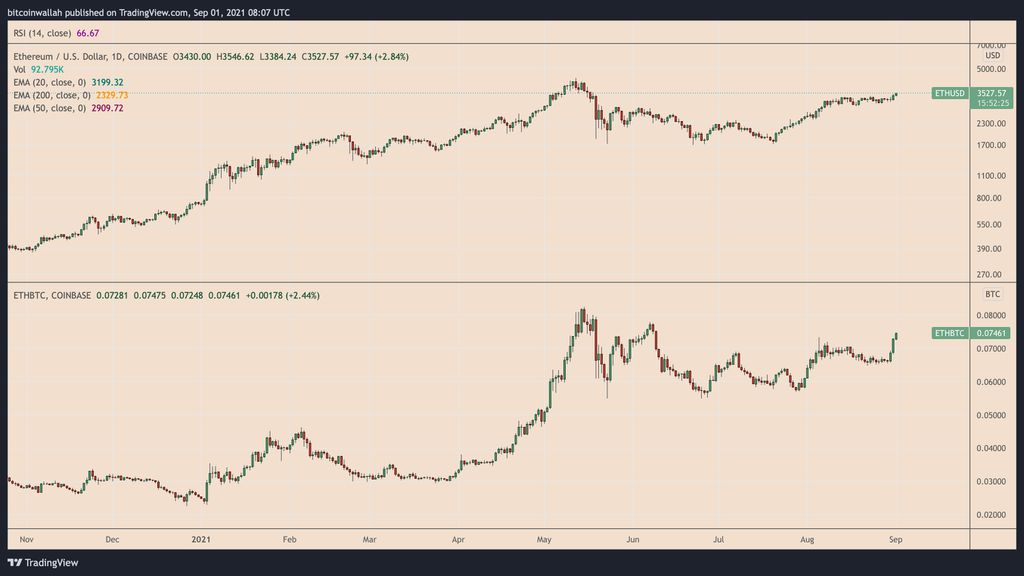 Another reason considered responsible for the valuation of ETH is the rise of Bitcoin itself, which is responsible for most of the price movements between cryptocurrencies; and ends up collaborating with the growth of other assets. Bitcoin, in the same period as the Ethereum record, gained 3.62%.

How to create a table in Canvas