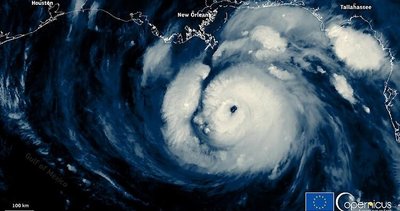 After Hurricane Ida reached New York, the images shared on social media were mind-blowing. Life came to a standstill in the city, where everything from metro lines to homes suffered disasters. Here is the damage caused by Hurricane Ida in the USA…

Hurricane Ida, which hit the south coast of the USA in the Gulf of Mexico at 240 kilometers, moved towards the interior of the country and turned New York into hell.

Ida, which entered the United States from Louisiana on August 29 and made history as the fifth strongest hurricane to hit the mainland, soon reached New York City on the east coast.

Hurricane Ida, which left a record rainfall in New York, where approximately 8.5 million people live, caused flooding of houses, roads and subway stations. A state of emergency has been declared in New York and its immediate neighbor New Jersey.

On the other hand, Blasio declared a state of emergency. “It’s a historic record of precipitation, extreme flooding and dangerous weather conditions,” Blasio said.

Apple may have carbon neutralization compromised by supplier TMSC