The Boeing F-15 is one of the most advanced military aircraft in the world and the US manufacturer has spared no investments to make it even better. In a presentation held on August 25th, the company gave some details about the aircraft, which received new controls, improvements in flight systems and much more. There are even some units sold.

According to the folks at Aero Magazine, the F-15QA is a natural evolution of the traditional F-15. This new model has superior speed, high range and payload, in addition to receiving a new generation of fly-by-wire flight control, fully digital avionics and new sensors and radars. Its use is aimed at more tactical missions that require high maneuverability and maneuverability.

Boeing has not disclosed how much each unit of the new F-15 costs, but has said it has sold 36 aircraft to the government of Qatar, an important US ally in the Middle East. For negotiations with the Qatari country, the aircraft was renamed the F-15QA Ababil, in reference to the mythological bird of Islam. The order price for this lot was US$12 billion, with a pre-fixed agreement to sell another 36 units in the future. 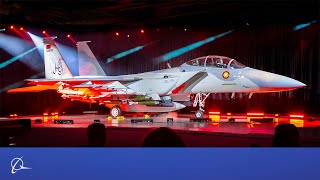 According to Boeing, the aircraft will be located at the Al Udeid air base, in Qatar, which will have a space for the manufacturer to work and supervise the use of the product. The first deliveries should take place in 2024.

6 Science Fiction Concepts That Can Be Real

A serious attack on freedom of expression