DC Comics’ most famous characters, Batman and Superman have always formed one of the publisher’s most interesting duos, mixing good doses of friendship with healthy rivalry. Now the partnership is repeated again in Infinite Frontier #4, a story in which President Superman (Calvin Ellis, from Earth-23) and Batman “Flashpoint” (Thomas Wayne, from the Flashpoint saga) begin to forge a union that should last long after the saga comes to an end.

The relationship between the heroes is initiated by President Superman, who convinces the Incarnate Justice group (a variation of the Justice League that now takes care of the Multiverse, or rather the DC Omniverse) to investigate the Batman Flashpoint after its appearance triggers the events that guide it. the series. In the latest installment of the series, Thomas Wayne (the Bat-Man’s secret identity in this reality) is invited to visit the Fortress of Solitude, which is now located inside the Oval Office of the White House of the United States — something that indicates a strong friendship between the characters. 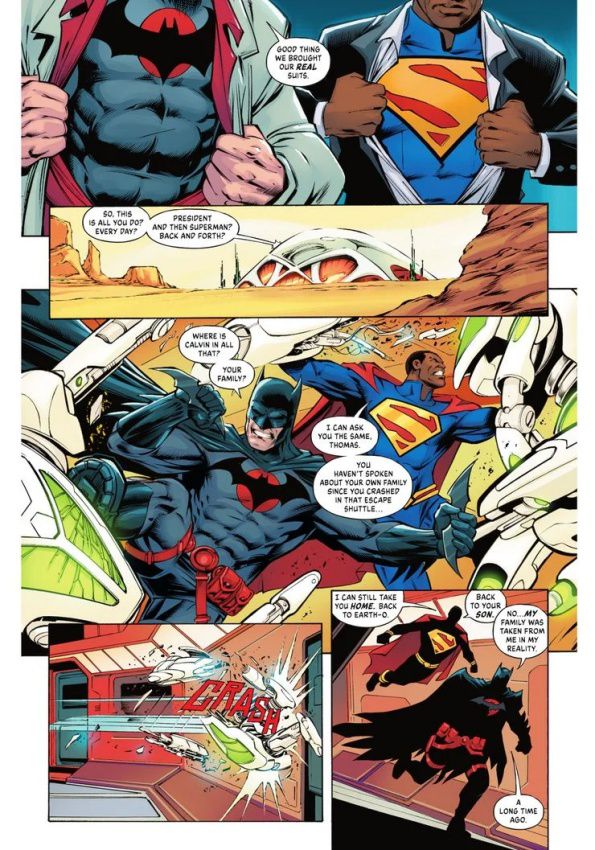 The issue also shows the heroes’ unity strengthening as they battle a series of robots developed by the villain Lex Luthor. However, the biggest indication that the partnership is strong and should last for a long time is the announcement of the new DC Comics League of Justice Incarnate series — with a total of five issues, it promises to be the second installment of the Infinite Frontier saga, marked by the re-release of all monthly comics of the editor in May of this year.

New version of the Justice League

Among the elements that should be explored in the story is the personality of Thomas Wayne, who brings an even lonelier personality to Batman — the figure he became after the death of his son Bruce. In addition to him and President Superman, the alternate version of the Justice League is made up of Captain Earth-26 Carrot, Mary Marvel of Earth-5, and Aquawoman of Earth-11. 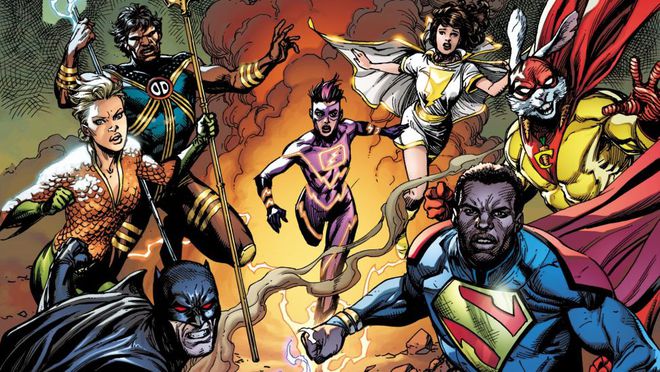 The team also has the participation of the Flash of Earth-0/Primordial, who was arrested by the villains Darkseid and Psychic Pirate, great antagonists of Infinite Frontier. The series also introduces us to figures such as Avery Ho, the Earth-0 Chinese Flash, and Earth-8’s Dr. Multiverse, a completely new character created with the great saga in mind.

Infinite Frontier #4 is now available in US specialty stores, as well as in apps that allow digital shopping and reading. The forecast is that the series will come to an end soon, giving way to the first edition of Liga da Justiça Incarnada, which is scheduled for release in November this year.

App Google Assistant also has a version with visual Material You; check out

PS4, PS5: The Sims, GTA and more games on sale on PS Store

Discover 3 products that will make your kitchen super technological